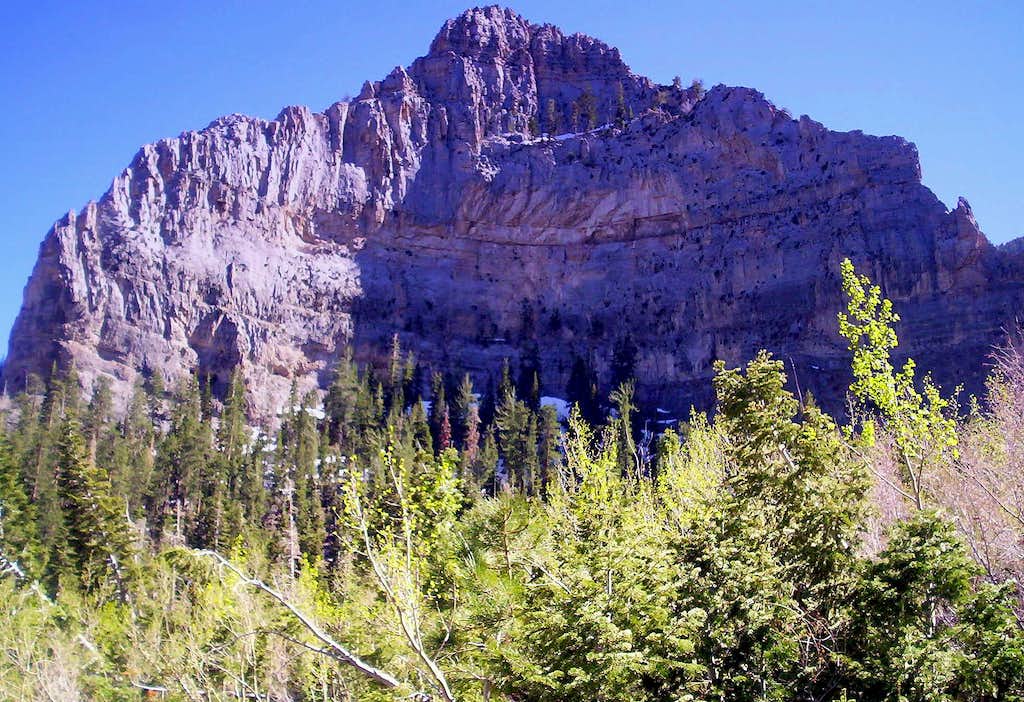 Geologically speaking, the bulk of southern NV's Spring Mountains is composed of layered and tilted limestone that formed some 500 million years ago as sediments settling in ancient seas. This is the north face of 8,360' Echo Cliff, as seen from the Cathedral Rock trail in Mazie Canyon. Recent geological evidence suggests that NV's Spring Mountains were the southernmost glaciated range in the Great Basin, the last glacier melting at the end of the Ice Age about 20,000 years ago. If you take a good look at the north face of Echo Cliff, you'll notice that the entire face is curved inward in the form of a glacial-carved cirque. Even if glaciers never got this far south, these limestone cliffs can ROCK the imagination far enough into recognizing the faint ECHOES of a strange and distant rock tune from days gone by.
« PREV NEXT »

Thanks, but I didn't climb it.

I was just drinking in the scenic wonder of
the place.

There's nothing that brightens up my day
better than staring up at a wall of rock!