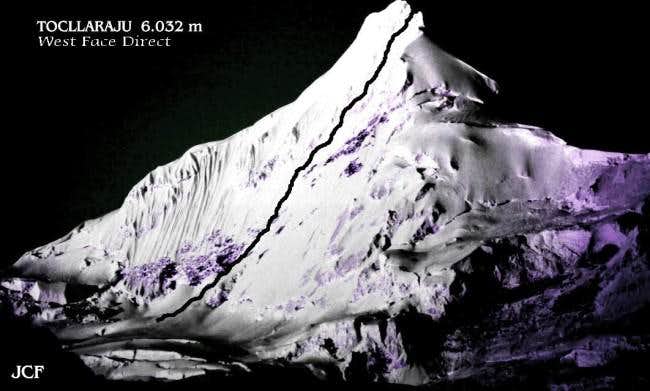 Obvious line starting from the base of the west face. Depending on the season it might not be possible to attempt it; the later the season the worst. It is recomended a very early start to avoid a very soupy-snow ascent. From camp 1 (5.300m) traverse rightwards under the West Face and climb a line on the South end wich skirts the upper serac barrier on the right to join the south ridge 100m from the summit, 5-7 h from camp. And climb the snow mushroom.