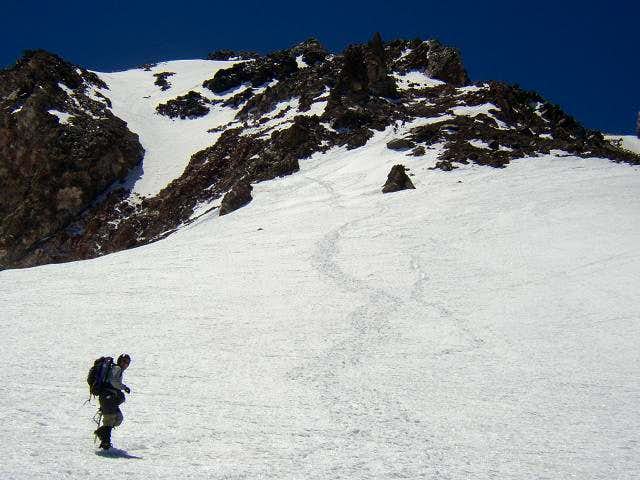 10-July-2005: Mark Wetters heading up The Step, at around 13000' after climbing the Hotlum-Bolam ridge route. The two prominent rock towers are called The Rabbit Ears. A class 2 scramble / use trail traverses around right, eventually up to the summit plateau - three climbers are seen descending. The Hotlum Headwall is off to the left, and the route of the right Hotlum Ice Gully is just next to it (currently just packed snow according to another party we encountered below northgate high camp).
« PREV NEXT »

Sure, rime ice everywhere all over the rocks at the higher elevations, and there was a nice coating in the upper part of the glissade chute (fortunate for us because we started late and things were getting mushy elsewhere).