A pair of well-camouflaged... 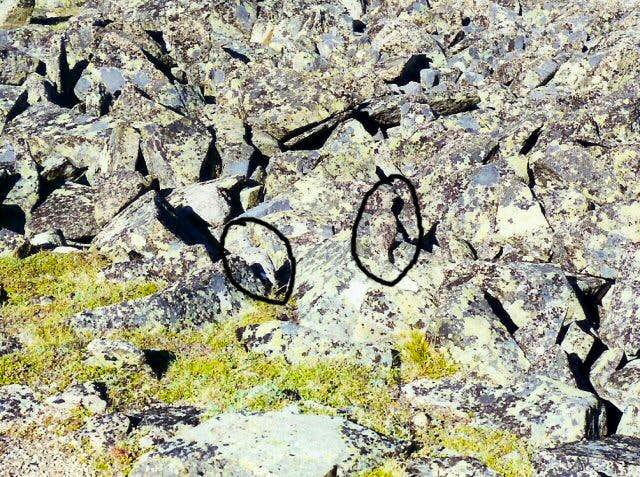 A pair of well-camouflaged White Tailed Ptarmigan (circled) forage in the felsenmeer on the summit of Armstrong Mountain. 8/24/99
« PREV NEXT »

Re: Man, that's the best

Thanks. It's probably the best such photo I've ever taken. They just walked by slowly, stepping and hopping among the rocks, and continued on their way. They stopped every few moments to give a wary glance in my direction, which afforded me a good chance for a picture. They certainly need that coloration to survive the summer in an area which is also home to sharp-eyed Golden Eagles, among the other raptors and predators.