A peak of the Moses Mount 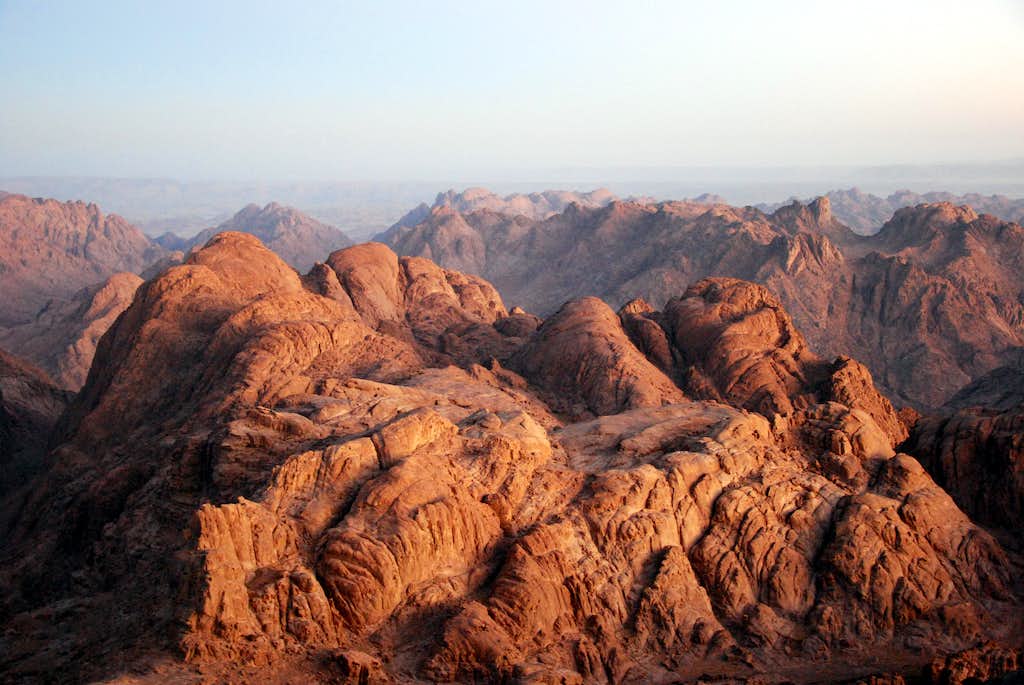 The Biblical Mount Sinai is an ambiguously located mountain at which the Hebrew Bible states that the Ten Commandments were given to Moses by God. In certain biblical passages these events are described as having transpired at Mount Horeb. Sinai and Horeb are generally considered to refer to the same place although there is a small body of opinion that the two names may refer to different locations. According to the biblical account, after leaving Egypt and crossing the Red Sea, the Israelites arrived to the ground below the holy mountain and gathered there in anticipation of the words of God. Even prior to the Israelite encounter with Sinai, the ground of the mountain was considered holy, when Moses first found the burning bush upon the mountain (named as Horeb in the first instance).
« PREV NEXT »