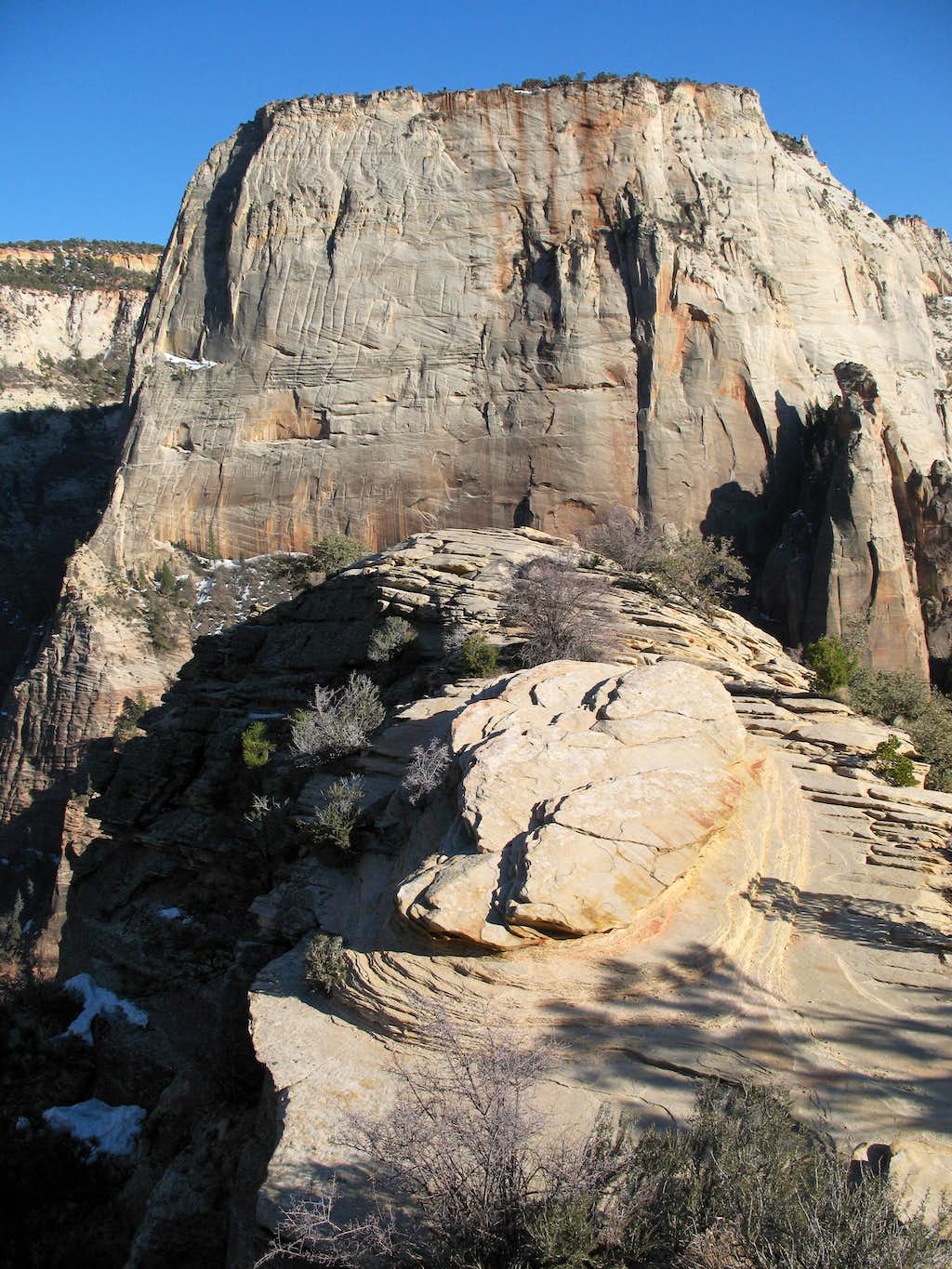 ...on a warm spring afternoon in Zion: the summit of Angels Landing unoccupied (except by me, of course). The vast majority of the people I scrambled around on my way up never completed that final half-mile, and I was able to wait out the few others who did summit and enjoy the views all to myself. The Great White Throne is the dramatic formation in the background. Zion National Park, UT-- April 2008
« PREV NEXT »

Hardly even recognized it...

with the lack of people and all!

Re: Hardly even recognized it...

The third time up there for me, and probably the prettiest day. The first time was gray and chilly, and the second time was at dawn, which gave me total solitude almost the whole time (didn't see anyone else until heading back down Walter's Wiggles), but it was actually too early because the light wasn't really in the canyon yet. This past time was the afternoon of the same day we drove by you guys. I didn't really want to go up because of the crowds, but my wife wanted to try it, so we went. When we got to the chains (which, of course, I refuse to touch), there was a line of about 25 people inching along. I asked my wife if she wanted me to stay with her, and she told me to go ahead, and I just scrambled past all of them and was able to enjoy the rest.

Anyway, most of those people, including my wife, never made it all the way. In fact, there were never more than 10 up there for the 45 minutes I spent up top hanging out.

That trail is an interesting illustration of the differences between those who like to climb and those who just like hiking. I don't think the exposure along the route is anything to worry about since it's easy to stay well away from the sheer drops, and I bet you don't, either, but so many people get really scared, and it just amazes me. I wonder if the chains actually have a perverse effect and make people think the route is more dangerous than it is, causing the jams and turnarounds and freezes. Personally, I think the chains are a bad idea because they attract so many people who probably shouldn't be out there. Without them, the overlook at the junction with the West Rim Trail would be enough for most people, and only a few would think to venture beyond.

If I ever do it again, it'll probably be with my kids, which would be fun. But hiking a trail like that on my own, at least at that time of day, has just become such a turnoff to me.

But I guess it's all relative and all good; I'm sure many a 5.10 climber would consider the stuff I like doing to be nothing but a bore!

Re: Hardly even recognized it...

Despite the crowds, Angels Landing is a classic. But I agree that the chains being removed would probably cut down on the number of visitors. But those visitors who shouldn't be there but go up anyway...could get ugly.

I got to enjoy the summit mostly alone (just me and a couple friends) on my most recent trip up there. 'Course, we did it during a big storm (pouring rain, wind, etc).

Loading....
Angels Landing-- To Climb or Not to Climb?(Trip Report)