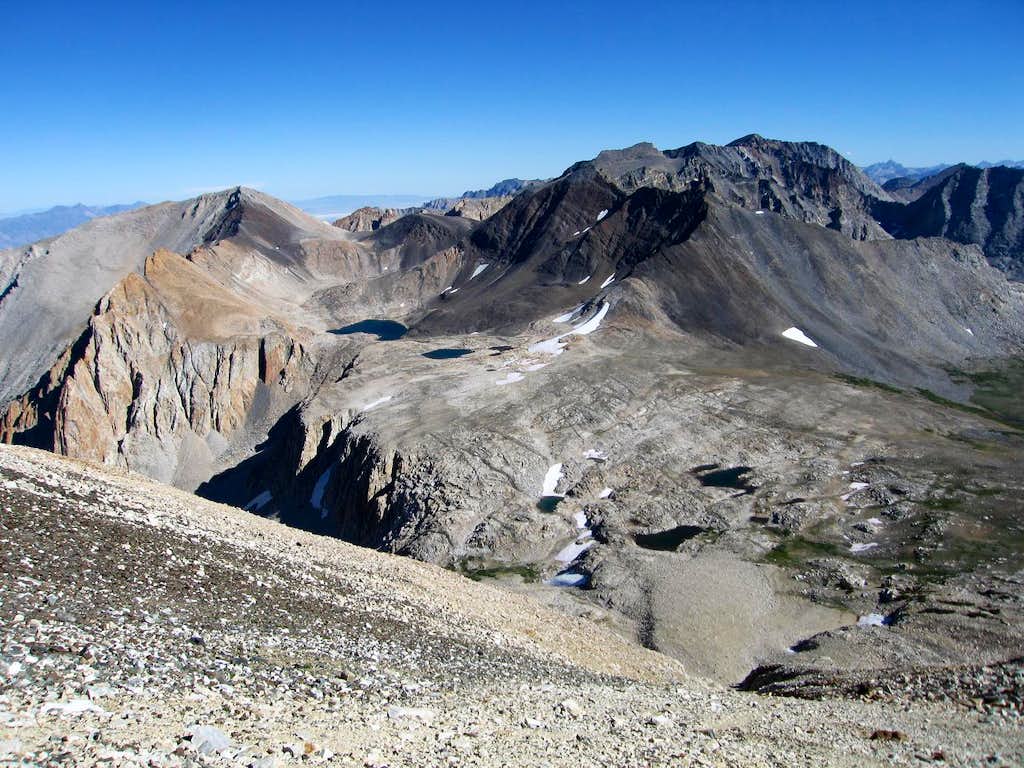 Looking south from the upper slopes of Cardinal Mountain to Taboose Pass and its many tarns and lakes. Goodale Mountain is the obvious peak on the left (with the large dark patch on both sides of the north ridge below the summit). Mount Pinchot is the highest rounded nob in the right portion of the photo, and Striped Mountain is the second rise to the left of Pinchot, with its relatively smooth looking north slope visible. Picture taken August 2008
« PREV NEXT »