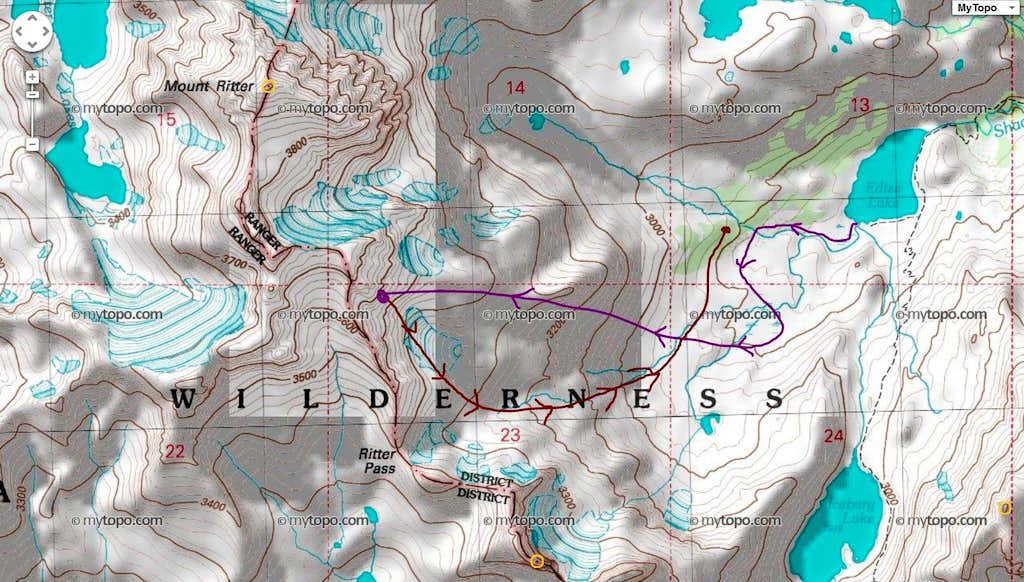 We followed the wrong stream (meant to follow the one northwest of it.
« PREV NEXT »

Clyde Variation
From the west-most end of Lake Ediza, ascend "Banner Creek" northwest to 3050m elevation. Approach lower slopes directly west, then ascend the gully that is just south of the SE Glacier, angling WSW (map marked as having small snowfields). Ascend gully to about 3400m, then traverse north to join the SE Glacier. Your route was in the "Ritter Pass" bowl, and off-route both up and back.