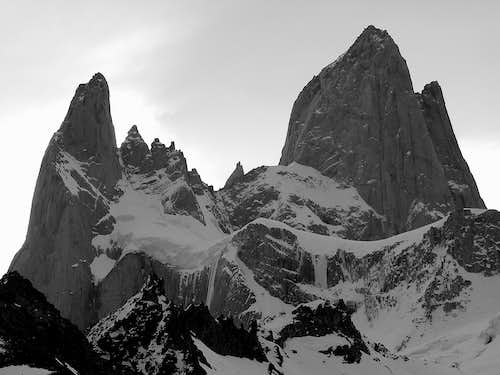 The Aguja Poincenot is located in the northern part of Parque Nacional Los Glaciares, in Argentinian Patagonia. This granite spire is part of the FitzRoy range that stretches (south to north) from Cerro Techado Negro (2152m) to Cerro Electrico (2257m). Its closest neighbor is the world-famous Cerro FitzRoy (3375m - also known as Cerro Chalten). 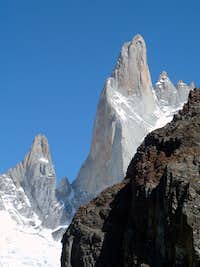 However, they decided to carry on with the expedition. Eventually, Guido Magnone and Lionel Terray managed to reach the summit of FitzRoy. And to keep the memory of the presence of Jacques Poincenot in the team, they decided to give its name to the elegant spire located South of FitzRoy.

Getting There and Staying 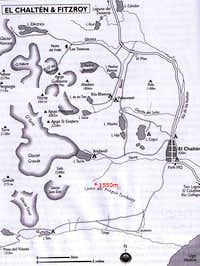 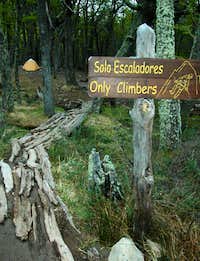 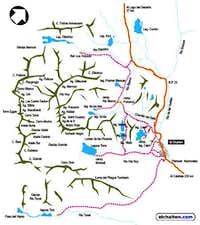 The most common is by bus from El Calafate. There are 1 or 2 buses per day, taking 4 hours.
Two companies run this service : CalTur and Chalten Travel.

Second solution : you can come from Villa O'Higgins in Chile (southern end of the Carretera Austral) by boat (once to twice a week) across Lago O'Higgins. Then hike for 25 kms and take a second boat on Lago del Desierto. From there, there is an evening bus to El Chalten. All details on this incredible crossing : Cruce VOH a El Chalten.

LODGING
As far as accommodation is concerned, there are several youth hostels and campsites in town. One I can recommend that offers both beds and campgrounds is El Refugio, located on the main street (6$ per night and per bed / 2$ per night and per person in tent).  Kitchen facility and hot shower included in the bed price.

BASE CAMP
To reach the base camp of Aguja Poincenot, you need to take the trail goes towards Laguna de Los Tres. Shortly after having gone through Campamento Poincenot (campground for hikers) you will reach Campamento Rio Blanco (meant for climbers - alt. 750m). About 2h/2h30 are required for this campground. 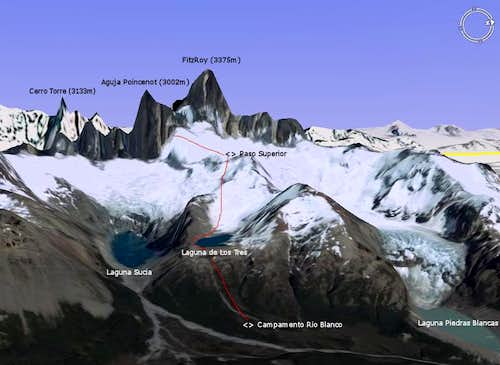 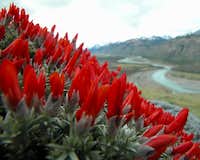 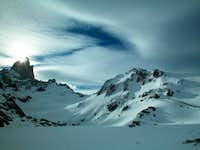 Aguja Poincenot is part of the Parque Nacional Los Glaciares. A permit is required to ascend this peak. You can obtain it at the main office in El Calafate.

As any protected area, it is forbidden to camp outside the campsite, or lit fires. Take all trash away with you.

Be aware that in Patagonia the weather can change brutally. From warm sun to snowstorm in a few hours of hours, any time of the year. Take warm and waterproof clothes with you, and be ready for tough conditions. The best time to climb would be between December to February, but there can be stronger wind during these months. 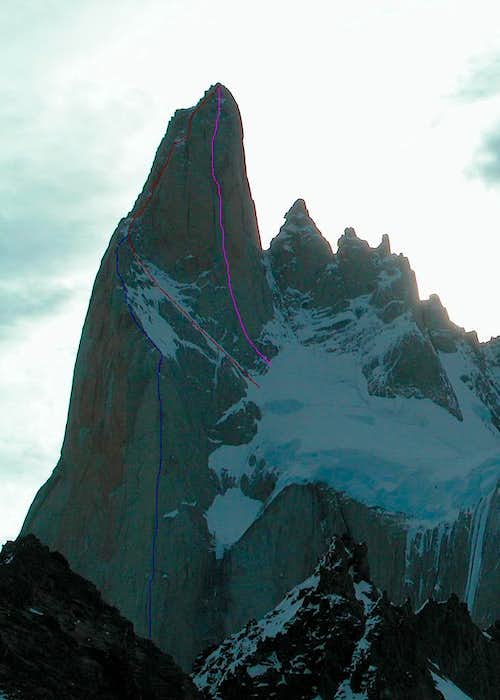 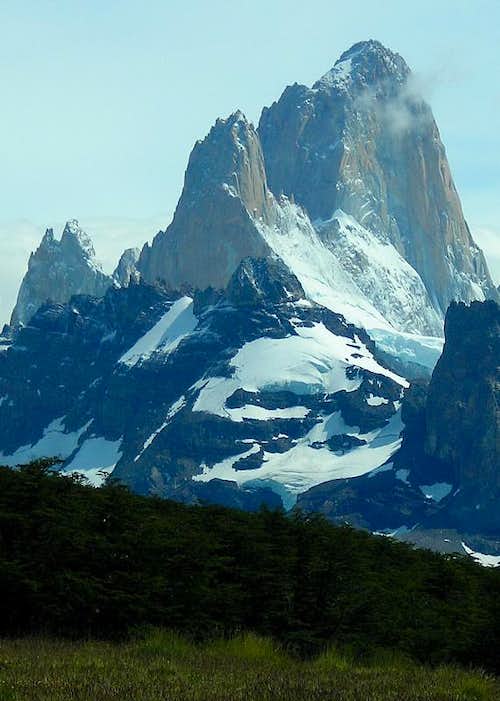