Important and imposing mountain, it is the highest summit along the border ridge that goes from the sea to Colle della Seigne. It is easily seen from Valgrisenche, the main center of the namesake valley. 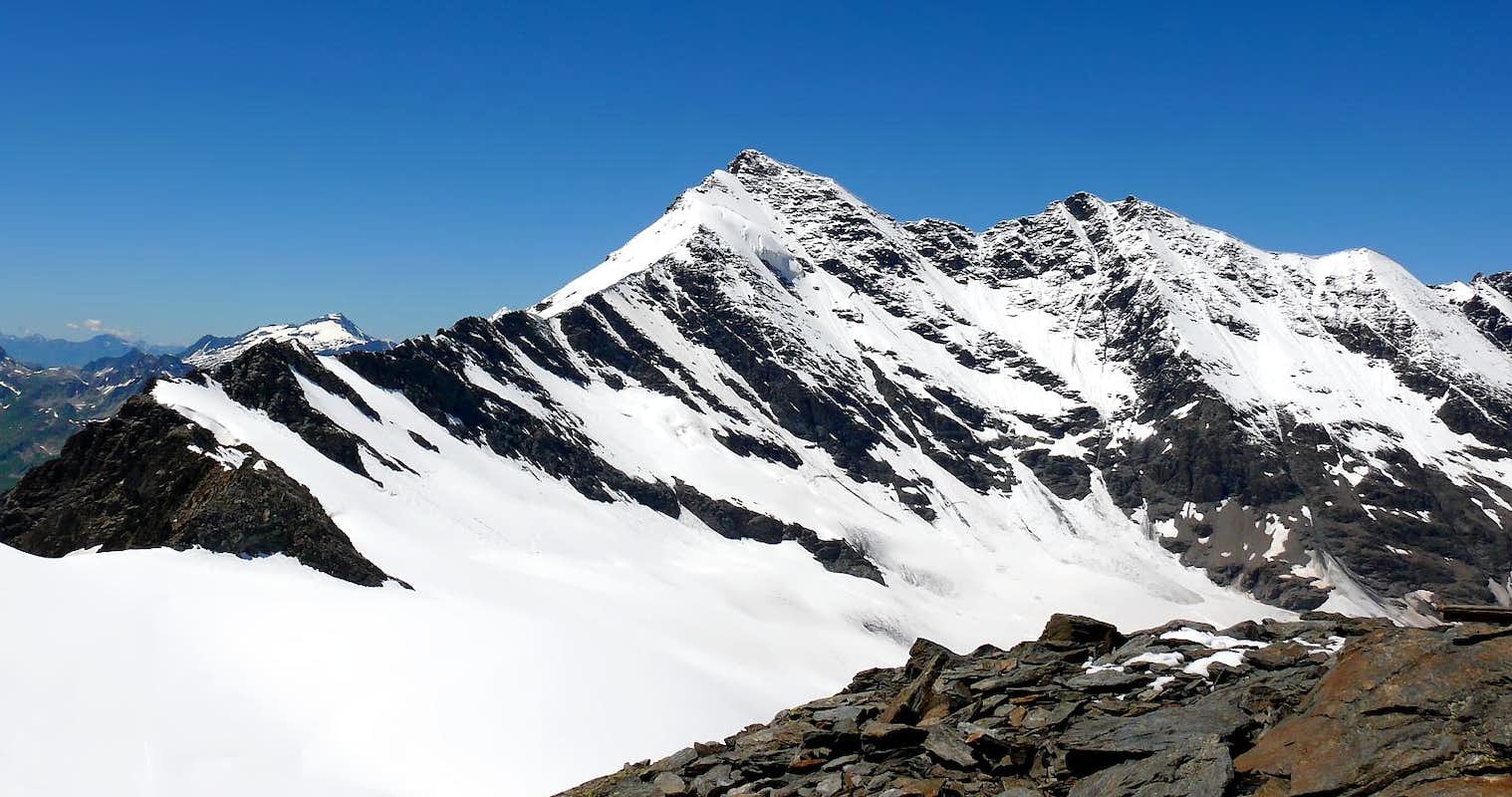 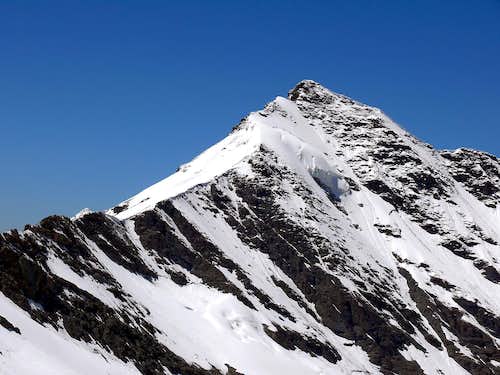 The route described here is the Italian Standard Route along the southeast ridge from Colle Orientale della Sassière (3.274m). The true standard route is the west ridge, from Glacier de la Sassière (north) and Rèserve Naturelle de la Grande Sassière (south), which is entirely in France.
Starting from the parking near the Village of Usellières (1.758m), continue on foot on the dirt road that leads to Rifugio Mario Bezzi (2.284m; two hours from the parking lot). From Rifugio Mario Bezzi (2.284m) take trail 12c (Alta Via N°4) that gently rises through meadows in the southeast direction. Turn south and traverse a grassy slope below Pian di Vaudet; cross the stream named La Cuire and the next one that flows from Ghiacciaio di Bassac, below Grand Traversière, to reach a bench strewn with large boulders left by a rockfall. Climb SSE up ridges where grass alternates with scree. Following numerous cairns, surmount a broken rock band along a gully which is below the Glacier of Bassac Déré. The gully leads to a head with rocks and grass. From there, continue on level ground to pass three bends in the glacier with good views of several tarns below. Once at the northeast boundary of Ghiacciaio di Gliairetta, trail 12c turns east to go round Col Bassac Déré, between Punta Bassac Déré (N) and Becca della Traversière (S). Leave the trail and trace a wide arc aiming south toward Colle Orientale (East) della Sassière with Becca della Traversière (3.337m) to the east. Reach the col after crossing the bergschrund. (Leave another, higher bergschrund to your west.) A short slope with an angle between 30° and 35° takes to the the border (ESE) ridge with an elevation gain of less than 150m. Pass a flat rocky and snowy hump on the Val d’Isère side, and with minimal loss of elevation reach Colle Occidentale (3.240m).
From there, follow the crest of the ridge or stay slightly below on the south side (toward Val d'Isère) on easy rocky ledges. Pass points 3.278 and 3.307 by an easy cliff (still on the south side) and gradually turn northwest, passing point 3.407 along easy slabs with cracks and gullies filled with detritus, and aiming for the summit tower. (In this stretch, it is possible to find small cornices to the north).


The summit tower consists of 70/80 meters of broken rocks that are easily climbed (I or maybe II) along a gully and rocky steps. From the tower continue on easy ground to the summit (3.751m), paying close attention in case of fresh snow.

Descent: by the same route.

This route is rated PD+. Pay attention to the many crevasses of Ghiacciaio di Gliairetta and, on the ridge, to the north-facing cornices. 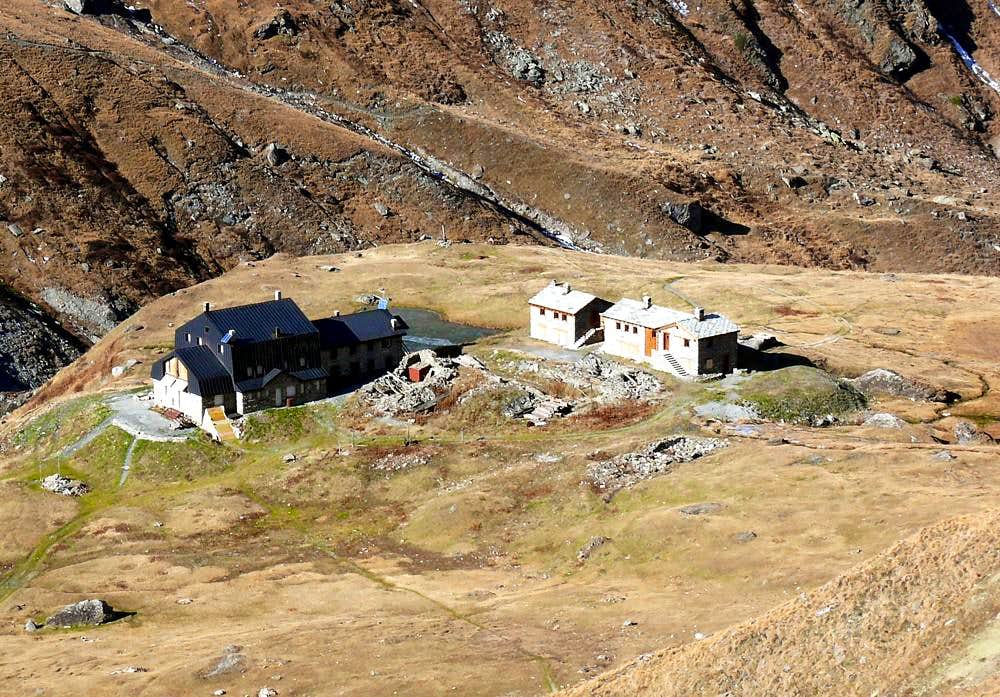 Remember that free camping is forbidden (except for emergency reasons, over 2.500m, from darkness until dawn).

I am greatly indebted to my friend "Osva" for the detailed description of the route.