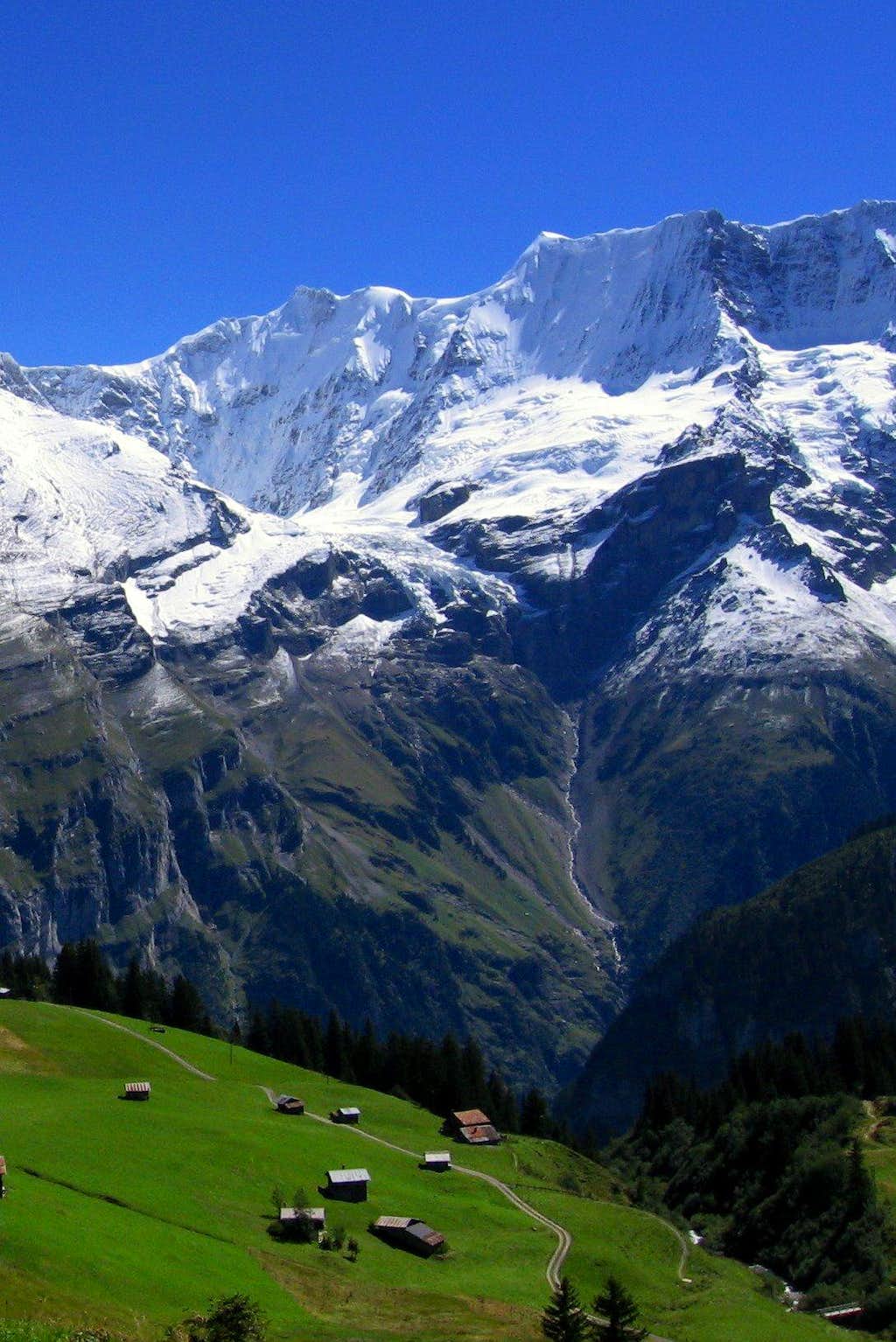 Gletscherhorn(3983m) and Ebenefluh (3962m). The picture has been taken from a route above the Murren village,Berner Oberland, Switzerland.
« PREV NEXT »

... a lot. This kind of alpine landscape is always nice to look at.
Forget about Holland, move to France ! ;o)

Thank a lot! Yeah I think you may be right! Holland is great, but for me as mountain-lover I really was born in the wrong country:P the highest peak 'We' have is an amazing 350meters high haha

I really like the contrast of those colors changing from blue, over white into olive and strong green.

This mountains northface is a challenge for every mountaineer.

But not only for mountaineers: just some weeks ago a German-military Tornado-jet chrashed into the face during a training-flight. Impact was where the rocky triangle can be seen right in the middle of the image between both ice faces. The pilot died, the 2nd pilot could escape by shooting himself out of the plane before the impact. His parachute got stuck somewhere in the rocks and he got rescued.
The face was burning from Kerosine for some hours after the impact and you could see the parts of the plane spreaded around the glacier below.

Thanks for your comment, I am glad you like the picture.
Impressive and sad story, Thanks for sharing that with me and everyone else.
Best regards, Lodewijk

This picture really gives a good impression of the steepness and cold conditions in the faces. The picture most be taken after a bad weather period? The snow has a perfect white colour, and the grass is very green :-)
Greetz, Jurgen

Yeah you're right, I've come to this area for many years, but the conditions for making pictures like this where never as good as the day I took this one! The colours really stand out! Thanks for your comment, Cheers! Lo

Thanks!! It was a great view that day!
Cheers!

Fantastic contrast on this photo!!!

Thank you very much for the comment!
A happy new year to you!
Cheers, Lodewijk