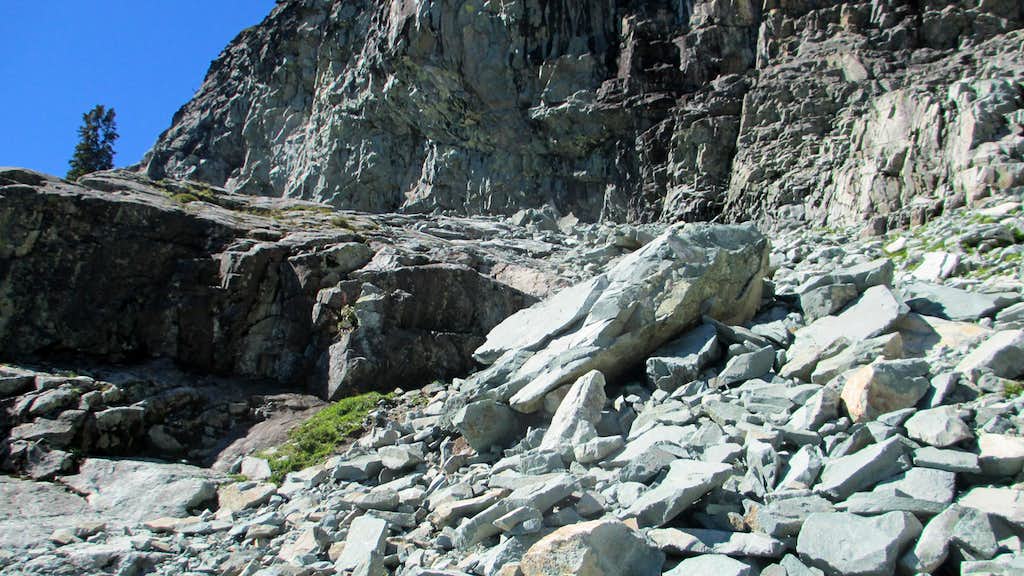 The standard route up Chikamin follows a talus slope to slabs that lead to the Four Brothers/Chikamin saddle. The talus is extremely loose so I chose to use the "ramp" shown leading to the left in this photo. This "ramp" is to the right of the talus slope as you are ascending. It was definitely not as loose as the talus slope, which I descended. However, there is a ledge, that I estimate being about 4 feet high near the top of the ramp, and I remember it being an awkward climb getting up this move, which I'd rate at Class 3. Shortly after that move there is short descent of maybe 10 feet down a gully to get back to the standard route just below the slabs. Glacier Lake Route Chikamin Peak August 31, 2013
« PREV NEXT »

These are all good pictures

You should attach all of your pictures to the Chikamin Peak page for route-finding purposes. They are very useful.

Re: These are all good pictures

Thanks Tom! I've attached about a dozen of my pics to both the Mountain page as well as the Glacier Lake Route page.

Beautiful area on a beautiful day...just wish I would have reached the summit. Should have a TR up in the next few days.

Re: These are all good pictures

Thanks for attaching, Mark. Don't feel bad about not reaching the summit. It took me 3 tries, and the first time we were only a hundred feet from the top with the weather coming in.