An evening at Rush Lake 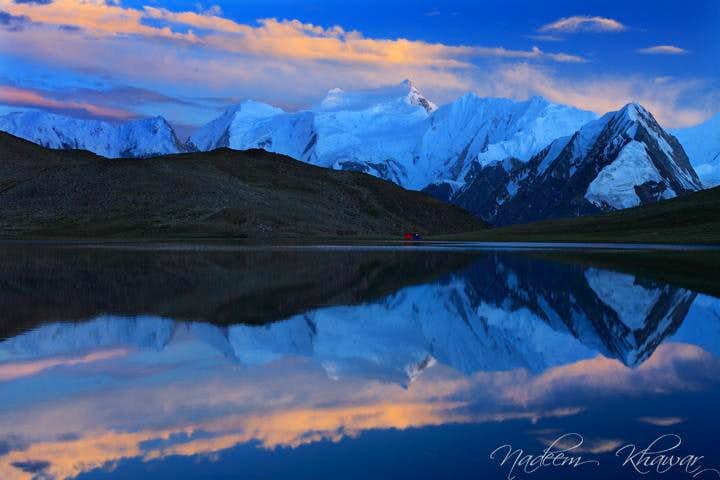 Rush Lake is a high altitude lake , 4,694 meters high from sea level. It is one of the highest alpine lakes in the world. It is located Is Nagar valley, Gigit Baltistan, Pakistan and in front of Malubitang group 7,458 m (24,469 ft). Malubiting lies in the heart of the Rakaposhi-Haramosh Mountains, which rise above the north bank of the Indus River between its tributaries the Hunza River and the Shigar River. Malubiting lies about 40 km east-southeast of Rakaposhi, and about 50 km east of Gilgit, the most important town in the region. Malubiting rises steeply over the Phuparash River to the southwest, while on the east the large Chogo Lungma Glacier starts on its slopes. Malubiting was unsuccessfully attempted in 1955, 1959, 1968, 1969 and 1970 and 1971 before the first ascent in 1971. In that year an Austrian team led by Horst Schindlbacher reached the summit via the Northeast Ridge, ascending the North Peak and skirting the Central Peak on the way.
« PREV NEXT »