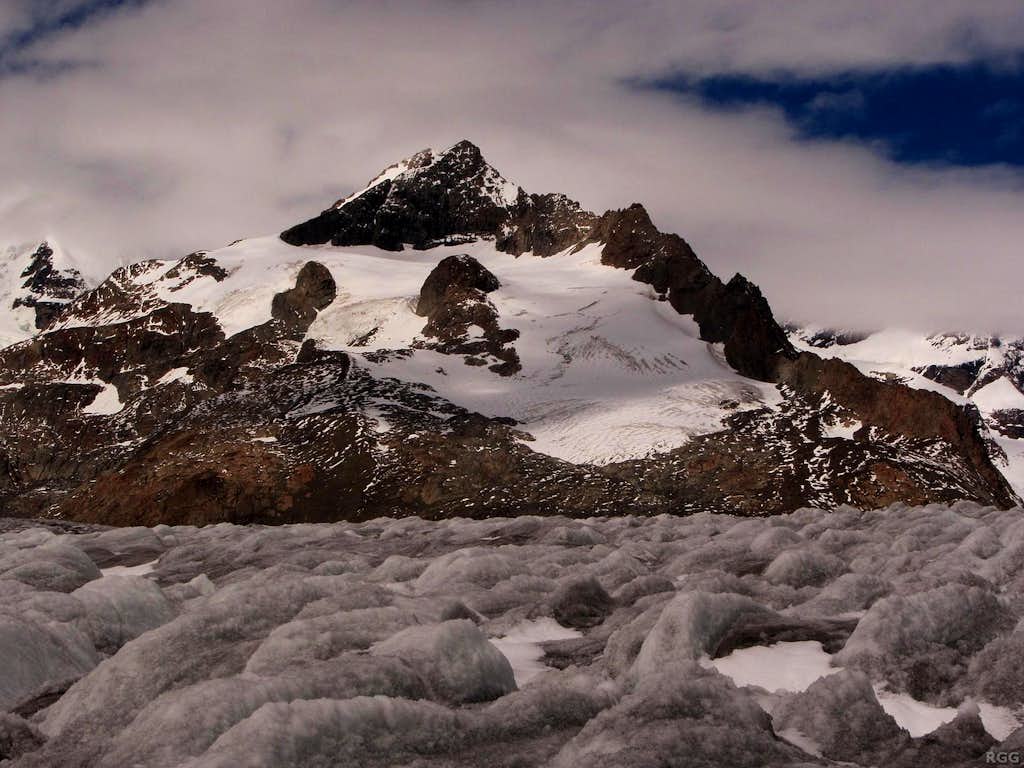 This unnamed peak lies just NW of Konkordiaplatz, a wide, fairly level area just above 2700 m on the Grosser Aletschglacier. Even though it shows no name for it, the Swiss topo map gives an elevation of 3666 m. The contour lines on the same map also show that, hidden behind it from this point of view, the saddle to the next higher peak is still above 3580m, which means it doesn't have all that much prominence. However, many peaks in the Alps with much less prominence still have a name, so I would have expected this peak to have one too. Maybe it does, and it's just not on the map. The coordinates given are from where I took this picture. 3 September 2014.
« PREV NEXT »