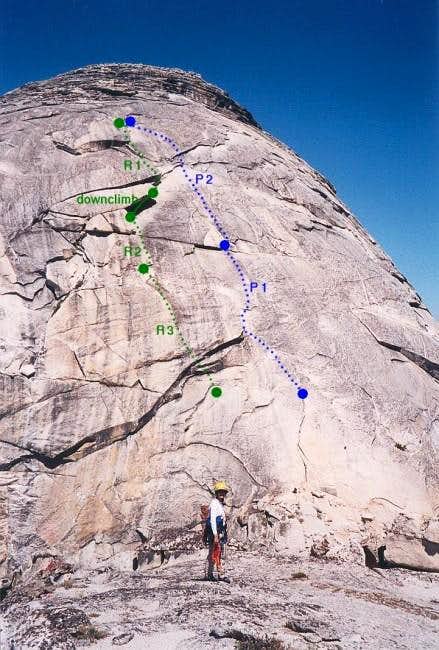 Annotated photo describing our climb of Starr King. Each pitch was 40+ meters in length. Thus with a single 60m rope on rappel, we were unable to do it elegantly. From the topmost anchor (slings with a ring), I rappelled and anchored. Kim downled to a dodgy pair of slings in the "cave" on the left. A short (10m) rappel led to another station, which consisted of two slings attached to pitons. The slings were not equalized, and tied together in such a way that failure of one piton would cause the whole rig to fail. So I tied overhand knots in the longer sling to equalize the anchor. The final rappel drops a full 30m over an obvious ledge, and ends at downclimbable terrain.
« PREV NEXT »