Although the routes at Arbor Wall are short ones, the wall is worth a visit for a few reasons:
The Texas Climbers Coalition does a nice job maintaining routes out here, but their hard work has also spoiled climbers somewhat. Many routes in the area have sport clips at the anchors, and thus a lot of climbers do not know how to make and clean anchors on bolts, rings, and chains. If you climb at Arbor Wall, be aware that most, if not all, routes have just chains at the anchors. Local ethics dictate that you lower and TR off your own gear and that the last climber cleans the anchors and lowers or raps. If you don't have the gear and the know-how to do these things, stick with places like Dead Cats that have the sport clips.
Austin Climbing: Sport Routes & Deep Water Solos by John Hogge, who has been heavily involved in route development in the Austin area, is the best source of climbing information for this area, but there is a mistake in one of the route diagrams in the second edition, resulting in some routes being mislabeled. In one case, this tells the reader that an 11c is a 5.8. See the Routes section for details and corrections. The third, latest edition corrects the mistakes. 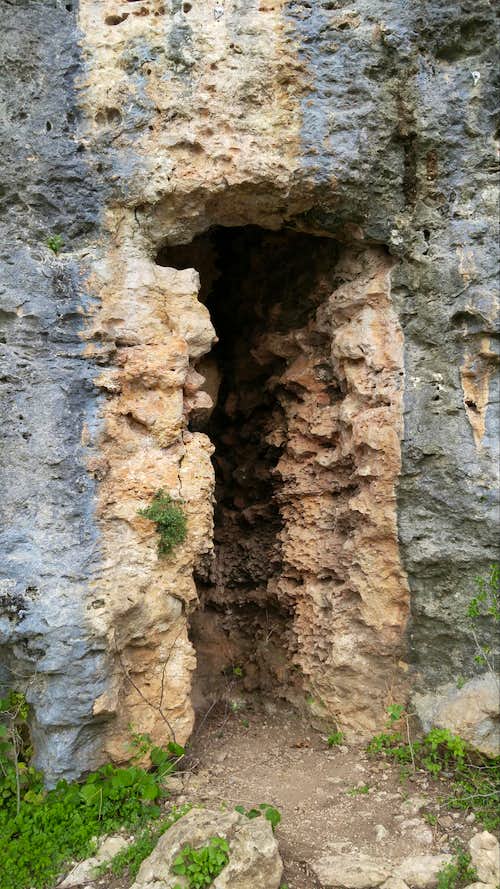 Reimers Ranch is located off Hamilton Pool Road about 6 miles west of its intersection with Ranch Road 12. It is about 45 minutes west from downtown Austin.
Once through the entrance station, drive about 1.8 mi and turn left into a large parking area signed for a pavilion and for climbing access.
Now you have two options to get to Arbor Wall. For your first visit, I recommend using the first option for the approach and the second to return, as it is a little easier to find and follow the second option from the crag.
Option 1: Park as close to the left end of the lot as possible. A sign points the way to "Climbers Canyon." Hike the trail and then drop into the top of the "canyon" where a spring creates a stream that soon empties into the Pedernales River. This stream includes a waterfall and some deep pools that are great places to cool off after climbing on a hot day. Hike by or through the stream until a trail becomes apparent. The trail through Sex Canyon (very slick in some spots) splits a number of times. Stay on the main path, not crossing the stream, until you reach a spot where a large fallen tree crosses the trail. Step over that tree and continue. After a short uphill stretch, you will see a spur leading to Serpent's Wall. Keep going; soon you approach Dead Cats. Look for the trail branching left and then bypassing Dead Cats below it. Follow this trail (can be a bit muddy and brushy) about 5 more minutes to Arbor Wall. It's easily recognizable by the huge hueco that is on the 8 It Grand (5.8) route. 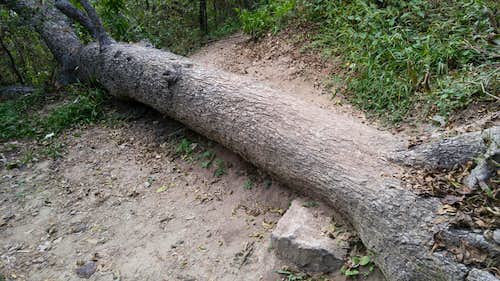 Junction
Option 2: This is the shortest approach; some use it as a shortcut to Dead Cats. Park at the right end of the lot. Take trails that head toward a large chimney structure. Before you reach a bend where the wall parallels the clifftop and the Pedernales River, there is a sign with climbing regulations, and a trail that takes you into a small drainage. Cross the drainage before things cliff out and then scramble down to the trail below. Make a narrow traverse under an overhang (watch your head if you're tall) and then intersect the main access trail close to 8 It Grand.
There actually is a third option: from the right end of the lot, you can hike roughly parallel to the river until the trail goes down to Hand Beyond Wall, the northernmost wall at Reimers. Then you head south for a few minutes to reach Arbor Wall. This approach is roughly the same length as Option 1 but is much less scenic. 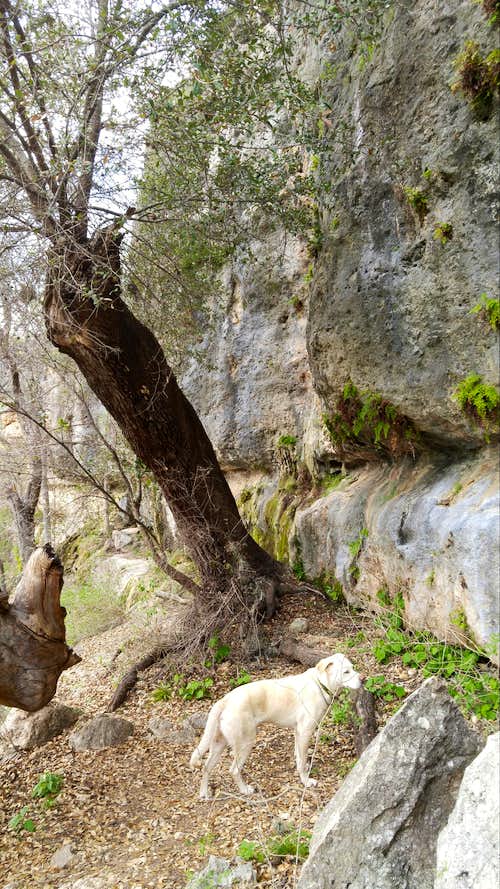 From left to right as you face the wall, these are the bolted lines (some have harder TR or lead variations):

The daily entry fee is currently $10. Annual passes are $100 and well worth it if you climb here a lot. I bought an annual pass in August and by October had come out more than 10 times. Plus, the annual pass is good for all Travis County parks. Unfortunately, the pass is a windshield decal, not a card. If you want a duplicate pass for a second vehicle, you get to pay $50 for it. Nice racket they have going there.
Opening and closing times vary by the season. Check the park website.

All year. Most of the walls face west.
In the very hot summer, climb here in the early morning or the late afternoon.

None inside the park.