I was young long before the advent of the Internet so for me, old pages of the National Geographic magazine revealed places of wonder such as the Rwenzori, New Guinea, and the Himalaya.  Over the past thirty years I have visited many of these lands of my childhood dreams but until this past summer had never ventured into the Earth’s higher latitudes.

However, prompted in part by national “leaders” striving to open the Arctic National Wildlife Refuge to oil drilling, I decided to make this location the focus of my next trip.  Of course, COVID hit, but after the delay of a year, I finally made it to the mountains, rivers, and plains of the refuge.

As a change from many trips that I’ve been on, I went on a commercial trip (with Chilkat Guides) and rafted the Kongakut River from deep within the Brooks Range to close to where it spills out onto the great coastal plains bordering the Arctic Ocean.

We passed through a land of boundless unnamed mountains and with rafting on tap only about half of the days, we had many days devoted purely to exploration, hikes, and for some fishing in the waters of the river.

ANWR is a land of caribou, wolves, bear, and musk oxen.  We are visitors there, and in that spirit, I’ve decided to simply show images of the mountains, animals, plants, and then the coastal plains of this great land. 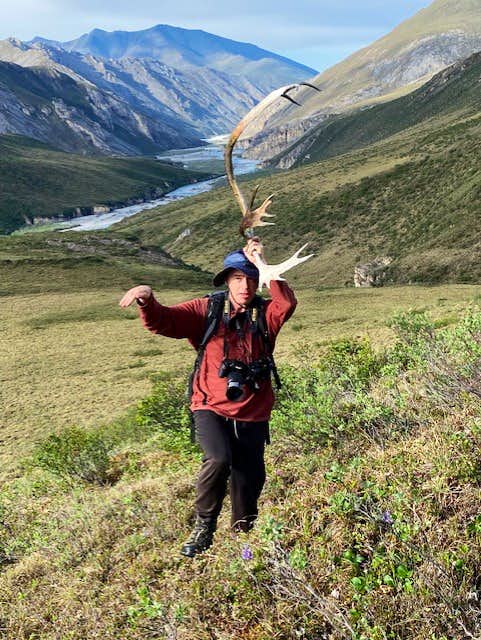 Pretending that I'm a Caribou... Photo by Austin

With others on the trip, I climbed some dozen peaks along the course of the Kongakut River.  We found that the walking was generally easy on tundra (although there are fields of hummocks to negotiate in places).  Generally, the rock was quite stable.  Even in places that loose scree seemed inevitable it generally was far more solid than appeared possible.  Many of the peaks had a sharp summit cap but we found that nearly universally, there would be an easy passage on the northeast side. 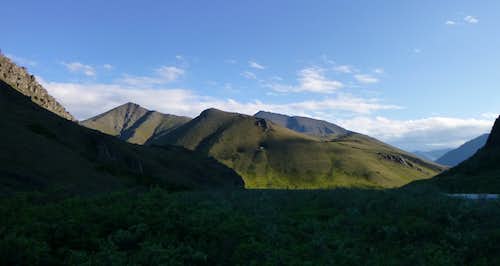 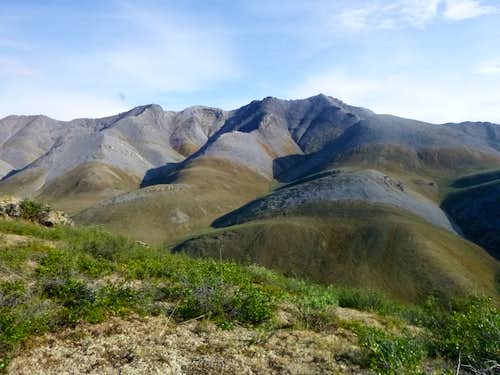 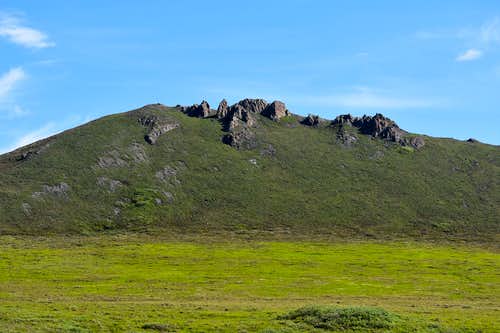 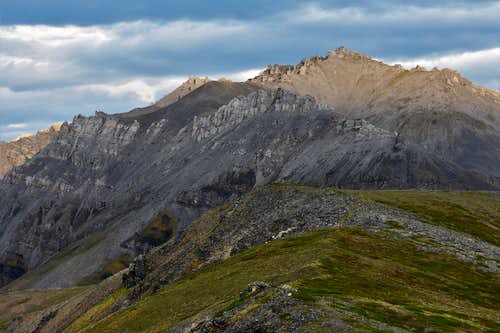 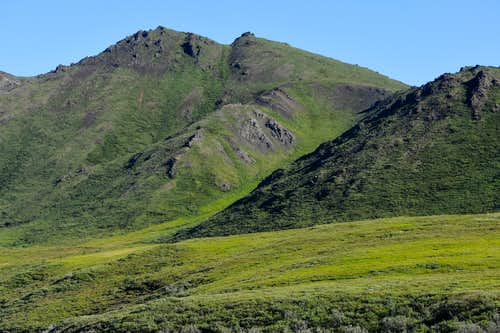 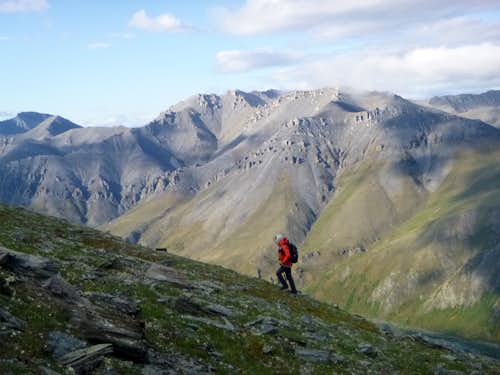 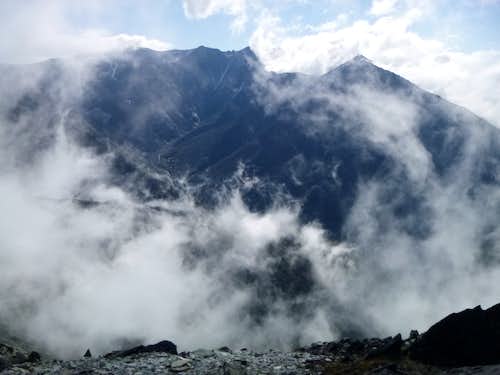 Land of the Midnight Sun

One of my goals for the trip was to experience the midnight sun.  The following pictures are of a hike that I took with Liam to the summit of a beautiful mountain near our camp.  We began our hike at 11:00 PM, reached the sun at about twenty minutes to midnight and reached the summit shortly after 1 in the morning, with the sun shining above the northern horizon.  By the time we returned to our tents at 2:30 AM, they too were in bright sunlight.  The latter two photos are by Liam as I left my camera in the tent by mistake. 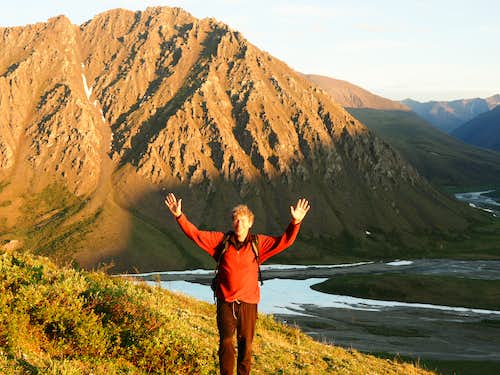 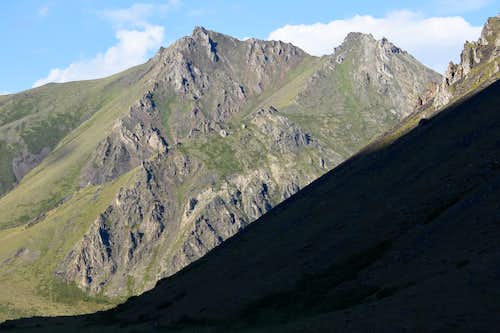 Peak that we climbed at Midnight... 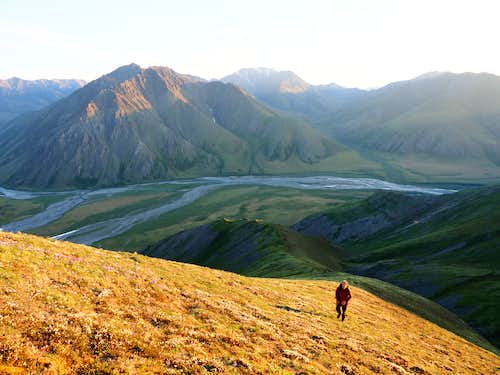 When I conceived of the trip, I hoped to see a musk ox as they are a relic of a different era.  I didn’t in my wildest thoughts conceive of waking on the final full day in the company of 30.000 caribou returning from their calving grounds.  Then, when we were waiting for the plane to pick us up, three wolves swung by our camp.  This is a truly magical place.

Some of the herd and a bear hunting 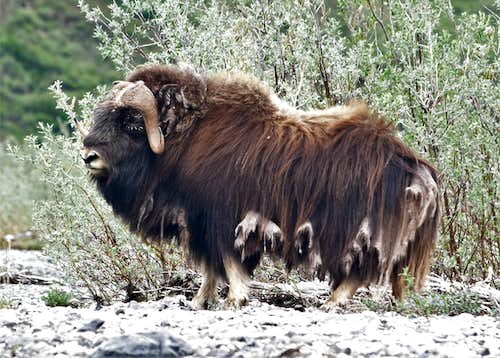 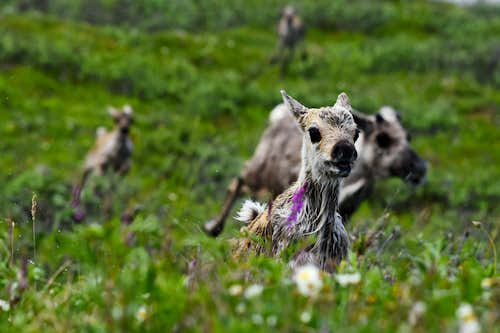 Young Caribou that made it past the bear... 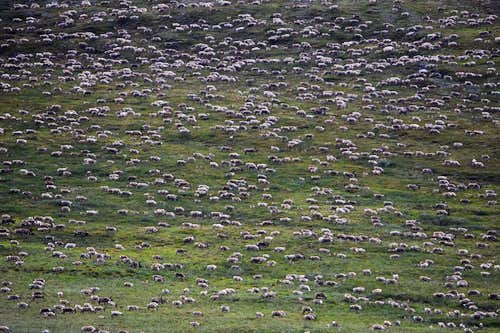 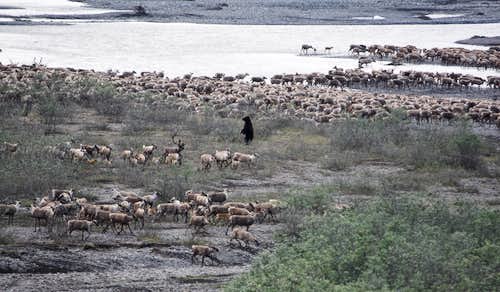 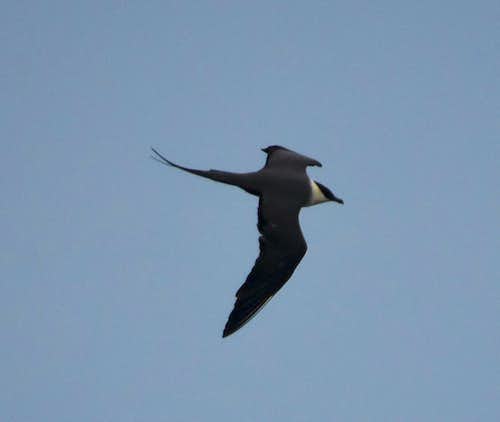 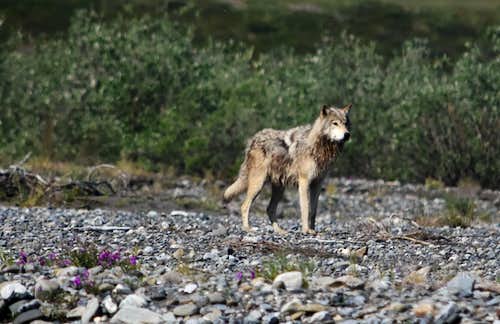 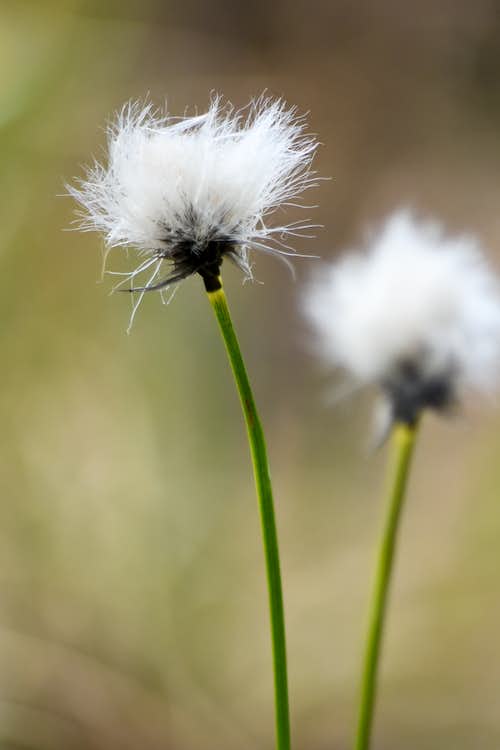 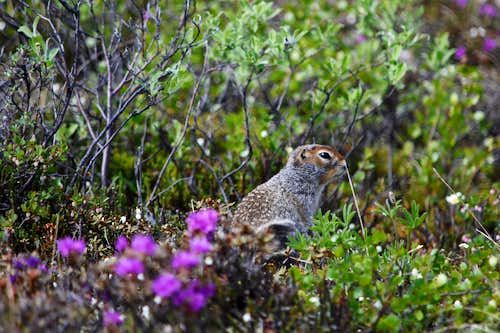 Flowers and an arctic groundsquirrel

This is the place that is being opened to oil drilling.  Being the heart of the caribou calving grounds, it is also considered by many to be the ecological heart of the reserve. 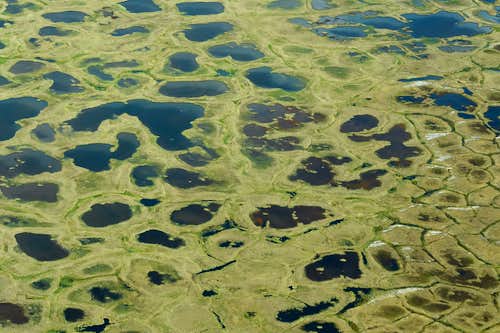 Patterns on the Coastal Plain 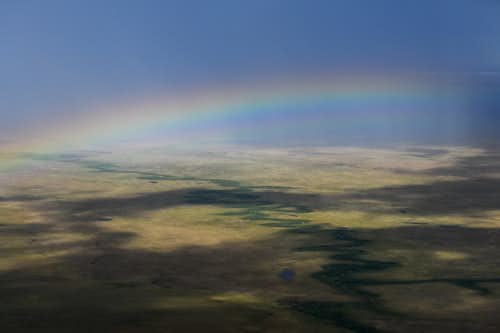 The Coastal Plain from the Air 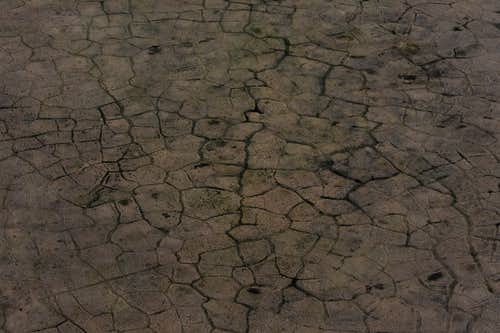 Cracks in the permafrost 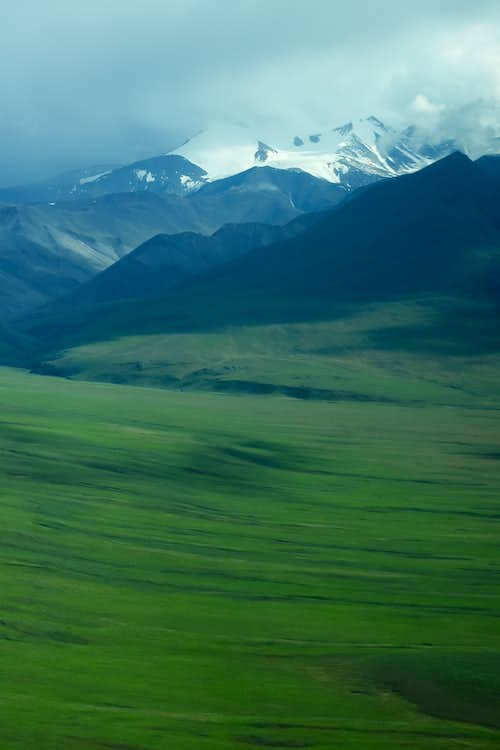 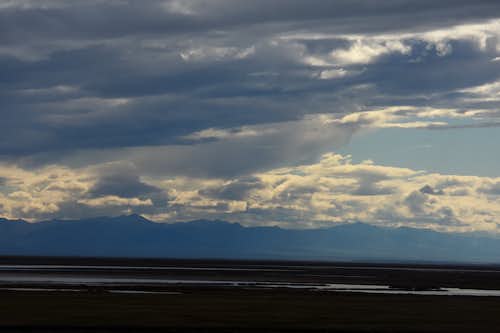 On the way to this trip, the plane flew over the amazing ranges of South East Alaska and the Yukon.  Here are some photos... 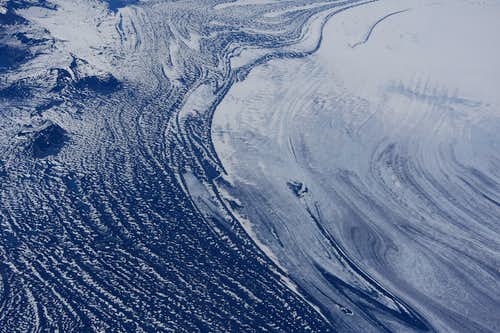 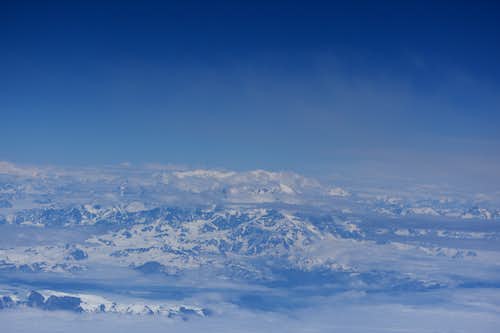 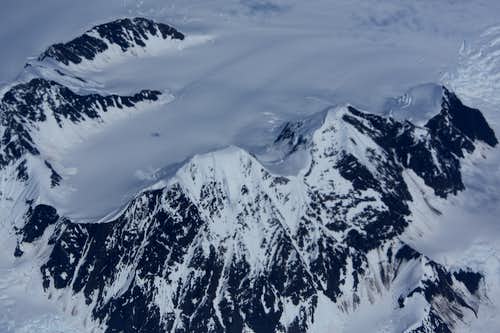 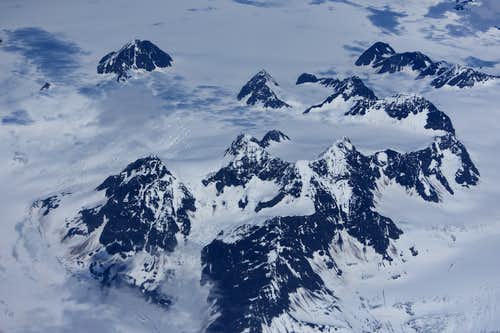 Not far from Mr. St. Elias

I made the following video after returning home set to the music of Julia Westlin with some of the photos shown here and many more...

What a great trip report.

Thanks for sharing your adventure in such a sublime place!

Re: What a great trip report.

Thanks for the kind words! ANWR is truly an amazing place and the experience was worth a year's wait!