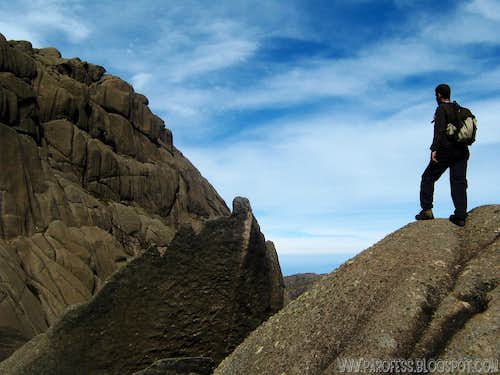 Me looking at the rock 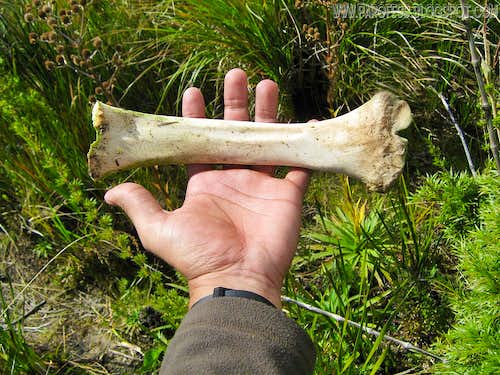 That was a femur bone of a medium sized mammal.
Asa de Hermes (or Hermes wing) is a big rock beside Agulhas Negras Peak, inside Itatiaia National Park, Brazil. Most of the brazilian mountaineers don't even try to get there because they're going up to the Agulhas Negras traverse, and just don't try this one so they can save energy. Or they just don't go, simple as that. 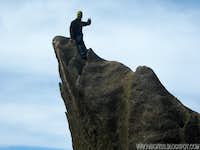 To this rock, you must follow the same route to Agulhas Negras Peak, but after the bridge something like 15 min, the trail is gonna split into 3 ways: Left to altar Peak, right to Agulhas Negras Peak and middle to Asa de Hermes rock. You have to take the middle of course. After a while te trail just ends. Pay attention to the cairns and follow them to the pass between the Unnamed Peak 1 and Agulhas Negras. After the pass, left turn and scramble up till you reach the rock. There's a summit visitors book to sign at.

Don't expect this to be easy, from the entrance of the park to the summit and come back, it can take up to 10 hours, it's up your shape.

Camping inside and outside the park is strictly forbidden and strongly fiscalized, don't even try that. There's is a camping site called alsene 2km outside the park down the road, but it is closed now for crimes against the flora, bastards!
I recomend to stay at some cheap hotel at Itamonte (R$ 50,00 - around uS$ 22.00). 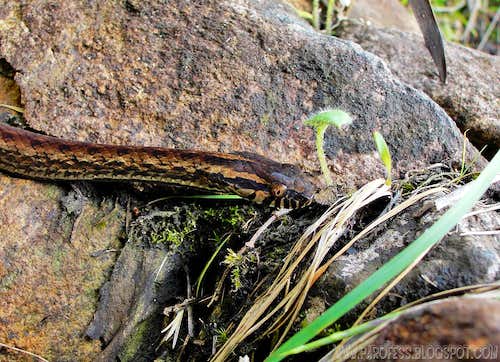 It almost bit me! heheheItatiaia National Park, aug 2009.
What’s forbidden:
At all costs, don't make fire or Deforest any places. Respect the nature and wildlife please!