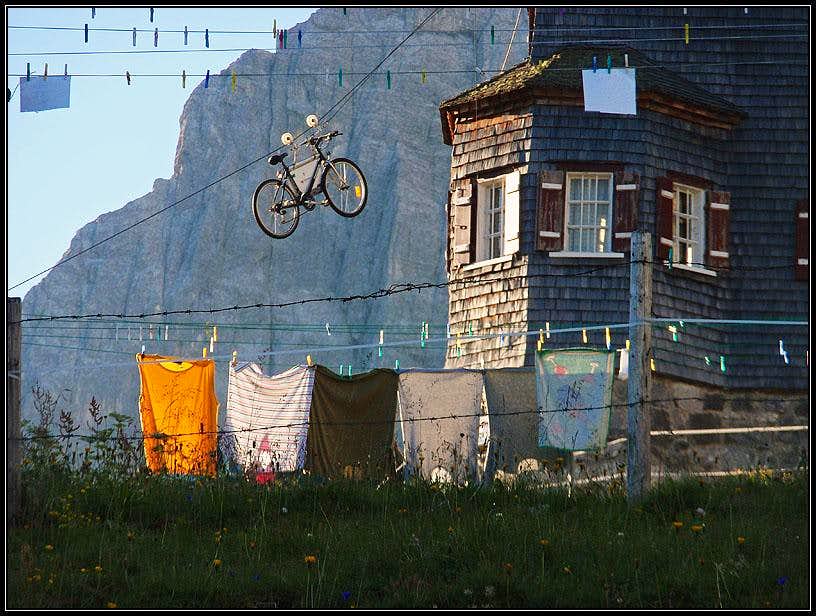 It looks that nowadays in Falkenhuette they bet most on mountain bikers. We saw a lot of them in summer 2001. Photo: Jasmina Pogačnik, August 1st, 2010.
« PREV NEXT »

So at the Falkenhütte as well...

Re: So at the Falkenhütte as well...

Yes, I can understand you, Eric. But it could be bikers or hikers or whoever other. I have nothing against them being in mountains. They mostly need mountain huts, and we mostly avoid them. So, all is fine. At the end also we came up there with bikes (with heavy backpacks and Jasmina with a city bike we half of the route walked up). It's so nice to whooosh down ;)

I will state it like this: as long as someone comes on a mountaibn with own forces, it's OK. But now they already produce bikes with small motors inside, which help you a little upwards. So, where will be the limit?

Re: So at the Falkenhütte as well...