At the summit next to the... 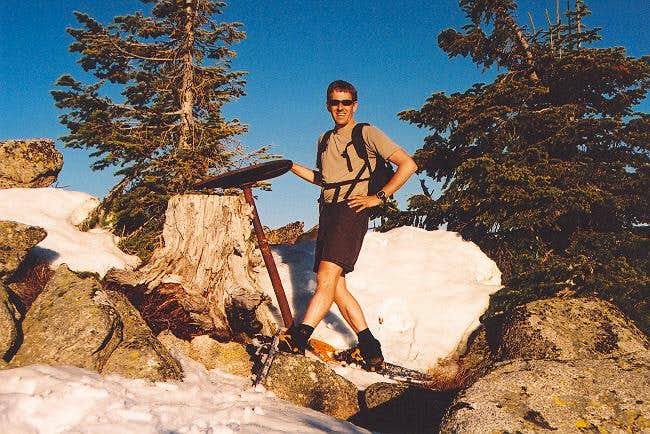 At the summit next to the Osborne Firefinder platform from bygone days when there was a lookout at the summit. Generally, the platform was imbedded in solid footings through the lookout floor such that if the lookout itself moved the firefinder would hold fast, for it was imperative it did not rotate else it would have to be re-calibrated (repositioned). Most lookouts today still have a firefinder of some sort in the middle of the room.
April 25, 2005.
« PREV NEXT »