B-29 on north side of the mountain 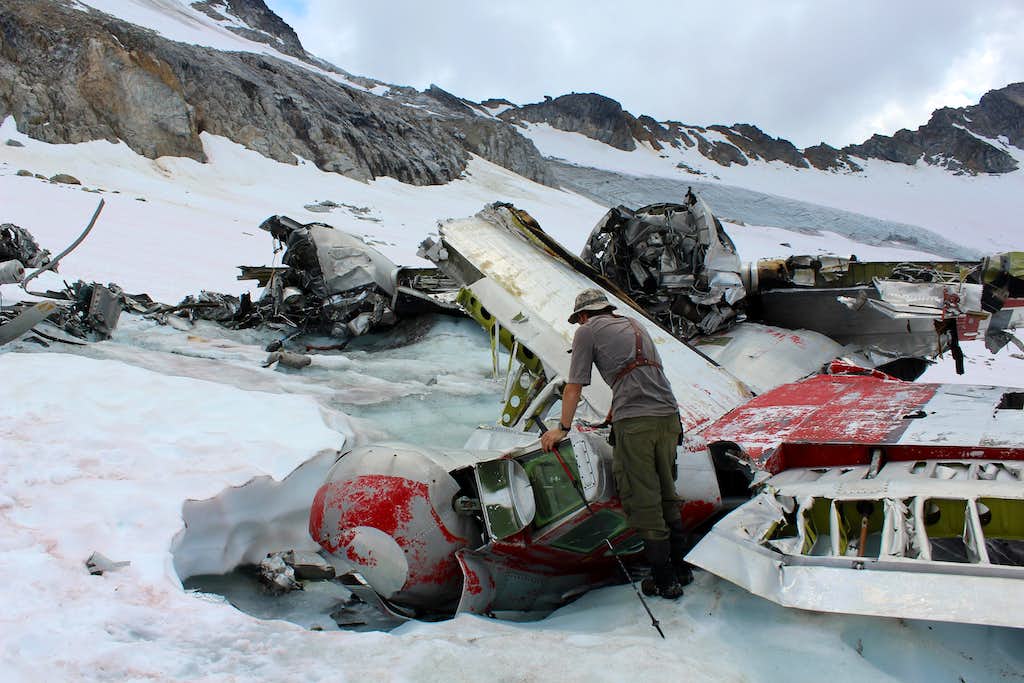 Bomber wreckage on the glacier north of Lynx Peak (2016). The plane struck the mountain in November of 1957 after straying off course on approach to Elmendorf Air Force Base. Six crewmen died, but several others survived due to the heroism of fellow airman Calvin Campbell, who received some press attention at the time because he was an early African-American recipient of the Soldier's Medal.
« PREV NEXT »