Bald Eagle Peak is a mid-elevation mountain located in the middle of the Alpine Lakes Wilderness of Washington. The peak is most notable to peakbaggers for being the 29th-highest peak on the "Home Court" Top 100 list, as well as the 93rd-steepest mountain on the "Master List" of steepest peaks in Washington with at least 400' of clean prominence. 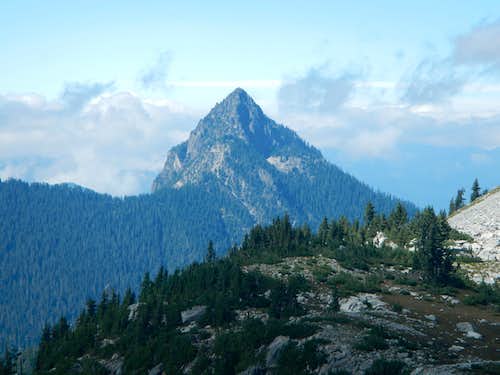 South Side of Bald Eagle Peak 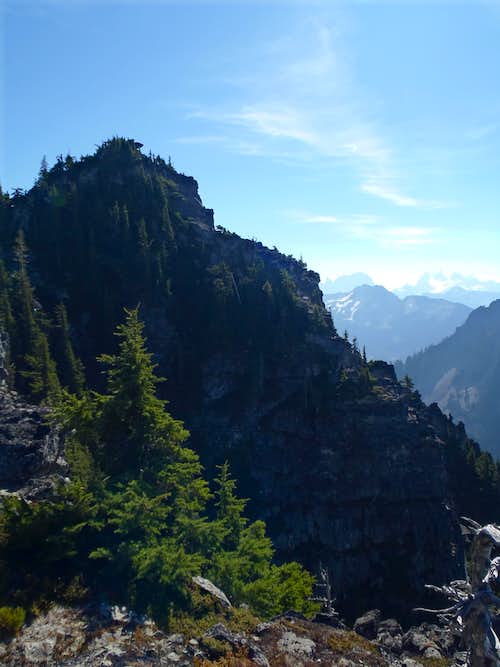 Bald Eagle Peak from standard (north) approach
Bald Eagle Peak is located between the West Fork and East Fork of Foss River. The mountain shares a U-shaped ridge massif with Silver Eagle Peak to the west and a highpoint unofficially named "Screeching Eagle Peak" to the southwest. At first glance, especially when looking at topographic maps, Bald Eagle Peak looks quite technical and perhaps even intimidating. However, the standard routes for the mountain tend to be fairly straightforward in concept and no more than Class 3-4 for technical difficulty. 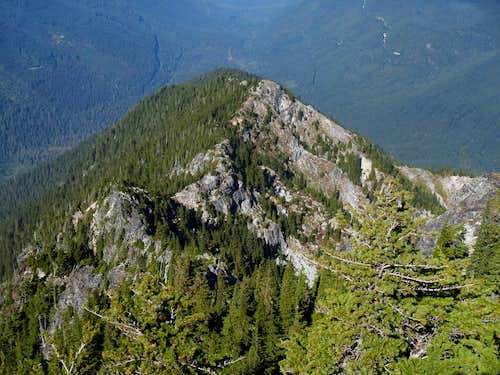 Looking Down At North Ridge...
Bald Eagle Peak was first summited by Hermann F. Ulrichs and Ben Falkenberg during May 1933, via the north ridge approach for the mountain. 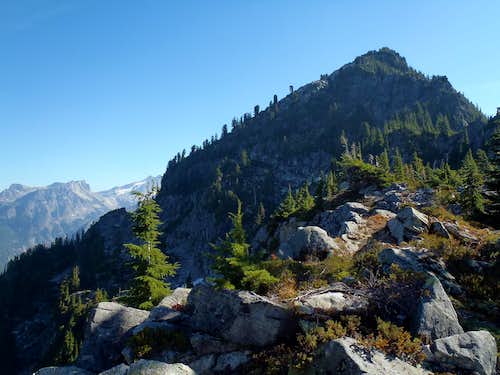 The quick answer: NO.

Current USGS maps, and maps created by many other mapmaking companies that used the USGS designations as a reference, incorrectly show Bald Eagle Peak as Point 6241 located immediately east of Malachite Peak and west of what is erroneously marked as "Silver Eagle Peak (Point 6259).

The major indicator that there might be a mapping error is that Bald Eagle Lake is found below the slopes of what many maps show as "Silver Eagle Peak" rather than what common sense would think would be "Bald Eagle Peak" as a result of the lake name connection. Furthermore, Point 6259 and Point 6241 have a minor sub-ridge in-parallel between them, and drainages to Bald Eagle Lake only occur from the side of the sub-ridge closest to Point 6259. 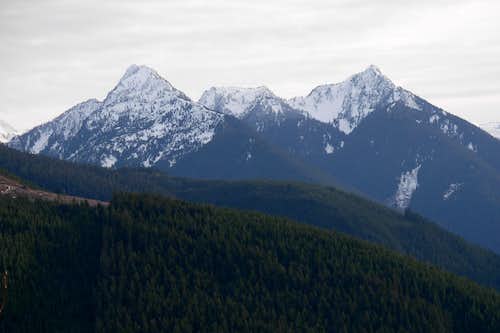 Local peakbagger Mike Collins attempted to determine where the name discrepancy originated. Here is the information he found:
"I went to review the maps extant for that area at the Allen Library of UW. Beckey is right. The USFS map of Snoqualmie National Forest from 1917 shows the highpoint directly to the east of Lake Malachite to be Silver Eagle Peak. Bald Eagle Peak is not depicted and Bald Eagle Lake is absent. Maps at this time did not show topographical lines. Silver Eagle Peak is shown by hachures which are just short lines radiating out from a central point. This won't change a thing as once a map gives a name it becomes fact. But if anyone was wondering about the discrepancy therein lies the answer."

1) Drive east along Highway 2 from Skykomish turnoff.
2) After 1.8 miles, take a right turn onto Foss River Road.
NOTE: After 1.2 miles, Foss River Road becomes a gravel road, Forest Road 68.
3) After 4.7 miles from Highway 2, turn left onto Forest Road 6835.
4) After 0.5 miles, approximately 200' beyond a small concrete bridge, park off the side of the road. This is the across the road from the lower northern end of the north ridge.

No parking permit or pass is required for the north ridge route, but having a "Northwest Forest Pass" is advised so passers-by do not think a vehicle is abandoned. Technically, the parking locations for the north ridge are not located in Alpine Lakes Wilderness, so it is possible that a "Discover Pass" might eventually be required.

A "Northwest Forest Pass" is required for the Necklace Valley Trailhead.

Trekking poles and GPS are considered essential gear. However, it is highly advised that summiters also take some form of traction device (such as microspikes or crampons) due to the steep forest-duff slopes encountered where a slip could potentially have disasterous consequences.

Bring plenty of water, especially for the north ridge approach. There are no water sources on the north ridge. The upper gullies might have some snow patches.

Contact the Skykomish Ranger Station for current rules and regulations for backcountry camping in the area. 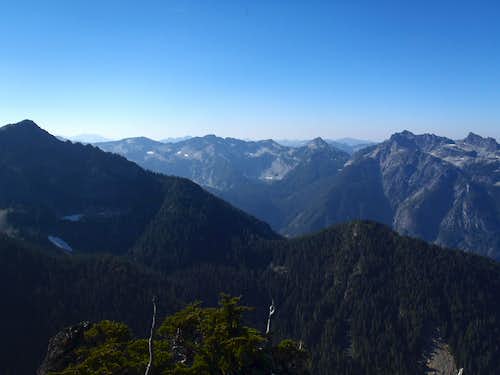