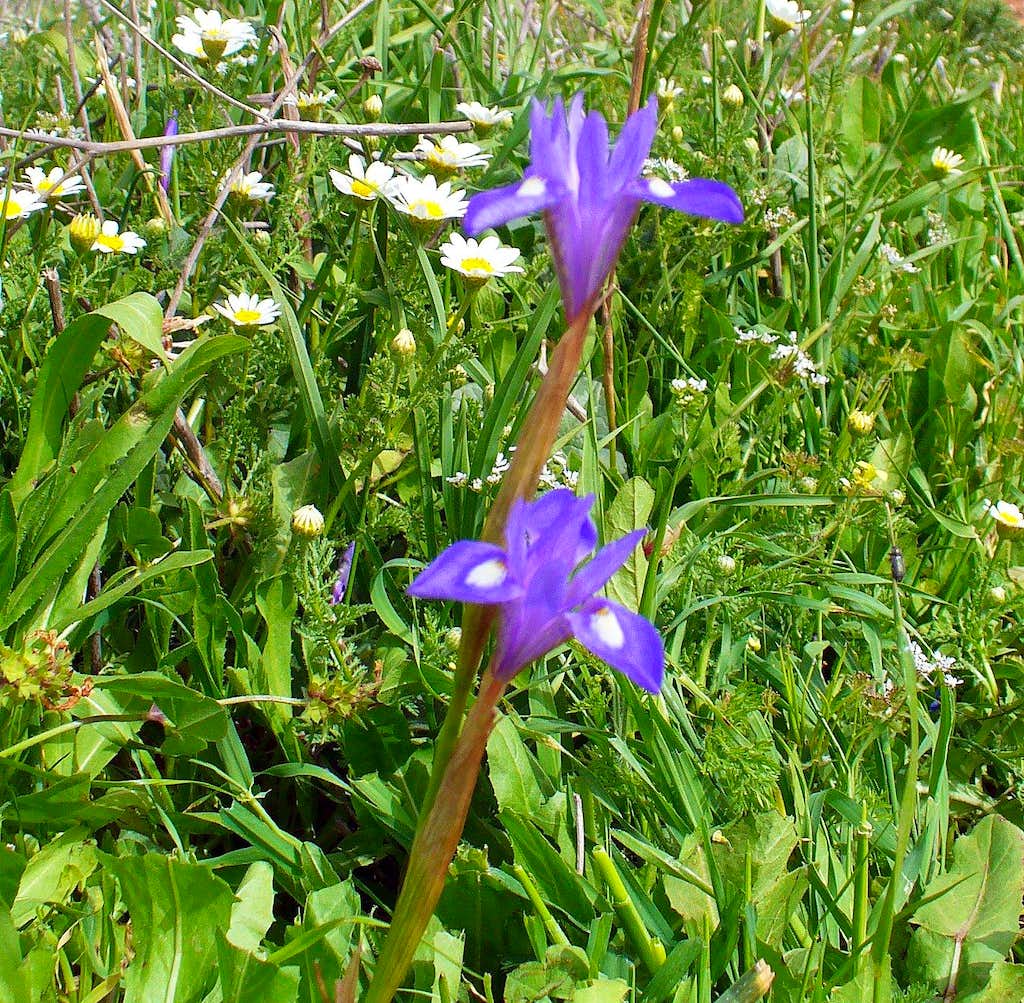 Barbary Nut (Gynandriris Sisyrinchium) is known in Hebrew as Tsaharon, or Noon Flower, for it is believed that it opens up at noon and wanes by dusk. Gynandriris flowers are indeed much more fleeting than the "regular" Irises. They were separated into a genus of their own in 1960s; the name Gynandriris, literally female-and-male iris, comes from a particular juxtaposition of pestils and stamens in their flowers. The Tsaharon, common throughout Mediterranean and the Middle East, is not to be confused with the famous endemic Gilboa Iris, Iris haynei. Gilboa Mountains were famously cursed by King David after King Saul's three sons were slain in battle with the Philistines at its slopes, and King Saul himself fell on his sword. The curse was that no rain nor dew shall ever fall on the accursed hills, but after 3 millennia it must have worn thin, because today Gilboa is awash in flowers in spring. 3/18/08
« PREV NEXT »