Beautiful flowers on the Cez... 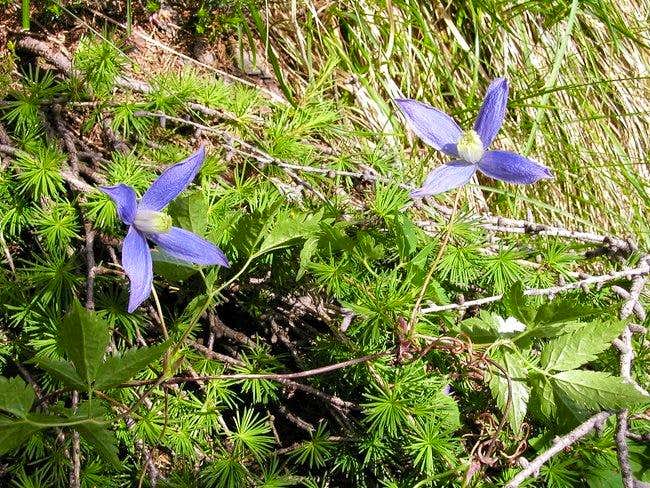 Beautiful indeed. It looks like some species of Clematis.

C. alpina is native mainly to the European Alps, as its name suggests, and is among the hardiest of clematis. In virtually all the cultivated forms it grows to a height of 6' to 8'. It is quite properly called a climber, but in truth may prefer to ramble. Being fibrous-rooted, it does not demand as much root-space as we customarily give to the large-flowered hybrids, and since the entire plant is compact, it is well suited to limited space or even a container. For most gardeners the two distinctions of the species and its cultivars are the abundant Spring flowers and the subsequent seedheads that go through several stages from green-and-gold to feathery gray, and often stay on the vine for months. It has 4 tepals as does the flower shown

Thanks for good information!!