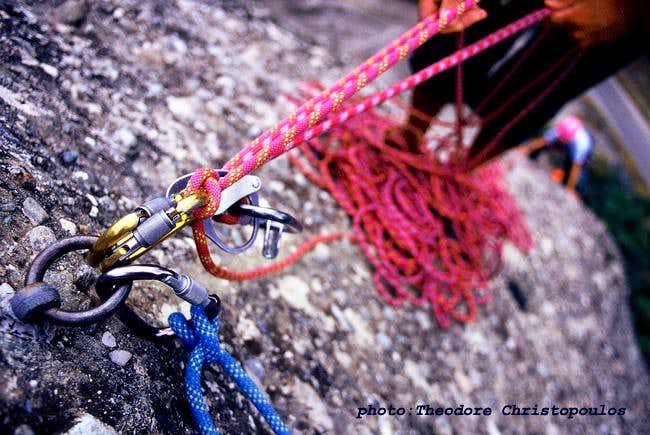 I looked at the page for this area, but was wondering - is it typical for belays to be just one bolt in this area ? Just curious.

Thanks.
Yes, most belays on the older routes are a single 16mm resin ring. The last years some popular routes have a second ring (mainly for better traffic control). Also some new routes has two expansion bolts (they have to be long, because the rock is relative soft).