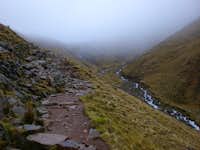 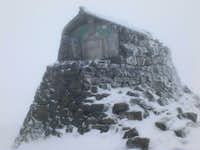 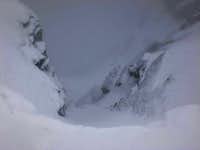 As I arrived at Fort William it was raining heavily on the small town with anger clouds all around. I use my Blackberry to Google the hostile I planned to stay, but interesting enough it pointing me to the wrong area in town as I obeyed my directions and drove up a steep road into the hills above. Clearly in the wrong area, I drove back down into the village and did what was done before GPS was available and asked someone in town. They pointed me in the general direction to Achintee and I made my way on a back road next to Allt a' Mhuilinn river to my base camp for this adventure, the Glen Nevis Youth Hostile.

Staying in a hostile is a treasure of life that brings you together with other like minds from all over the world. It is sort of like high camp with conveniences such as group lounge area, warm beds, full kitchen, and much more. I paid my £14 and moved into my 8 bed bunkroom which nobody was in at the moment. I explored the other areas of the hostile then took a quick break after a long day of travel. As a reward, I drove back into town and found an old Scottish pub serving fish and chips and stout beer. The pub was not busy but included a group of climbers speaking in a European language which their clothing spoke of their day of climbing. They drank and talked passionately about whatever they were talking about, left, and then came back for a few more beers as I sat enjoying my meal. After settling my tab, I cruised through the outskirts of town then decided it was best to head back and prepare for my morning climb up the Ben Nevis.

The standard route up Ben Nevis is Ben Path; a Pony Track built in 1883 that is the most popular ascent in the summer. It begins on the east side of Glen Nevis at 20 meters above sea level and can be intercepted via a bridge from the youth hostel. The path climbs steeply to the saddle by Lochan Meall an t-Suidhe at 570 meters where a decision was to be made. I could continue to the right up the standard route and ascend the series of zig-zags up the remaining 700 meters to the stony west flank of Ben Nevis or I could descend slightly to the left toward the CIC Hut, a private hut owned by the Scottish Mountaineering Club, and ascend the Carn Mòr Dearg, a lesser peak connected by the Carn Mòr Dearg Arête to a summit of Ben Nevis requiring modest scrambling ability (in summer) and a head for heights.