A perfect granite, a superb environment, a good approach trail, several logical and fine climbing routes - about 20 - an agreeable hut, lying close to the peak: these are the reasons of the popularity of Bergseeschijen, one of the most climbed mountains of the Uri Alps. Bergseeschijen is situated in the upper part of the Göschener Tal, a magnificent valley well known to the mountaineers because of another great peak, the Salbitschijen, famous for its fantastic rock climbings.
Bergseeschijen amazing and steep walls give to the climbers the possibility of one-day trip, if they come from Lombardia (Italy) or Luzern and even from Zurich, being the routes at about 2 hours by walking from the parking.
If you want to take it easy, you can spend the night at Bergsee Hut (2370 m).
Its SSE wall and S ridge are about 320 m drop.

PS - Climbing Bergseeschijen on saturday and spending the night at the hut, could give you the time to climb Schijenstock or Hochschijen on sunday.

The starting point to the valley is Göschenen, that can be easily and fast reached from Luzern, Zurich or Milan along the Gotthard highway.
From Göschenen (5 km. from the town of Andermatt), along the road up along Göschenen Valley, reaching Göscheneralpsee, with its fine artificial lake (9 km. from Göschenen) and the great dam. Wide car parking area near an Hotel-Restaurant (1790 m) 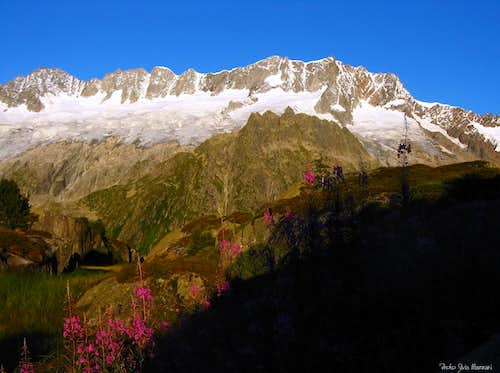 Dammastock seen from the approach trail

From the hut head towards right to take a steep slope getting a little col, between South Face and a detached tower (Vorbau), situated below Bergseeschijen classic South Ridge (10 min.). From here take a ledge towards right, running below a fine and compact granite slab to get S face different route’s starting points.

The mountain can be divided into some various sectors, if you are looking to it from the approach trail, or from the Bergsee Hut: the logical and classic line of the South Ridge separates the overhanging and shady West face, on the left, from the sunny and wide South face, on the right. Another logical line, the SE pillar separates the South face from the East one. This face is divided into two sectors: the Great East Face and the Little East Face. 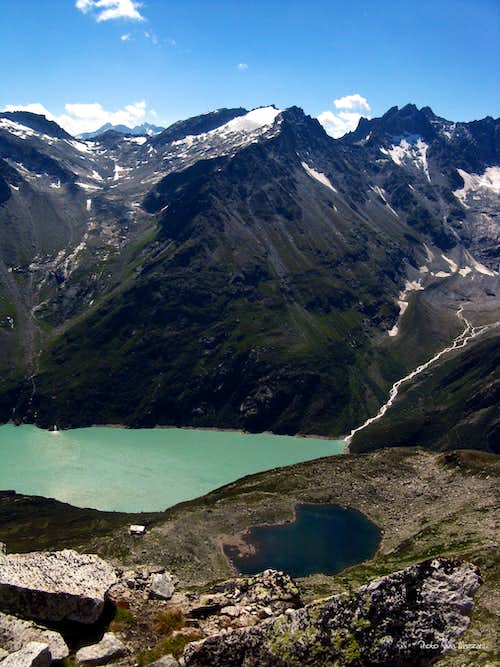 The most frequented and classic route is the South ridge, a fine and not too hard climb, D - mainly from 3a to 4b, two moves grading 4c in the middle and near the summit, 300 m drop.

On the left of S ridge we find:


On the compact and magnificent South face there are now several satisfactory routes. From the S ridge starting point follow a ledge towards right, running below the fine and compact granite slab to get S face different route’s starting points.

Starting from the S Ridge towards right: 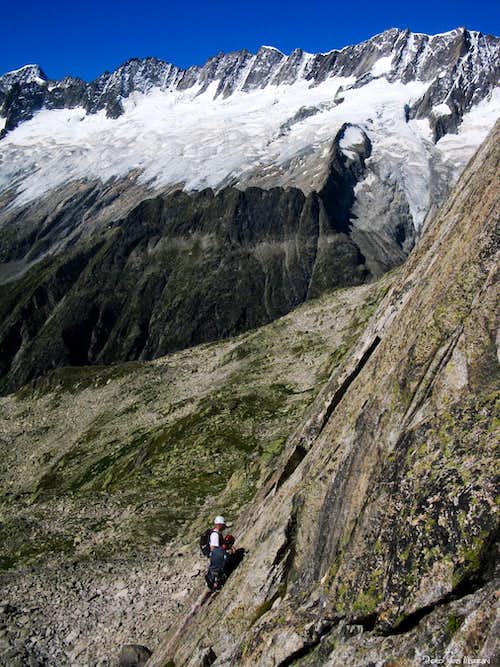 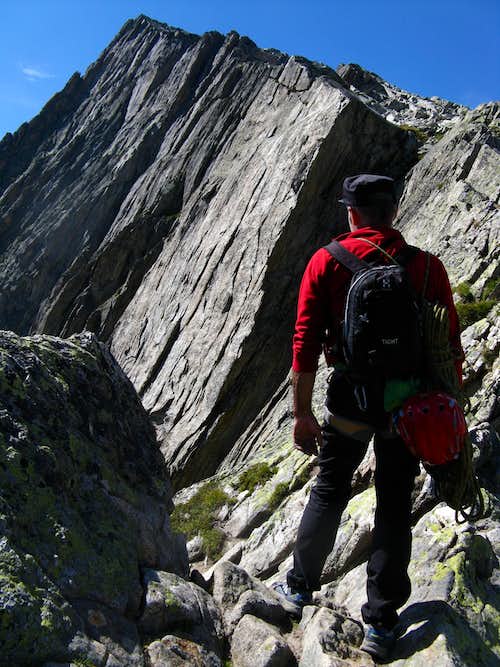 Descent: from the summit cross heds to right following the easy East slopes getting to a little col. The downclimb is aided by iron chains and an iron stairway. From here a track amongst blocks is coming down to the aprroach path.


There are very hard routes on the overhanging and shady West wall, but I have no info about them (hope some here can make additions). 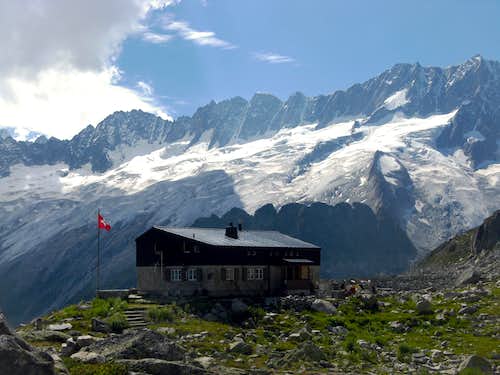 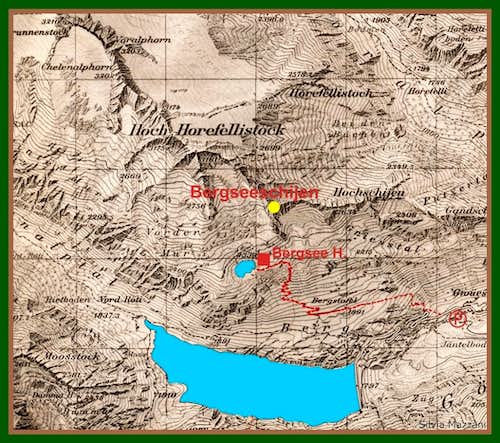 The South wall gets early clean from snow in spring, but descending can force you to swim in the north channel (normal way down).
The best season comes from the middle of June to October, before the first autumn snow-falls.


Other "one day shots" in this area

As i think a little difficult to group some summits that do not belong to a single Alp chain or group, I like to put here some links to some amusing mountains you can climb in one day (as I did without stress coming from near Milano) : 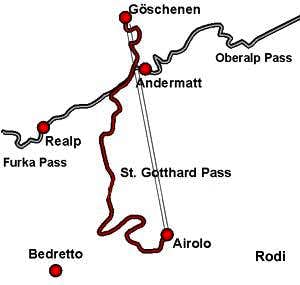 Oberalpass area
no Huts, only an Hotel near the pass or in Andermatt or Disentis