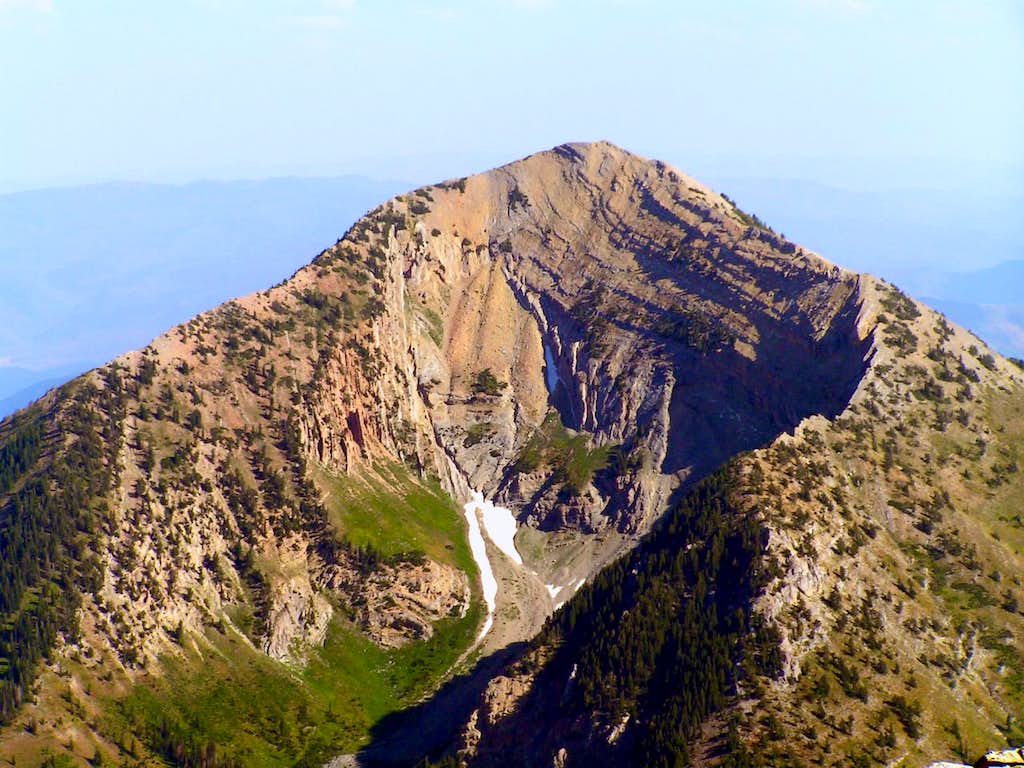 but I think it was taken from somewhere east of lone peak (but probably close enough - no biggie) http://www.summitpost.org/view_object.php?object_id=107893&context_id=151902

Well, I can personally guarantee that this was taken right from the summit. I was there :)

Compare to this shot I took that includes Timp and the south summit: http://ammon.azza.org/s9y/index.php?/gallery2.html&g2_itemId=340

Thanks for the compliment. I'll be honest though: I photoshopped it. There was a lot of haze in the air, so it was very washed out. I just tried to make it as true to life as I could.

no offense man, but I'm pretty sure it was taken from somewhere east of Lone Peak.

Open the link that I provided above in a separate window from this photo and jump back and forth between the two windows and you will see that the two photos are taken from different vantage points - and yours is clearly further east than the other one. And since there is no other peak west of Lone Peak, yours must have been from somewhere east of Lone Peak. Maybe it was on your way to Lone Peak? Maybe it was from the top of Bells Canyon Peak?

No offense taken, but I would like to set the record straight.

I did as you suggested, and you're right, they are taken from different vantage points. It seems mine is also taken from a higher position. The captions states "Taken from Lone Peak--Alpine Route". I suspect that the photographer wasn't to the summit yet, otherwise naming the route would be unnecessary. Also, the route would take them further west from the peak.

Both photos are mine and hosted on my personal web site. If you look down at the Exif data (data set in the file by the camera at the time the picture was taken) below the picture, you can see that the pictures were taken 26 seconds apart. The first one is obviously from Lone Peak, given that you can see the south summit. I know I'm a fast hiker, but not that fast...

okay, i agree with you - the other photo was taken from a lower elevation, and it looks like it must have been from somewhere west of the summit. Right on. Good eye.

This picture is what got me interested in hiking Box Elder Peak for the first time.

I'm honored to have inspired an ascent of anything. Thanks for the comment (and sorry for the late reply).