At 2253 m Brana is often considered to be only a secondary peak among the Kamnik Alps. embedded centrally in the range it pales in height against its more famous brethren Grintovec, Kočna or Skuta. However, it holds a centrall position on the ridge which separates Logarska Dolina from Kamniška Bistrica with tremendous drops on either side. In the south Brana drops with its immense face of Kaptan into Kamniška Bistrica valley. It is covered abundantly with vegetation and provides a difficult scrambling ascent to the mountain. Above Kaptan's top a broad and easy south ridge takes you to the summit.

To the north you find Logarska Dolina valley, one of the highlights of the Kamnik Alps from which the mountain and its neighbours rises in several steep and giant steps. The easiest ascent, the normal route, negotiates these steps towards Kamniško sedlo, the saddle which separates Brana from its eastern neighbour, Planjava. From there one hour of hiking along a steep, exposed but protected trail takes you to the top of the mountain. It is considered one of the easiest and shortest ascents in the Kamnik Alps, which can be easily done on a long day from the valley floor. In unstable weather, in foggy, wet or snowy conditions the whole route can become a trap. In rainy conditions the lower slopes attract rockfall from the Brana North Face, while some of the polished slabs right beneath Kamniško sedlo can become downright slippery. In snow conditions the upper ridge traverse can only be done with proper equipment. Due to the many vertical sections a false step can prove lethal.

To the west of Brana the Kotliči notch separates it from Turska gora and the western part of the Kamnik Alps. The traverse of both mountains is a popular means of accessing Brana. Even more deserving, froman alpinistic view, is the complete traverse of the west-east ridge from Kočna across Grintovec, Skuta, Turska Gora, Brana, Planjava and Ojstrica.

By borut:
Brana has three faces: 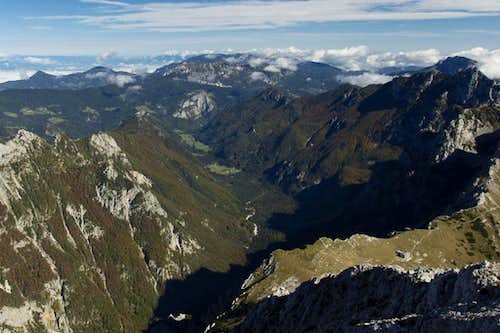 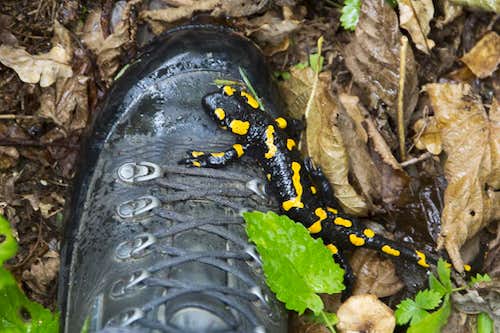 The genral place to look for accommodation in Slovenia is www.slovenia.info. However, accommodation is a bit tricky to find there as accommodation is sorted by regions, three of which touch in the Kamnik Alps region (Central Slovenia, Savinjska and Gorenjska).
Camping