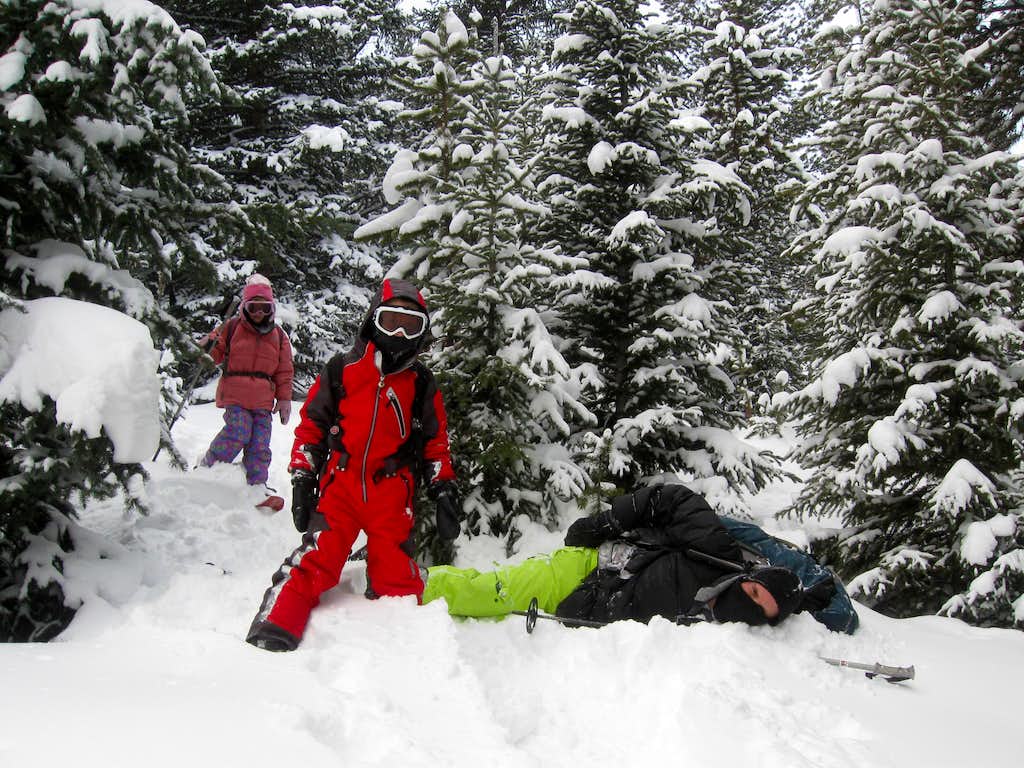 Me "breaking trail" on the way to Janet's Cabin on November 24 2010. The kids started out wearing two pairs each of long underwear, fleece pants, wool shirts, fleece jackets, expedition snowsuits, down coats, undermitts, gloves, two pairs each of wool socks, -40 snow boots, facemask, neck gaiters and goggles. It was snowing Wednesday, but it actually wasn't bad in the morning with temps of +7F (-14C), but it got colder as the day went on. Unfortunately the trail wasn't broken at all and I had to do all the trailbreaking, which was very slow. The visibility was poor and by 4 pm the temperature was -16F (-27C) and breezy and we only made it as far as 10,800 feet (actually I went ahead to break trail). It was painfully obvious that we didn't have a remote chance of making the cabin so we turned around. We all stayed warm, but Shaylee said her toes were a little cold when she was waiting for me to break trail. See the 2010 Trip Log for details.
« PREV NEXT »