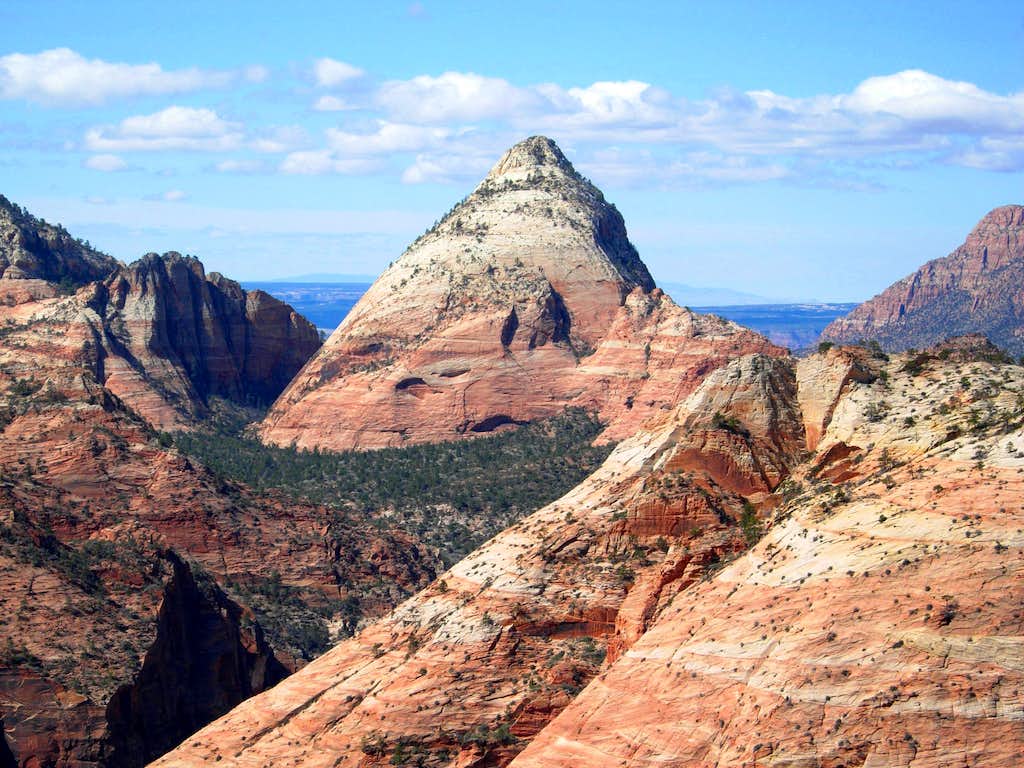 It deserves my vote!

Thank you, Larry. I like learning about all of the names of the mountains and the history behind them. Bridge Mountain is really neat and the area around the east side of Zion is beautiful.

Better view than any I've seen

I sent Bo this link when the site was about to go down: Bridge Zion ...
expect to get hauled there when the snow melts (ha ha). CP soloed this route, which I can't imagine; the fresh mountain lion tracks were enough to give me pause.

Re: Better view than any I've seen

Thanks! Great photos from your climb. You guys did a good job traversing on that steep slab. The rock doesn’t look too solid either. Is there anywhere to place gear and belay?

Re: Better view than any I've seen

A carried about 70' 3/4" webbing across one iffy stretch, tying off to a sketchy stump before I started. CP on his previous trip used nothing. I've since thought about better ways to protect that one spot, and will share them if you ever decide to try it.

shot! Airy and exposed 4th class... damn, I've got to do this one. Is it in Cp's guidebook by any chance?

Thanks! Yes, it is in CP's book. This mountain is a little more commiting than other 4th class routes in Zion. The crux is up a steep slickrock face on crumbly rock with little protection available.

Finally got to Zion last year but I missed this view. Spectacular!

Thank you! This is a view from the east side of Zion. I have photos of Bridge Mountain from several different angles. It really stands out because of its unique shape.