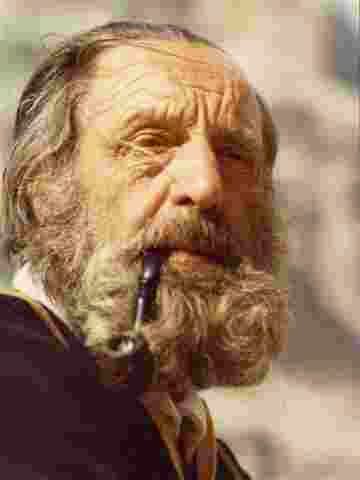 Bruno Detassis el Re de la Brenta, guardian of the Brenteï refuge, died in 2008 aged 97 years old There are moments when perhaps one shouldn't write, or rather, one would prefer not to write. Because words fails to fully "comprehend" and represent a loss. There is the profound and indescribable pain of the family and friends which seems to go right to roots of life and the heart. And there is also that sensation of feeling slightly more alone which, at times, affects even those involved indirectly. This doesn't always happen. On the contrary. In these increasingly cynical times where society continues to look inwards towards itself, it seems as if this perception of shared pain, of collective participation, is becoming an increasing rarity. But for Bruno Detassis this is not the case. One thing is certain: there is no mountaineer, walker, mountain lover who has not lost a small part of his or her dream. There are many answers to this. Bruno Detassis was certainly one of the greatest mountaineers and climbers in the Dolomites, and not only. The routes he first ascended, above all in "his" Brenta Dolomites stand testimony to his ability. They are routes (such as La via delle guide on Crozzon di Brenta) which seem to have a soul. They have a touch of elegance and beauty which can be found in Detassis himself. His straight glance, that beard which framed his face were the mirror of an inborn nobility, a nobleness which stemmed from the heart. And he loved the mountains like few others. Detassis chose the mountains a distant times. He chose to do so completely, becoming the "Guardian of the Brenta." He will be impossible to forget. He always shared a word with the many mountaineers and hikers who passed by his Rifugio Brentei. He looked at all of them. And he gave them all equal consideration. He will be impossible to forget: his positive energy will always be felt amongst the Brenta mountains. Vinicio Stefanello
« PREV NEXT »