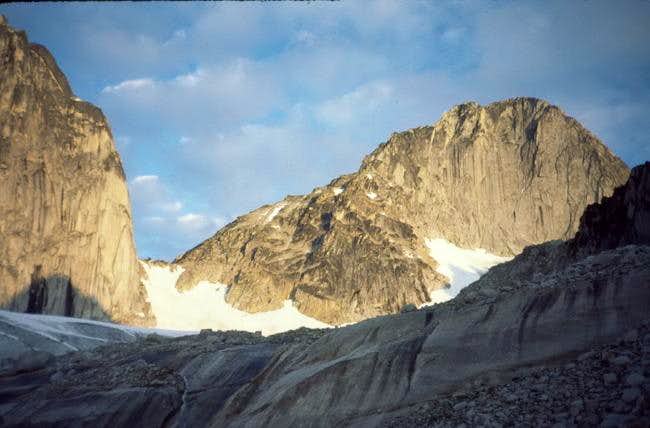 Bugaboo-Snowpatch Col and the Kain Route from just below the Crescent Glacier in the morning. Though Conrrad Kain's route appears to be almost a walk-up from here, it has some surprisingly entertaining and exposed 5.6. For a decade or two after its first ascent in 1916 it held a reputation as the hardest rock climb in North America.
« PREV NEXT »