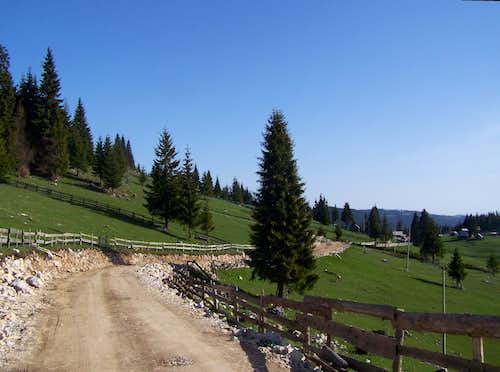 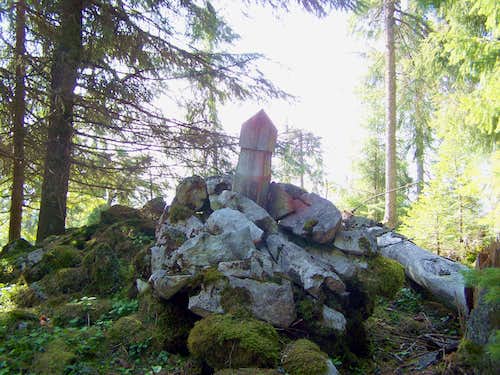 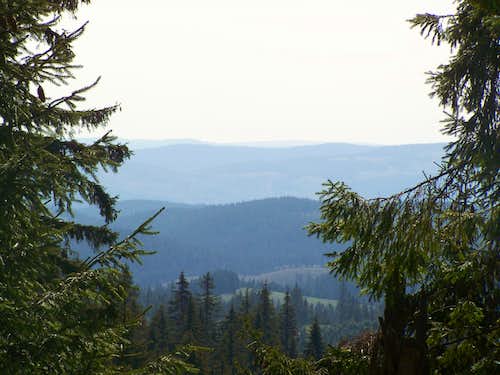 Limited panorama from the summit
This summit has various names, like Deaulul Căţeilor or Vârful Căţînilor. It can be translated as Pups Hill. In the following I will refer to this summit as Căţeilor. The area belonged to Hungary during more than 1000 years (until 1920), and a big part of the tourists are Hungarians here. So I give the geographical names not only in Romanian but also in Hungarian language.

Căţeilor is at the border areas of the Padiş/Pádis plateau, and so its character is similar to the other parts of this Karst highland. The mount is built of limestone. With its 1480 meter elevation it is not much higher than the neighbouring highland. Its relative height could be seen only from south-western direction, from the valley of Vulturului. This valley is in 500 meter depth compared to the peak of Căţeilor. But the altitude difference cannot be seen neither from the peak nor from the valley. The area is covered with forest.

How does this forest look like? Well, it is beautiful, where there are no traces of human activity. But unfortunately it is not everywhere so. There are many ugly traces of unprofessional forestry work. Between the forested areas and Ordâncuşei/Ördöngős Gorge there are bucolic Alpine farmlands. 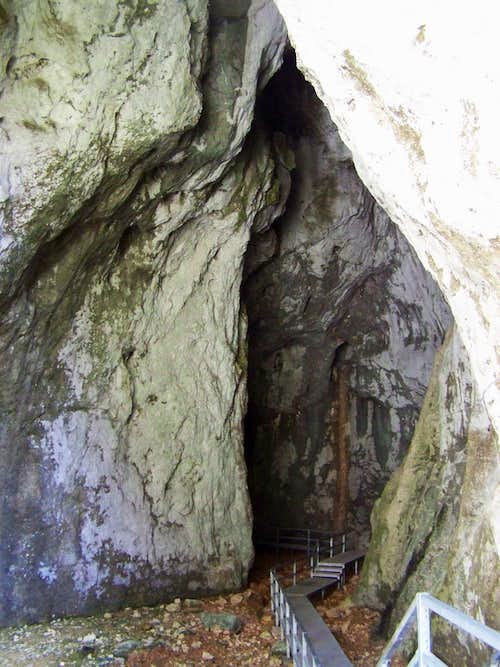 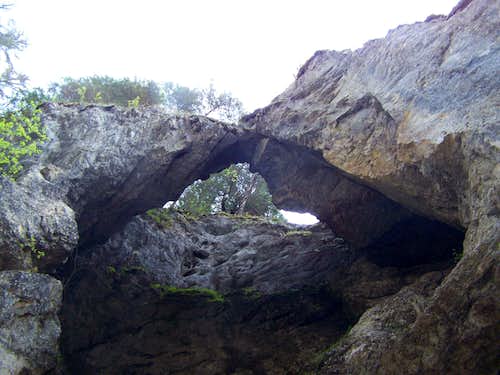 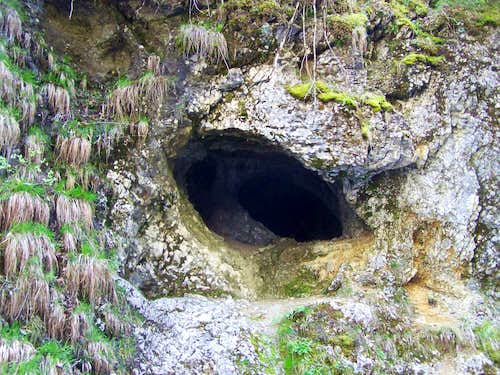 One of the small caves
The valley of Ordâncuşei/Ördöngős is 9 km long. The lower 2 km long section of the valley has the character of a Gorge, with huge limestone walls long the river running in the depth. There are several attractions in the gorge:

Coming from south, first you can find a cave to the left side. The cave is called Corobana Mica/Kőköz Kis Korobánja. This cave is furnished for being a resting place tourists.

Also to the left side, you can find the trail and stairs leading to the cave called Peşteră Poarta Lui Ionel/János-kapu barlangja. The cave can be visited inside. It is 120 meter long. But it is interesting also from outside: apart from the impressive entrance of the cave you can see spring tufa terraces. There is special microclimate in a radius of some hundred meters around the entrance of the cave. Temperature is constantly cool here and humidity is high. You can feel the difference when you walk in the gorge and you get near to the entrance of the cave, and when you leave this zone. This special microclimate has an effect also on the vegetation: trees have a thick coverage of moss and lichen here. I have seen similar things in subtropical forests in the Philippines. 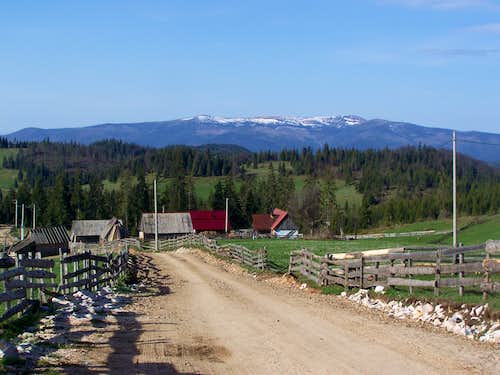 An alternative way to Căţeilor
From south
Road no.75 connects Lunca/Biharlonka with Turda/Torda. From any of the directions you can get to Gârda de Sus/Felsőgirda. Here you must turn north. Only after 600 meters of driving you must turn right in order to get into the valley of Ordâncuşei/Ördöngős. After 8 km driving the road turns left and leaves the valley. The road reached its highpoint at the hamlet Stînișoară/Esztenácska. Here you can leave the narrow paved road and start hiking on the blue marked trail. After walking 2 km in north direction, you arrive to the saddle of Căţeilor. The highpoint of Căţeilor is in western direction of the saddle, in 200 meter distance. There is no trail to the summit – you can find it after a short bushwacking.

From north-west
This route starts from Cabana Padiş/Pádisi menedékház. This tourist hut can be reached with car on the road of Padiş/Pádis. From the tourist hut you must walk 1 km on the road in eastern direction. Then turn right (to south) where the marked blue trail leaves the road. After 7 km of hiking you will arrive to the saddle of Căţeilor. The highpoint of Căţeilor is in western direction of the saddle, in 200 meter distance. There is no trail to the summit – you can find it after a short bushwacking.

Căţeilor and Ordâncuşei/Ördöngős Gorge are within the borders of the Apuseni Mountains National Park. No entrance fee. But respect nature!

Click here for online map of the Apuseni Mountains 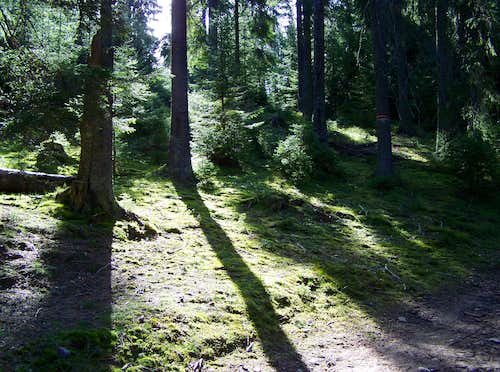