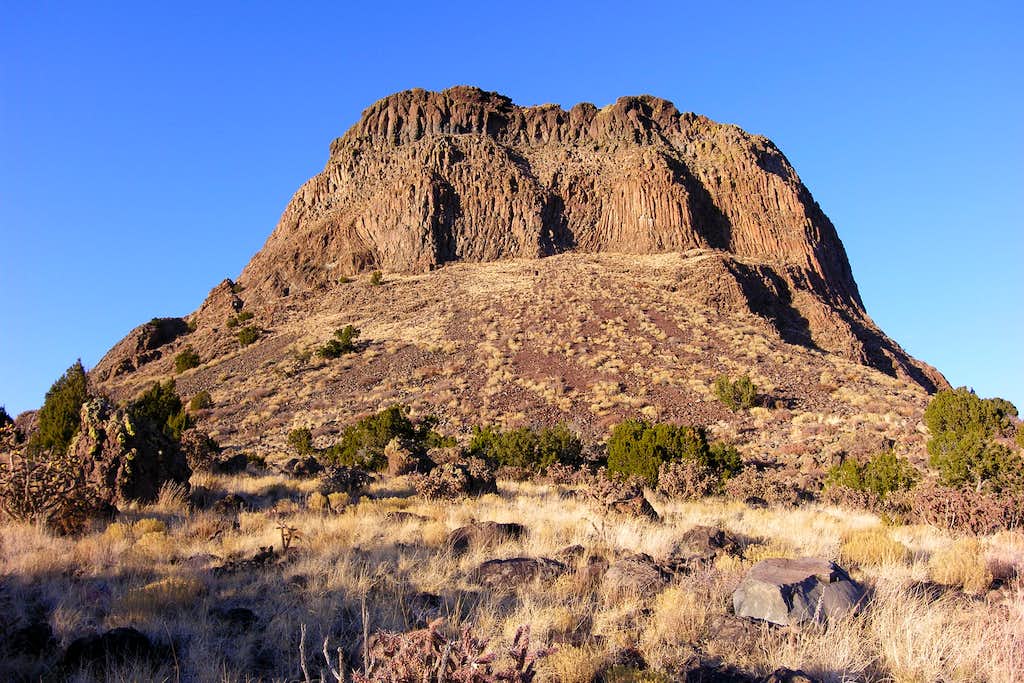 Yes, but the rock is a lot more loose - hard to climb. There is a little gully, through which you can scramble up (it requires only a couple of real climbing moves, and it not much exposed). No equipment necessary.

Scrambling lite – just right for me. On the other hand, I'd prefer something less dry and more solid, like Wyoming's Wind River Range.
Cheers
Jacek

Just withered - flowers will be flowers, and it's OK. :)

Jacek, proc tak hloupe pises? not withered...it's all in your spirit!

Liba, the problem is the snowdrops have already gone.:) I'm a rational and my mind is kind of scientific. It's not my fault/virtue. Funnily, I'm also kind of spiritual/religious. I know I can look/sound pessimistic but it's just not true, believe me. Please Understand Me a prosim nehnevaj sa na mna! :)

wow...and how did you test yourself? or do you just sort of feel that you belong with rationals? it is a good group (much better that irationals).
Spiritual is good. Religion scares me (my brother is a catholic priest!). Ja se nehnevam, jenom se smeju...
And I tend to joke way too much....

Would it be rational not to take the test and claim to be a rational? Well, I guess some "irrationals" might say so, which does not make them a worse group at all. LOL

The point is that each type's needed for society to function well. I got the tests, later available on the Internet, from an American teacher in the 1990's. They helped me a lot to work with people, namely to become a good teacher.

As to the words, I believe one of the most important things I learnt while working as a translator is that words and meanings can be worlds apart. And quite often the same word means an opposite of what you expect it to mean, depending on who is speaking. (Does your brother scare you? BTW He must be Moravian, not a western Czech then LOL))
Personally, Liba, I don't think one can joke too much. But I was afraid you were being pretty serious. :D

We climbed this face

Back in the early 1990s. The final pitch through the dark ash on top was the hardest because there was no protection and no belay (either from below or on top).

Re: We climbed this face

wow... not sure if I will ever go back to do it. I just scrambled the easy way up... I love Colorado so much and don't' really go back to NM anymore.
Thanks for visiting.

Re: We climbed this face

I agree, I liked living in Colorado much more than New Mexico, ESPECIALLY because of the skiing!