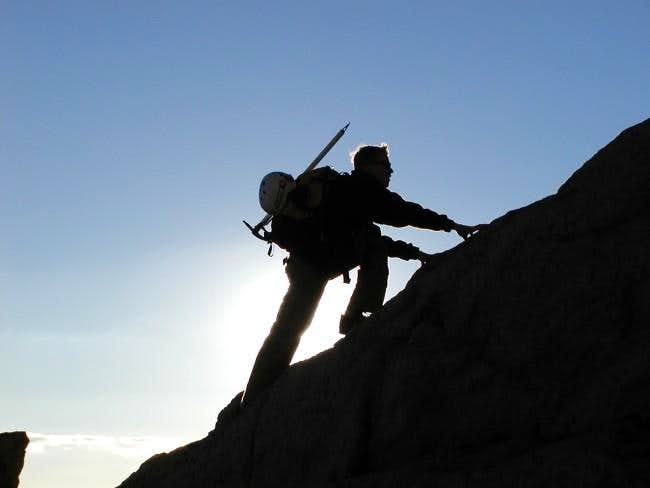 Late June 2001; climber Ryan Young at the base of the North Face Cables Route. Photo by Stephen Becker.
« PREV NEXT »

Wow! Just had to vote on this one. What a great shot!

As above, I just love that shot! Makes you want to do the Cables route!

Thanks. This is one of my most cherished shots because the climber in the picture, Ryan, died tragically in Dec 2005 at the age of 22. He was 17 in the picture and beginning a short but spectacular climbing career. This was his first time on Longs, and he returned to do several routes on the Diamond, including D7. Shortly after getting his first pair of ice tools, he soloed Dream Weaver.