Summit Panorama
Cady Peak is the highest peak of the Cady Mountains in the Mojave Desert, 30 miles east of the city of Barstow. The Cady Mountains are an older range, more heavily eroded and less rugged than your average desert range. Vegetation is sparse even by desert standards. Several long washes feature a gentle incline which allow for easy access to the peak. 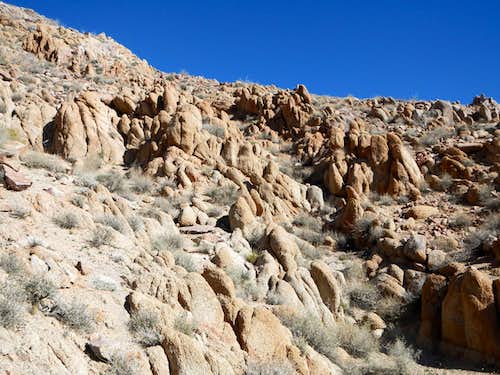 Monzonite Formations
Cady Peak is primarily composed of igneous monzonite but also contains some deposits of rhyolite. Rock hounds make occasional trips to the Cady Range to search for flourite, sagenite, dogtooth spar calcite and onyx. 10 miles to the south, Pisgah Crater is a testament to it's ancient volcanic origins. 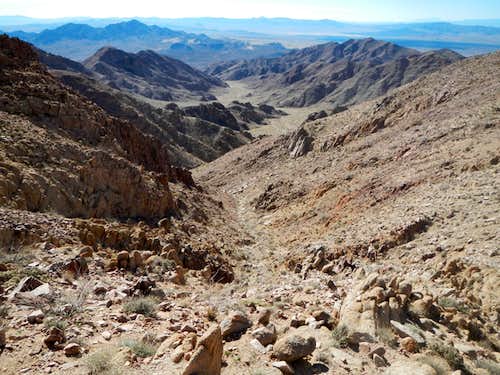 The Southeast Wash Below
Cady Peak will never turn up on the average hikers radar. It is obscure, remote, and not well documented. If you are viewing this page, chances are you have an interest in lists. The main peakbagging list which makes Cady Peak important is the California P2k's (2000 feet or more of prominence).  Of the 163 peaks which qualify for that list, Cady is ranked number 96.

Theoretically, any number of possible ways would make for a pleasant ascent of Cady Peak whether you follow washes or ridges or some combination of the two. That is the nature of the terrain. But two main routes have emerged as the most favored. One begins in a southwest wash and ends on the upper southwest ridge. That option is slightly longer than the southeast wash route. 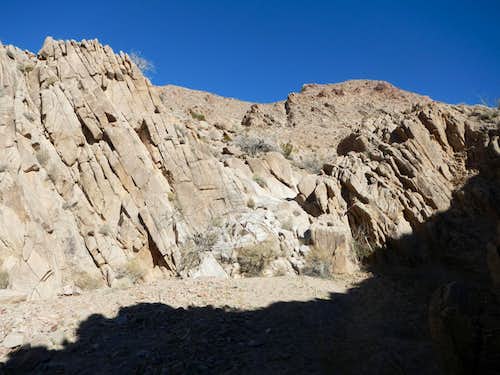 From the parking area on the powerline road, hike northwest for 1.25 miles up the broad alluvial wash. The wash will narrow and turn to the north. Continue north for 2 miles scrambling up a class 2 dryfall along the way. It's 20 feet high and has nice easy step formations. 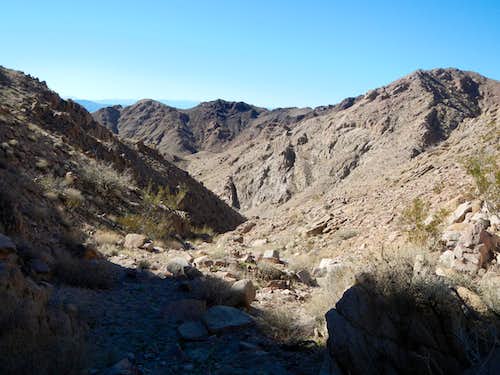 The Upper Wash
Make sure to follow the main wash and not the smaller side washes. At 3900 feet the wash steepens and turns into more of a gully. There are some interesting rock formation here. With careful route finding class 3 can be avoided, but some parties might prefer to just get it over with and use the hands here and there. 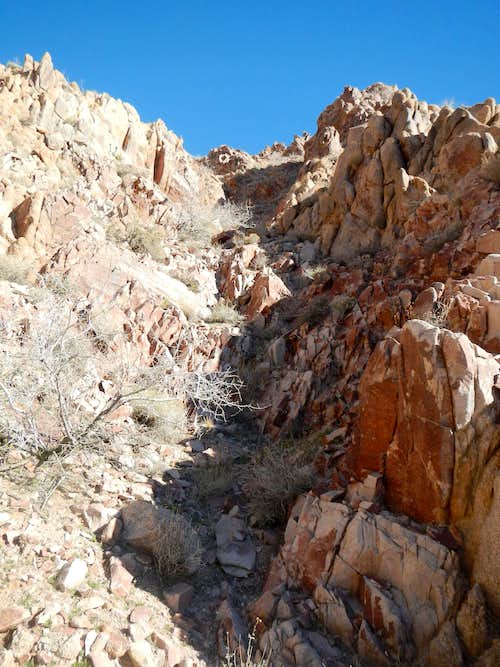 The Head Of The Wash
Scramble out of the gully between 4400 feet and 4600 feet to reach the southeast shoulder of Cady and then pass over a false summit to reach the true summit. The route is roughly 10 miles round-trip and gains 2000 feet. 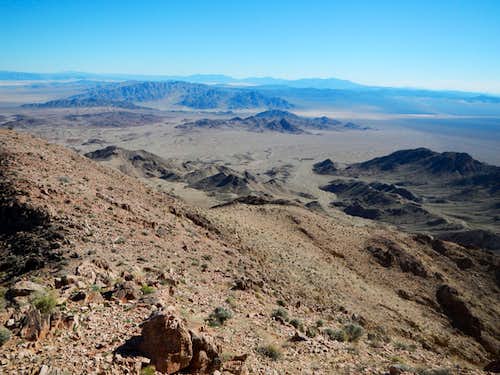 Summit View East
From the junction with Freeway 15 in the city of Barstow take the Barstow Freeway (Interstate 40) east for 32.5 miles. Take exit 33 for Hector road and turn left onto Hector which is a dirt road. Drive north for 1.1 miles and then turn right and follow the road along the train tracks east for 4.4 miles. Turn left onto a poweline access road and cross the railroad tracks. 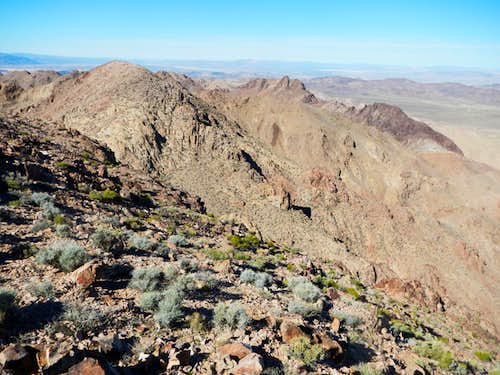 Summit View West
This road might not be suitable for 2WD cars with low clearance. Follow the powerline road for 5.5 miles to the parking area. The road goes over Cady Pass. In February 2015, the left fork of the road in the vicinity of the pass was washed out, but fortunately there was a right fork bypass.The parking area is at (34.838159, -116.312243).

Make sure to carry plenty of water. Never attempt this peak in the summer or shoulder seasons.