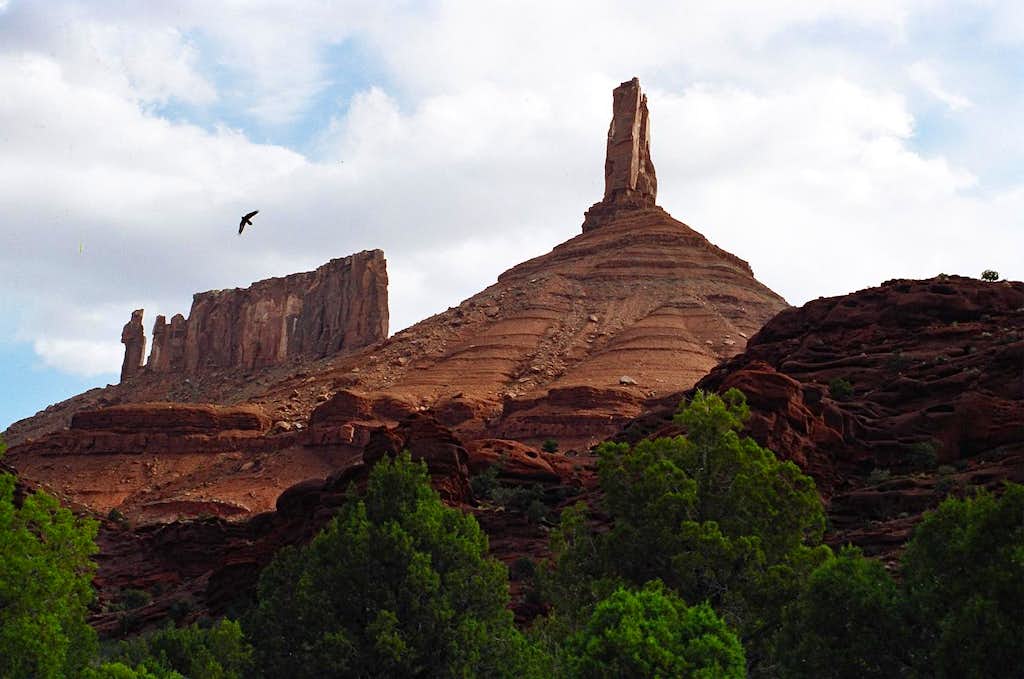 bizaare scenery, looks a bit like a standing line of men
Cheers
Charles

If you look at the rock formation on the left. It is called The Priest and Hooded Nuns.Which it looks like a priest at his pulpit.I was lucky it had been raining and was very cloudy .When very shortly it became a bit clear stopped raining and a hawk was flying above us and I was able to get this picture. The rock formation on the right is Castleton Tower and has very many climbing routes of all difficulty. It is about eight hundred feet high.If you ever come to this area it is a fun one to climb.Stay healthy and safe and keep on climbing Cheers from The Ice Man,Make us old men proud

We should get T shirts printed!
Same to you!
Charles

Hello, Ice Man Jerry Van ? Castleton Tower looks awesome.(Must be 200 feet higher than Seattle's Space Needle.) And, the bird (raven?)IT DOES A LOT for this picture.Thanks!

Isn't it amazing what nature can do? Great Picture!

It is amazing and that what makes outdoor adventure so worth it. And to capture moments on camera even better Good photography you have of the Bear River Area. I enjoyed looking at your pictures