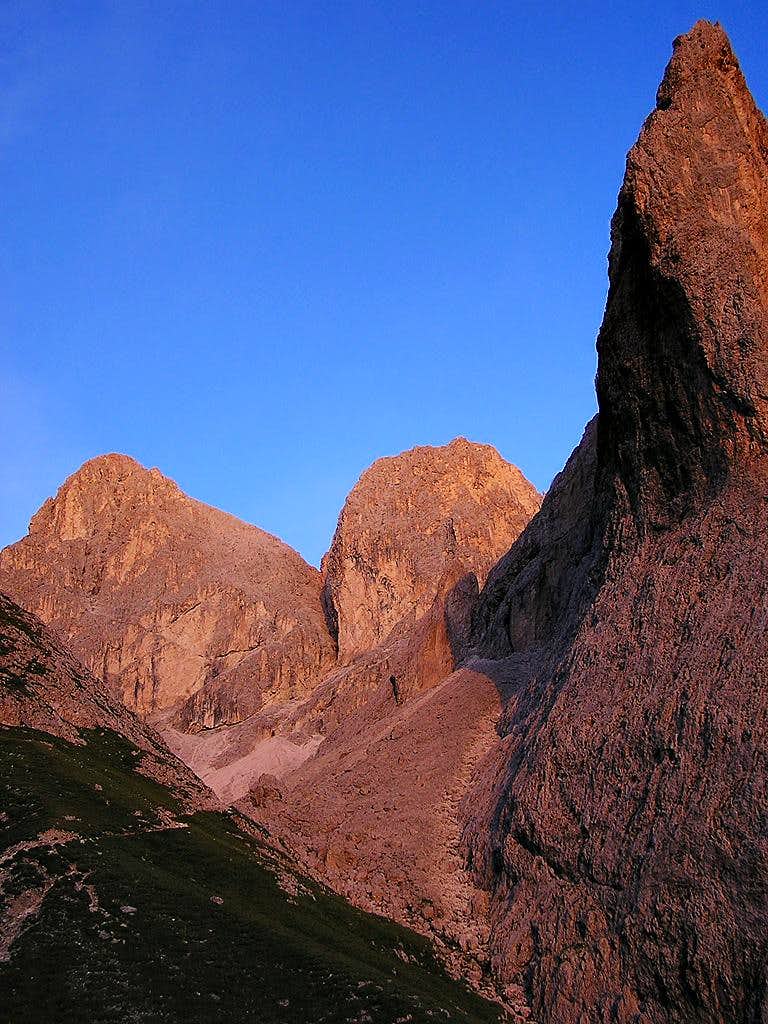 From the left you can see: Croda dei Cirmei (2902m), Cogolo del Lago (2811m), Cima orientale di Valbona (2702m) with its daring NW edge. * * * One of the most famous legends of Dolomites it’s the legend of the King Laurin’s Rose Garden, in which germanic influence melts with raetic-ladinians: King Laurins was the king of the Dwarfs who live in the Rosengarten/Catinaccio, the mountain who separates the city of Bozen/Bolzano from Fassa Valley... Nowadays this mountain is rocky and harsh, but then was green and covered of wonderful roses! Only a silken thread bordered the realm. But the beautiness of its roses leaded evil men to Rosengarten, and when the Kingdom was conquered, King Laurin told a spell: “Nobody shall view my roses, neither by day both in night!”. But he forgot the dawn and the sunset, which aren’t neither day both nigt... So during dawn and sunset, for few minutes, the rocky walls of Rosengarten become pink and red and everyone can see again the Rose Garden (this legend explains the phenomenon of alpengluhen - Enrosadira in Ladin language)
« PREV NEXT »