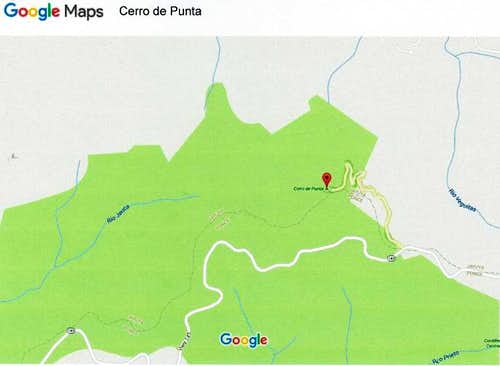 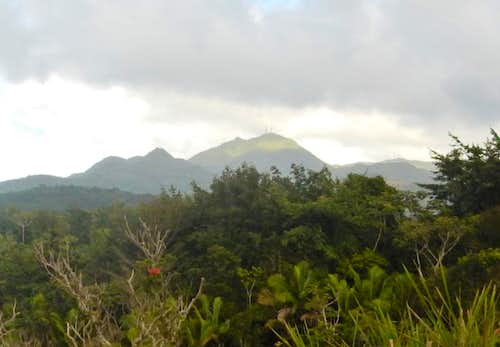 It is a 2.5 hour drive from the San Juan airport, assuming no traffic, construction, etc. There are at least three different routes you could take (see Google Maps, etc.). However, a word of caution, my Google Maps app did not work in the mountains. No matter your route, you will end up on Rt 143, which is known as the Ruta Panoramica. It is a windy mountain road that runs down the center of the island. I approached Cerro de Punta from the east. This picture is from the top of Cerro Jayuya (4,265 feet) looking west toward Cerro de Punta and its communication towers about two miles away. 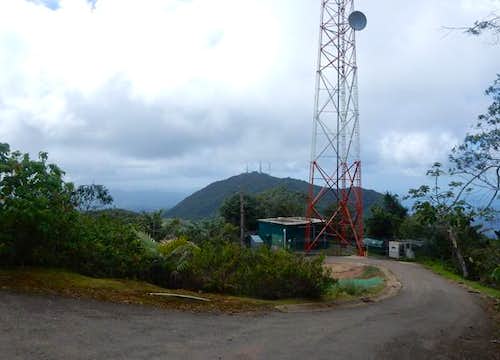 Rt 143 is well marked and the turn-off to the highpoint is located at the 17.3 kilometer marker. The one lane road to the top of Cerro de Punta is on the north side of Rt 143. 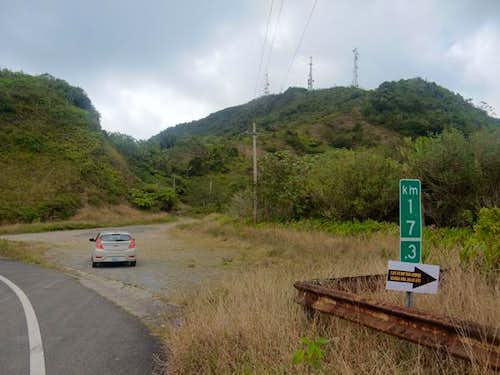 I choose to hike up the road instead of drive. For the exercise but also because I thought it would be difficult to back the car down if I encountered another vehicle coming down the road. It was steep and there were few pull-outs where two cars could pass. As it was, I found no one else on the mountain. 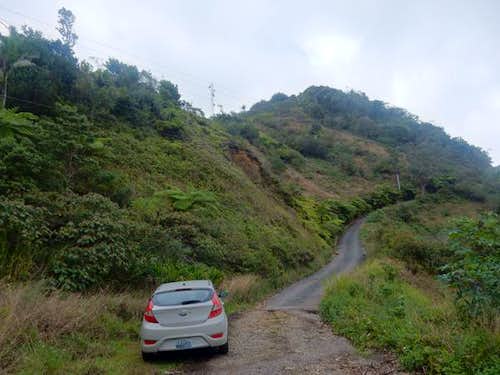 This is a picture taken approaching the top on a cloudy drizzly day. Beyond the last communications tower there are 53 steps that lead up to a concrete viewing platform. It took me 20 minutes to hike up from the car. 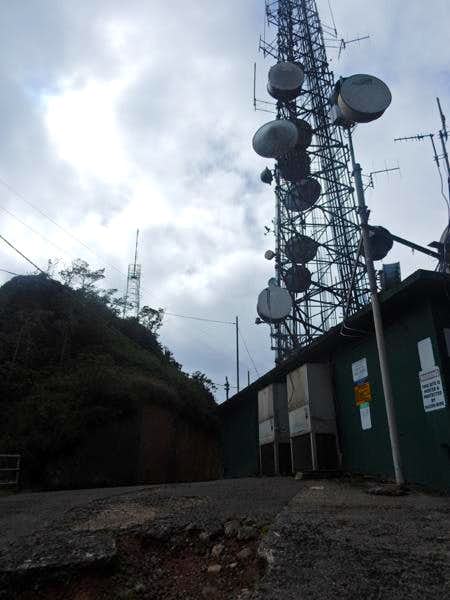 View from the top looking east toward Cerro Jayuya and its communication towers. Rt 143 can be seen near center of photo. 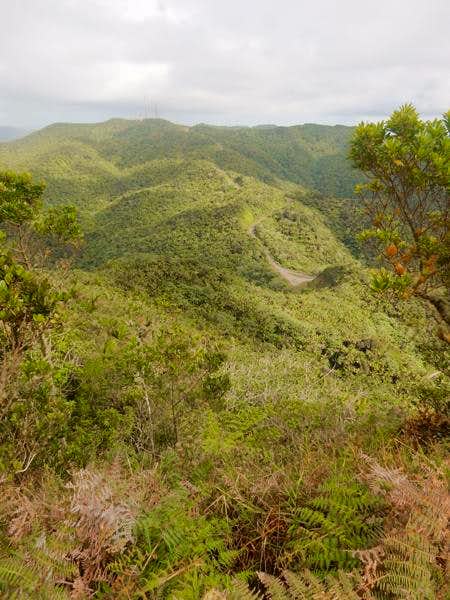 Conditions permitting, one could summit Cerro de Punta and return to San Juan in six hours. However, for variety of scenery and places of interest, it is recommended that you consider a circular route going to the mountain and then back to San Juan. For example, my wife and I stayed at Parador Hacienda Gripinas in Jayuya. It is a coffee hacienda built in 1858, restored by the government in 1975 and now run as a hotel. The coffee from this plantation won the gold medal at the Louisiana Exposition in St Louis in 1904. It is the best place to stay in the area.

Jayuya is located in a beautiful valley surrounded by three of Puerto Rico’s highest peaks – Cerro de Punta, Cerro los Tres Picachos and Cerro Maravilla. It is the home of local lawyer and nationalistic hero Blanca Canales. In 1950, he led a revolt against U.S. occupation known as the “Jayuya Uprising.” Rebels took over a police station and declared a Puerto Rican republic from the town square. Three days later the U.S. bombed the town causing much destruction. Canales’s home is now a museum that tells the story of the revolt and preserves the house much like it was in the 1950s.

Adjacent to Canales’s home is the Cemi Museum (1989) that is devoted to the Taino Indian culture. A Cemi is a god, spirit or ancestor and the museum shape is a representation of a god. A short drive away is a nice boardwalk that leads to river rocks that have Taino petroglyphs. Also nearby is the Hacienda San Pedro coffee plantation, which has a small café and coffee bar. 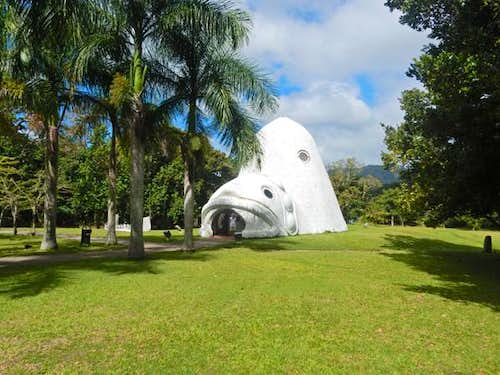 Your pictures look almost identical to the ones I took on Cerro de Punta in March 2008. Similarly overcast with those same dark gray clouds. Even got a bit of rain after I got back to the car. Fun trip!