Cerro del Creston (anglicized to "Creston Hill") is the highest point and southernmost hill within the city of Mazatlan. The peak is geologically an island, but the government has built-up a stretch of land through pavement and rock placement and now considers the peak part of the mainland. The peak has an elevation ranging between 515'-523' above high tide. Even with the artifically-connected land build-up included, the peak would still have ~500' of clean prominence. 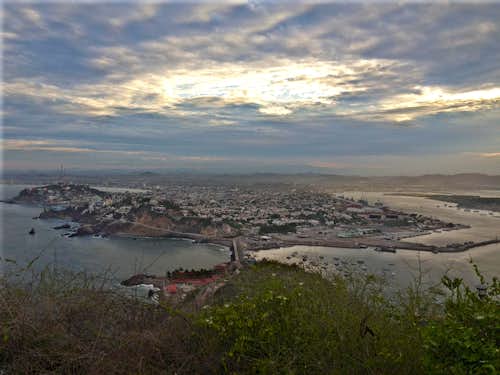 View of Mazatlan from Cerro del Creston...
Cerro del Creston is one of the most popular landmarks in the city. It is a regular sightseeing and walking destination for locals and tourists. There is a well-traveled trail leading up the peak, the top second-half of which is famous for its 300+ concrete stairs. 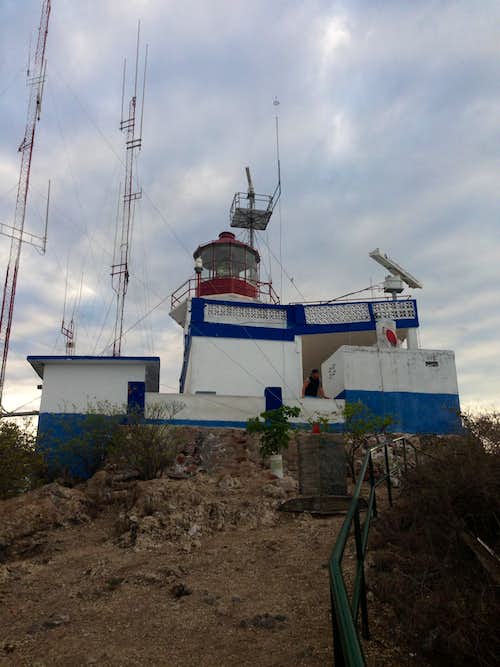 El Faro ("The Lighthouse")
Some small sea caves are located along the ocean bases, but are not easily accessible due to their seaside locations along steep cliffs.

Prior to being connected to the mainland, Cerro del Creston used to be named Isla de Creston.

A watchtower was constructed atop the summit during 1571 and still exists today. The peak has been used as a navigational beacon site for seafarers for nearly 200 years. The first such use occurred during 1828, when nighttime fires were lit atop the summit to help seafarers locate the port of Mazatlan. However, this was a rudimentary method, as the fires could not be focused in a specific location and could not be seen from great distances.

This all changed during 1879, when the current lighthouse building was constructed as part of the summit watchtower. French engineers provided the lighthouse with a oil lamp as its light source, which could be focused using a combination of mirrors and a Fresnel lens. This was a major improvement as a navigational beacon when compared to the nighttime summit fires previously used, as the light from the lighthouse could be seen for many miles. However, the focal position of the light was stationary, and as such many times looked like a star in the nighttime sky rather than a navigational beacon location.

To fix this problem, during 1905 the lighthouse light setup was modified to revolve. The next major modification occurred during 1933, when the light source was changed from an oil lamp to an electrical bulb. The current light comes from a 1000-watt bulb, which has the brightness of 600,000 candles and can be seen from 30 nautical miles away. 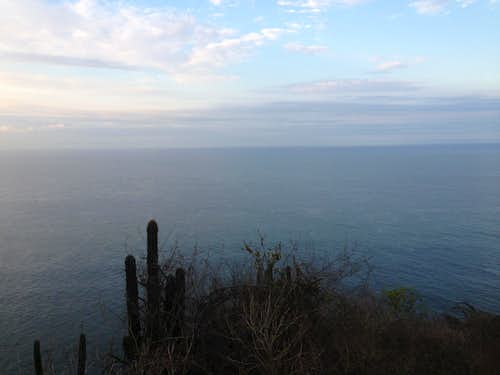 The entrance gate for Cerro del Creston is only 0.9 miles from the Mazatlan's southern ferry terminal. Here are the directions from that location:

4) Cross the artificial land-island connector, passing a raw sewage plant on the right (west) side. After 0.4 miles along Calzada Joel López Camarena, arrive at the entrance gate located slightly above a street roundabout. 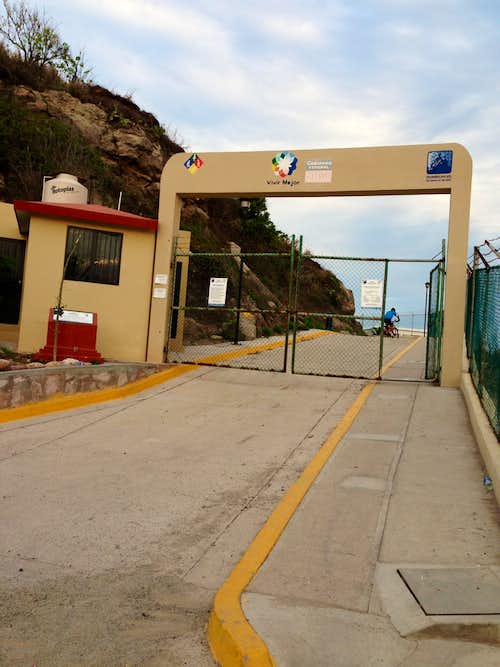 The hike for this peak only takes 30 minutes roundtrip for those with good fitness, possibly up to one hour for those less physically active. 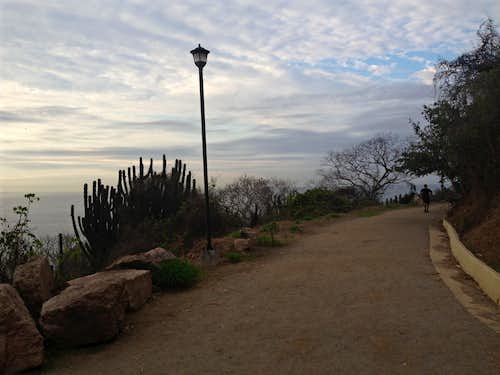 Walking along the road-trail section... 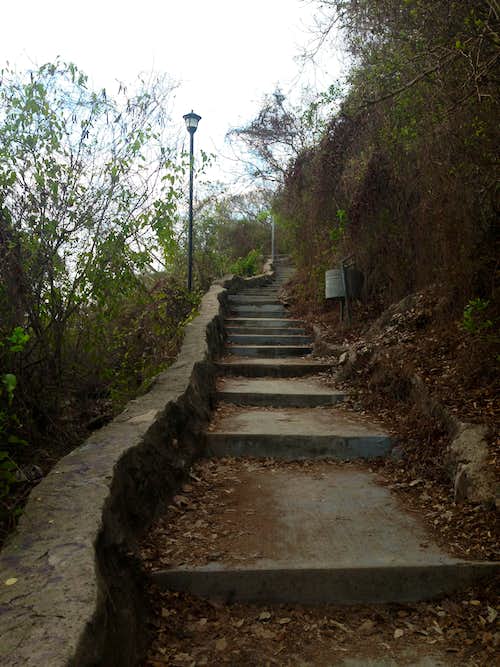 Walking along the concrete staircase section... 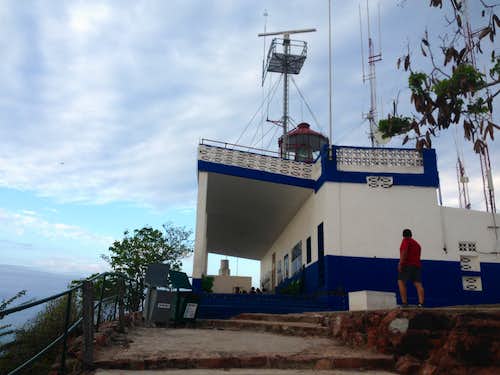 There are no fees or permits for visiting Cerro del Creston.

Most people visit the peak during early morning or late evening, to avoid the high heat and humidity of midday hours. 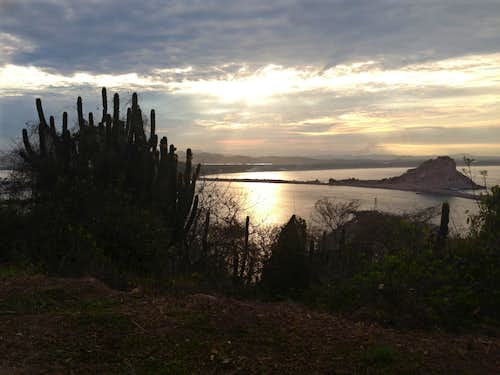 View from trail shortly after sunrise...

No camping is allowed anywhere on or near the peak.