In the pre-cordillera of the Andes, situated between Arroyo Ñireco and Arroyo Challhuaco, located merely 10km due south of the popular lakeside tourist destination of Bariloche, lies Cerro Ñireco.  While not as well known as some other popular local hiking and climbing destinations, this peak is located at the heart of a quiet, off-the-beaten-path section of Parque Nacional Nahuel Huapi that is home to majestic forests, serene valleys replete with charming creeks and beautiful meadows, and sweeping scenic alpine vistas.  The zone is easily accessible from Bariloche and, best of all, you are likely to have it all to yourself, even during the high season.  Accessible via public transportation, a climb of Cerro Ñireco can easily be completed as a day hike from Bariloche.  Alternatively, spend a night at Refugio Horrible or complete an alpine traverse from Arroyo Ñireco to Arroyo Challhuaco via the popular Refugio Neumeyer. 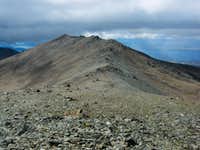 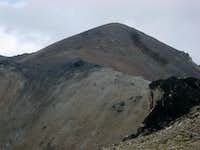 Cerro Ñireco has two main summits, roughly 1 km apart.  The north summit is adorned with a huge cairn that is faintly visible from many parts of town.  All maps that I have seen report this point as the summit of Cerro Ñireco and list the peak with an elevation of 2200m.  Visual observation suggests the south summit is actually higher.  This is corroborated by my GPS which recorded the south summit as being a full 10m higher than the north summit.  For the purposes of this website, the south summit will be treated as the true summit and the location and elevation listed will be those recorded by my GPS.

The route up Cerro Ñireco is pretty much open to your own interpretation. There is no well-defined trail on the upper portions of the mountain, but there are no real geographic barriers inhibiting it's ascent either. The route I will recommend is more or less the one that I took, following the trail to Refugio Horrible, climbing up to the col between Cerro Ñireco and Cerro Blanco, following the ridge up and over Cerro Ñireco, and descending directly to the road's end. 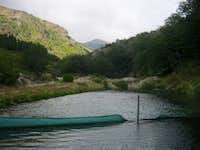 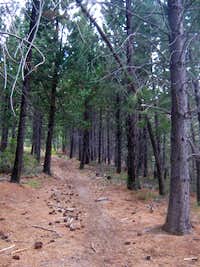 From the settling pond, continue along the main road. In a few minutes, you will see a path through a pine plantation heading up to the left. This path leads to system of informal trails that wind through the forest and the brush at the base of Cerro Ñireco. You can use these paths to find a direct route up the peak or, if you follow the recommended route, you can look for them from above on the descent so as to exit directly to the road. 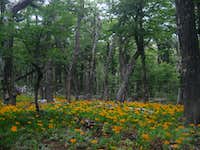 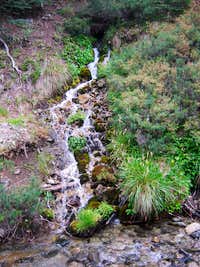 If you wish to follow the main trail to Refugio Horrible, follow the main road a little bit further until its end. When it ends, continue a little further until a point at which the trail seems to end by the creek. At this point, follow a faint track steeply up the hill to the left. After several minutes, the path becomes more well-defined and begins to traverse up the canyon high above the creek. The trail continues like this for about an hour, wrapping around hill after hill, before finally descending to the creek. 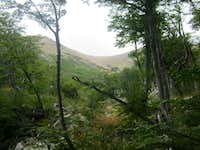 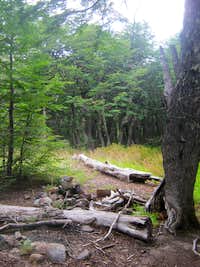 Back down in the creek, cross the water twice and continue to follow the path through the woods. After another half hour, the view opens up and you can see the rocky Cerro Ñireco ridge high above you on your left. At some point, you will cross a small, potentially dry creek that is one possible departure point to climb up to the ridge. Five minutes later, you will see an old fire ring at a small potential campsite. Soon after, you come to a large wet meadow. Cross the meadow, drop down to the creek on your right, cross the creek, and climb up through the woods to reach Refugio Horrible. 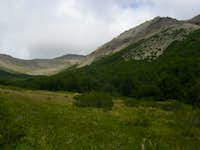 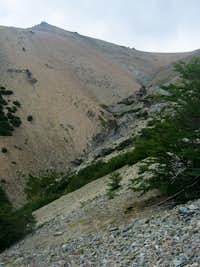 From the refugio, you have a decent view across to the ridge that you must gain. There is no official trail, but the terrain is fairly easy in any direction. As usual in this area, the main goal is to avoid the brush. If you climb directly through the meadow, you will probably get wet feet and push some brush. If you return to the dry creek five minutes before the refugio, there is forest with blow-down that is generally passable. Either way, work your way through the woods, past the brush, and up the scree to the ridge. It's probably best to shoot for the col between Cerro Ñireco and Cerro Blanco. 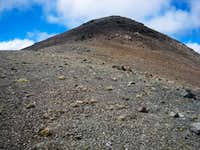 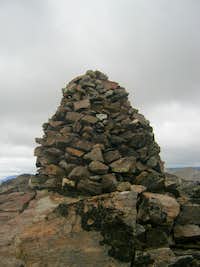 From the col, turn left and head up a gently-sloped, stable scree slope to the south peak of Cerro Ñireco. This summit has better views of the Challhuaco and Ñireco valleys and the surrounding peaks in the area. Follow the ridge down and then up over several minor subpeaks to reach the north peak of Cerri Ñireco with it's huge summit cairn. This summit has better views of the city of Bariloche, Cerro Otto, and Lago Nahuel Haupi. 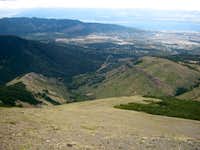 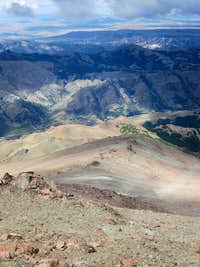 For the descent, follow the ridge to the northwest then drop steeply down through the scree, then grasses and forbs, then shrubs until reaching the network of footpaths that will return you to the main road just above the settling pond.  Alternatively, descend the main ridge a bit further until reaching a steep rocky cliff, then drop down to the woods near the creek and pick up the trail around there.

There is no red tape, per se.  It is worth mentioning that the trailhead is not in the nicest part of town.  I can't imagine there being any real trouble in Pilar 2, but watch our for dogs and I wouldn't recommend camping anywhere near town.  Everything should be fine up near Refugio Horrible.  Pilar 1 isn't particularly bad either, but the bus up there does pass through some of the rougher neighborhoods in Bariloche.  Again, no reason to worry on the bus, but maybe not the best place to be walking at night.

Northern Patagonia has four well-defined seasons.  The summer stretches from mid-December through mid-March.  The winter stretches from mid-June through mid-September.  Summer attempts will have the best chances for stable weather.  Spring and fall attempts should generally be feasible, but be prepared for inclement weather and/or lingering snow.  Cerro Ñireco would also be an excellent destination for a winter ski tour. 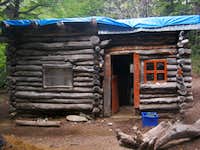 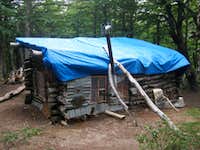 Camping is available at Refugio Horrible.  As the name suggests, this is a very basic structure, but it does appear to be waterproof and would provide shelter in a pinch.  There are no services available, but you are likely to have the place to yourself.  Many people will undoubtedly prefer to camp nearby outside of the hut.  There are also some nice campsites in the woods before crossing the meadow shortly before arriving at Refugio Horrible.