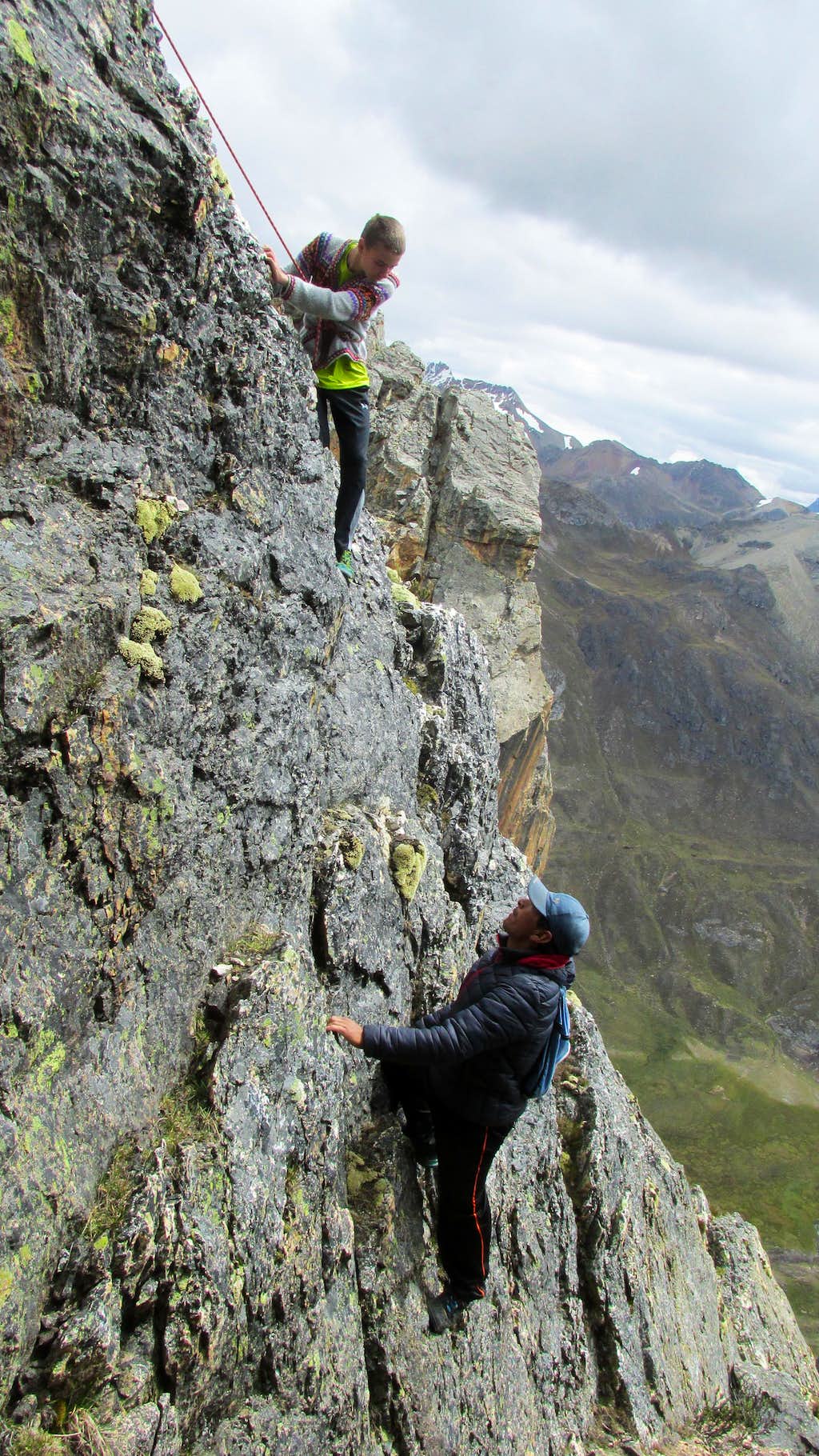 Kessler and Other on Cerro Pucaccacca on June 29 2017. It is possible that our ascent of th peak was only the second one; the first being in 2013. (Yes we should have wore helmets, but this was an unplanned ascent, so we didn't bring them to Peru). By Peru standards, the mountain isn't that high (16,644 feet/5073 meters), but it is the hardest peak yet that we have done in the Andes, even though we have climbed a lot of higher peaks. Kimberly and Shaylee took a rest day at the hot springs, while Kessler, Other, Diogenes, and I climbed the peak. From far below, I spied the cairn on top and wanted to give the peak a try since the girls wanted a rest day at the hot springs on day 6 of our trek. We didn't bring rock climbing gear, but used a 30 foot section of climbing rope that had been brought to tie the camping gear down to the donkeys on the trek. We checked out the 2013 (first ascent?) route, but I didn't like the looks of it and suggested that we check out an exposed ledge crossing out onto the vast north face. We followed the exposed ledge and found a series of gullies and faces that allowed us to reach the summit. From a technical standpoint, the pitches weren't that difficult (5.5), but some parts of the route were really exposed, with 2000+ foot (600 meter) voids yawning below. The crux up top involved a short, but scary knife edge, where you had to grab the top of the knife edge and scoot along, but with 2600 foot/800 meter drops on either side. I was ready to turn around here, but since the other three completed the knife edge, I did as well. The summit was surprisingly roomy. The climb was a bit scary at times, but a good one and one that we won't be forgetting.
« PREV NEXT »