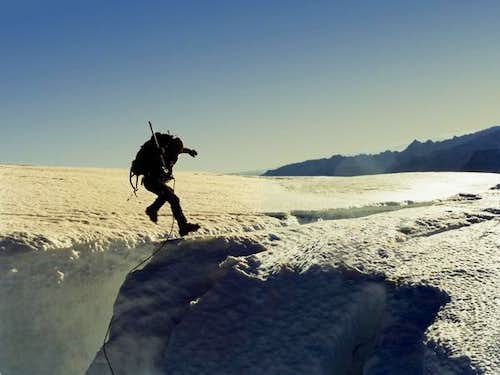 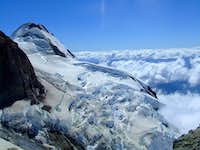 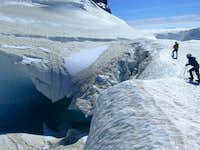 Tronador is an extinct stratovolcano in the southern Andes, located along the border between Argentina and Chile near the city of Bariloche. The mountain was named Tronador (Spanish for Thunderer) by locals in reference to the sound of falling seracs. With an altitude of 3,491 m, Tronador stands more than 1000 m above nearby mountains in the Andean massif, making it a popular mountaineering destination. Located inside two National Parks, Nahuel Huapi in Argentina and Vicente Pérez Rosales in Chile, Tronador hosts a total of eight glaciers, which are currently retreating due to global warming.

Tronador is notable for the many glaciers covering parts of its flanks. Up to eight glaciers have been inventoried: Alerce, Ventisquero Negro, Casa Pangue, Castaño Overa, Río Blanco, Frías, Peulla and Manso. Over the last decades the glaciers on Tronador, like the majority of southern Andean glaciers, have been retreating. The Casa Pangue glacier on the northwestern side of Tronador experienced a thinning between 1961 and 1998, with an increased rate of retreat between 1981-1998 at 52 m a−1. The retreat and thinning is attributed to a decrease in precipitations and a warming of the upper troposphere over the last decades.

Ventisquero Negro ("black snowdrift" in Spanish) is a rather unique glacier at the base of Tronador in Nahuel Huapi National Park. This glacier's unusual dark brown colour comes from dirt and sediment picked up in the glacier's accumulation zone, which is fed by the Río Manso Glacier several hundred metres higher up the mountain. Brown icebergs calve from the glacier and then float in a small lake until eventually melting.

Tronador was first climbed by Hermann Claussen solo on 29 January 1934, after several attempts. A mountain hut, Refugio Otto Meiling, is the destination of popular day hikes, named after a mountaineer who made dozens of ascents and spent years guiding people around it. The hut is located about 1200m vertically above Pampa Linda, at the mountain's base.

Most summers the International or Anon peak (the highest of its three peaks), is climbable. However, an unusually hot summer increased rockfall to dangerous levels during January and February 2008. The Argentine side risks becoming no longer accessible due to increasingly warm weather in the region destabilising the glaciers. 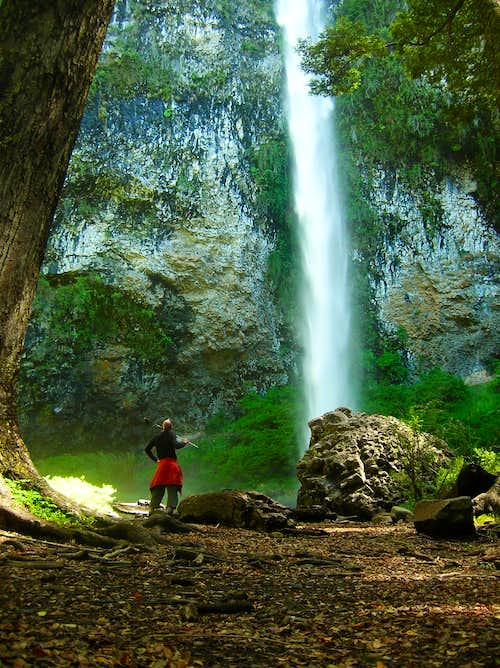 To get there you must take a flight to Bariloche from Buenos Aires, or a Bus that takes 20 hours from the Bus station of Buenos Aires (Via Bariloche is the better company!)

In Bariloche you must take a van that will leave you to Pampa Linda, in the middle of the National park, where the approx start.

You can take that van on the Club Andino de Bariloche, or looking fot some travel aggencies (the prices are about 3 or 4 US$)

No permiss are required. The only thing you have to do is when you arrive on the national park, you must sign a therm of responsability on the guarda parque office.

The best season is from December to March 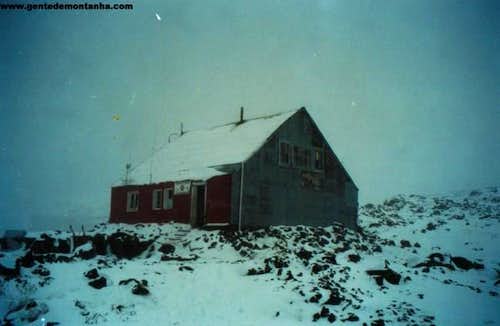 There is two refugees on Tronador, the most visited is The Otto Meiling, that is situated on the base camp of the normal routes.

You also can camp outside the refugee for free. There are good places to put you tent, and the water is good. 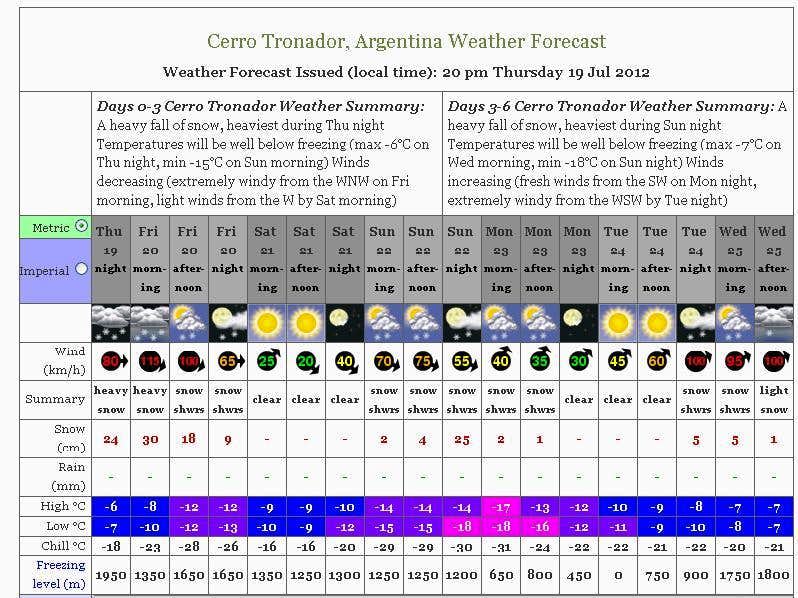