In this page will be illustrated the normal way from the side of Valtournenche.
This climb has two varying (A-B), that they have in common the final crest, that begins from Colle Volfrede, but it can be caught up from two various flanks.
To south from the lake of Cignana and from north directly from Cervinia.
Both the routes are carried out on bad cliff and somewhere without identifying.
The difficultyes never exceed over II degree, except the passage "Castelletto Whimper" (III°).
But is high the danger to mistake road or falling stone.

Route "A" from lake of Cignana

This route is shorter and more safe of the route B.
And it permits to discover the major lake of Cignana and the minors: Balanselmo, Dragone and Gran Lago.
It's also possible to divide the route in two days, sleeping in the ref. Vuillarmoz or in the biv. Manenti.
From the lake(reacheble from the bottom of the valley by path n° 107), follow the path n° 6 directed to Colle Valcournera.
When arrived to the ref. Vuillermoz,follow the yellow signals, and covering the right side of Gran Lago, in one hour reach the Colle
di Volfrede (pic 2). 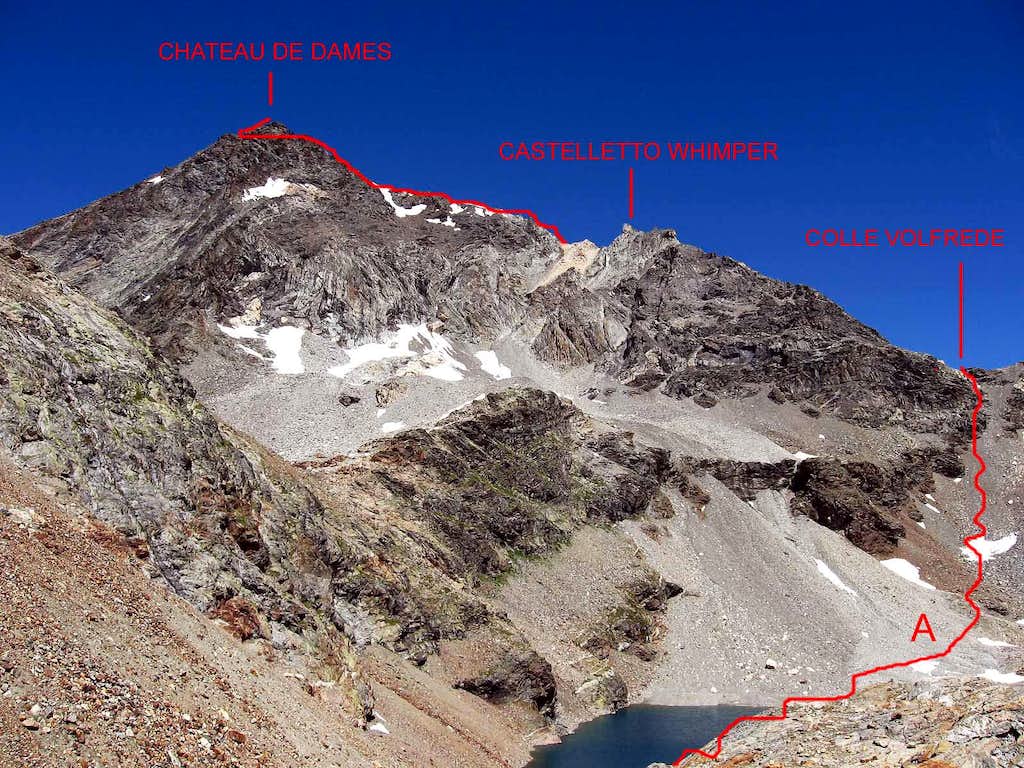 Route "B" from Cervinia

The route starts from the parking of "Albergo Carrel".
Take the path n° 10 direct to "Bivouac Bobba". When arrived to a group of houses called "Montagne Bayettes", leave the path, and go towards the couloir that it comes down from the glacier Volfrede.
The way would have to be marked with red spots. Climb the couloir and than the snow slopes, or go up directly following the rocky spur situated on the right of it (pic 1). Some chains help in the climb.
Both the route arrive in an area covered of snow and broken rocks; just below the Colle di Volfrede. 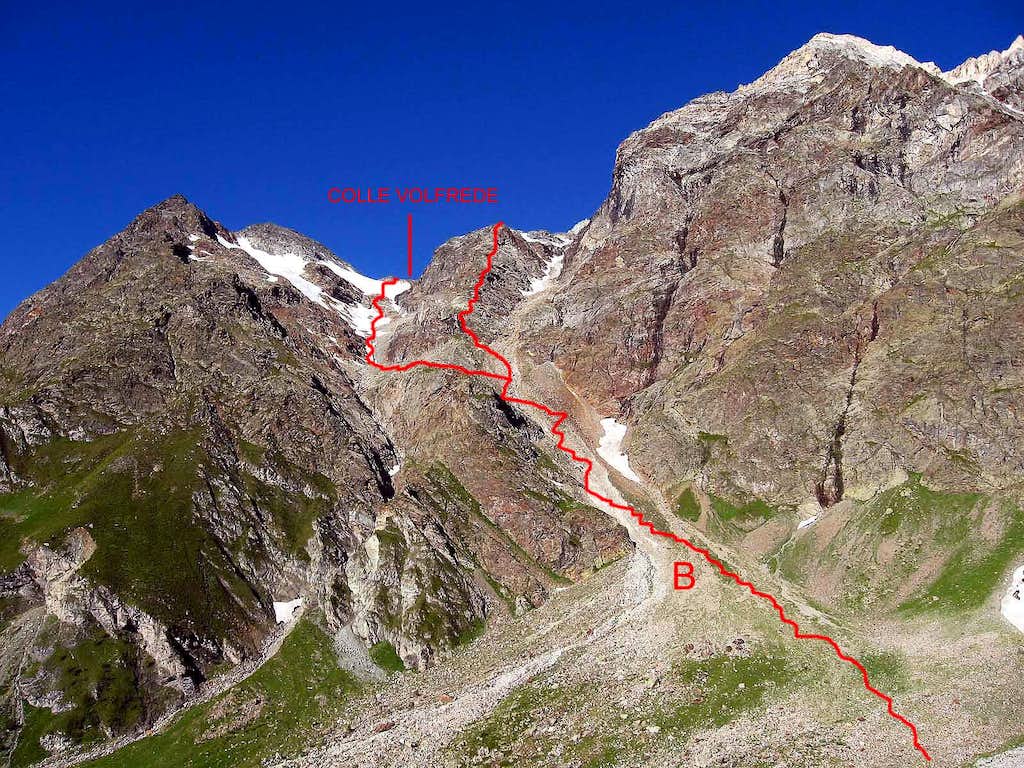 From Colle di Volfrede (3.131m), is possible to climb all the pynnacles of the ridge; easy climb, III° maximum across a spire called "Castelletto Whimper". Or cover the right side of the ridge along slopes of instable stones, and find the safer passage between the ridge and the Glacier de Dames (pic 3).
This choise is more simple, but the cliff is very friable. 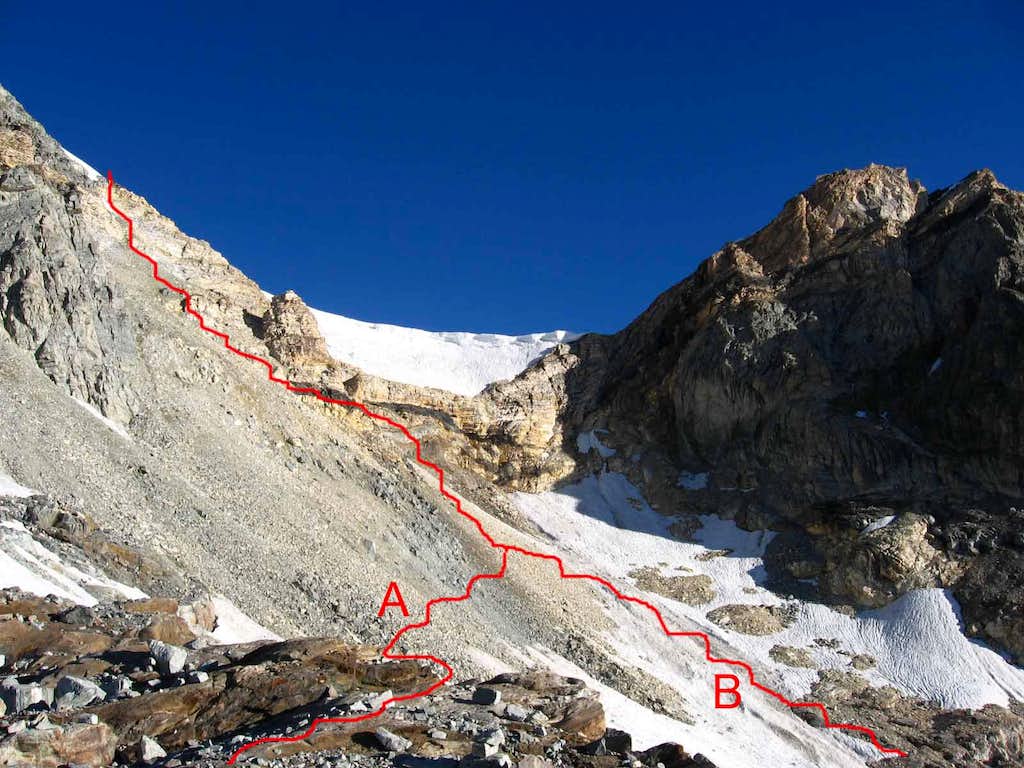