Channel Islands National Park lies off the coast of Southern California. The park is comprised of 249,354 acres, half of which are under the ocean, and include five main islands - Anacapa, Santa Cruz, Santa Rosa, San Miguel, and Santa Barbara. The islands are really the westernmost end of the Transverse Ranges which run east/west.

These islands became a National Park in 1980. They were preserved for their outstanding scenic beauty and diverse and unique natural and cultural resources on land as well as the offshore marine environments around each island. They are home to 2,000 plants and animals, 145 of which are found nowhere else on earth.

This is one of the Lower 48's least visited National Parks because you cannot drive to it. You must take a boat, either private or park concessionaire, or you can also visit Santa Rosa via a small commercial airplane (Channel Islands Aviation). Only about 30,000 people visit the park each year.

Each island offers a different experience. Click here to read about each one's unique features and recreation opportunities. Camping, hiking, kayaking, and snorkeling are popular activities.

The highest point in the National Park is El Montañon on Santa Cruz Island. It is 1812' and the hike there is 9 miles round trip, starting at sea level at Scorpion.

Common wildlife seen on the islands are endemic island foxes, various species of birds including the endemic island jay and raptors, and marine birds such as cormorants and pelicans and marine mammals such as elephant seals and sea otters. It is pretty common to see dolphins and sea lions on the trip to and from the island if you go by boat.

The Channel Islands were inhabited by humans as long ago as 10,000 BC. The northern Channel Islands were home to many native Chumash communities who are believed to have inhabited the islands for thousands of years. When Europeans first reached the islands in the 16th century, they discovered a rich culture dependent upon the resources of the land and the sea for sustenance and survival. The Chumash were seafaring Indians who plied the Santa Barbara Channel in swift, seaworthy canoes called "tomols". The Chumash or "island people" had villages on the northern islands and traded with the mainland Indians.

1542 found the explorer Juan Rodriguez Cabrillo entering the Santa Barbara Channel. Cabrillo, commanding an expedition in service of Spain, was the first European to land on the islands. While on his northbound odyssey of exploration, Cabrillo wintered on an island he called San Lucas (San Miguel or possibly Santa Rosa Island). He died as a result of a fall on that island and may have been buried on one of the Channel Islands, but his grave has never been found. Subsequent explorers included Sebastian Vizacaino, Gaspar de Portola and English Captain George Vancouver, who in 1793, fixed the present names of the islands on nautical charts.

Beginning in late 1700s and into the 1800s, Russian, British and American fur traders searched the islands' coves and shorelines for sea otter. The otter was almost hunted to extinction. The hunters then turned toward the seals and sea lions. Several of these species faced extinction as well.

In the early 1800s, the Chumash and Gabrielino people were removed from the islands and settled in mainland missions. Hunters, settlers and ranchers soon came to the islands. By the mid-1800s, except for fishermen, ranching became the economic mainstay.

In the early 1900s, the US Lighthouse Service (later the US Coast Guard) began its stay on Anacapa Island. The US Navy took control over the Island of San Miguel just before World War II. 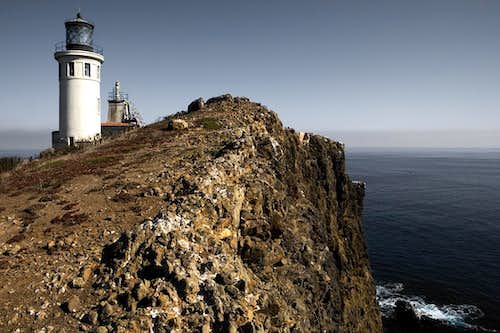 Island Packers is a commercial boat company that offers trips to and from the islands. Their rates are reasonable and their service excellent. Click here for their website which offers plentiful information on their rates, schedules, and trip logistics.

If you wish to take a private boat to the islands, you may need a permit. Click here for more information.

If you wish to fly to Santa Rosa Island, Channel Islands Aviation does offer service to and from. Click here for more information.

The Channel Island National Park visitor center is on the mainland, located in Ventura Harbor. It is just down the street from Island Packers, so before you go or after you come back stop by and see the interesting and informative exhibits. Directions to visitor center. 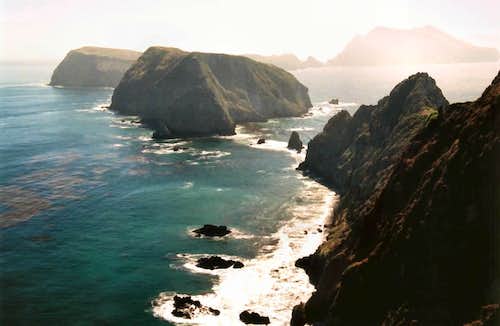 This is a National Park and as such all natural and cultural features are protected by law.

No hunting is allowed and offshore fishing opportunities are limited.

No dogs or other pets may be brought to the islands.

No bicycles are allowed on the islands.

No campfires are allowed on the islands.

The west end of Santa Cruz Island is under the management of the Nature Conservancy and the public is not allowed except by special permit. 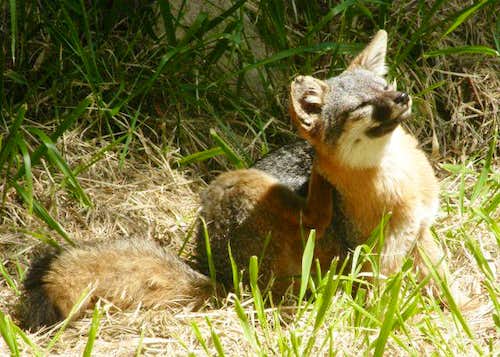 Link to hiking and kayaking maps

A couple short videos I shot while sea kayaking...

The first step is to decide which island you want to visit and which campground. Then you must secure your transportation reservations. Then finally make your campground reservations.

Camping is perhaps the easiest on Santa Cruz Island. This is because the campground here, Scorpion, is only an easy 1/2 mile walk from the boat dock and there is potable water. Santa Rosa Campground also has potable water.  All the other campgrounds on the islands do not have water - so you must bring your own.

To get to Anacapa Campground you must climb up 154 stairs and then hike 1/2 mile. There are 7 sites, 30 people capacity.

These are the developed camping spots - there are also a few backcountry camping spots on Santa Cruz and Santa Rosa Islands. Click here for more info. 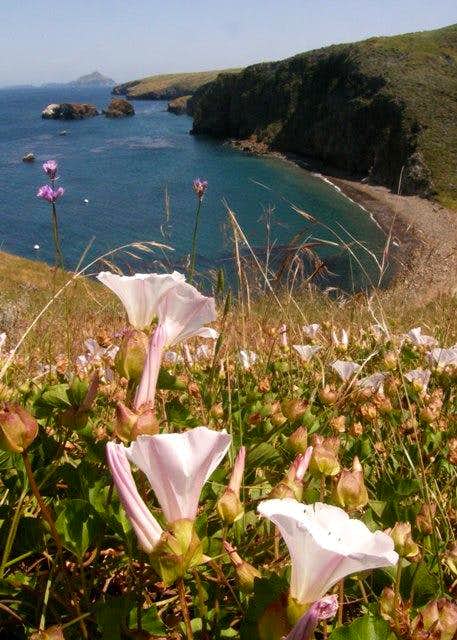 Pack carefully - there is nowhere to buy food or supplies on any of the islands.

Cell phones generally do not work on the islands, except for a few coastal areas where you may get a signal, but never a strong one. If you have an emergency, contact a park ranger.

Avoid steep cliff edges - both when hiking or kayaking under them. 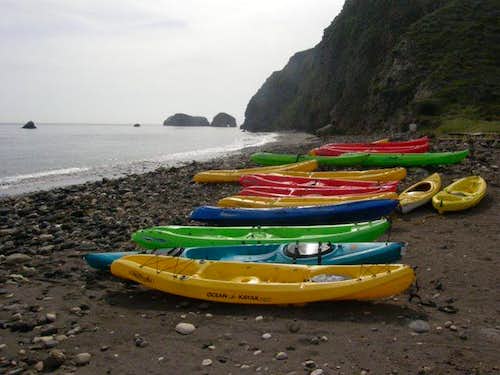