The northernmost wall at North Shore, and thus the last reached from the access trail, Cheap Beer Wall has six routes, two moderate and the other four difficult. Five of them are bolted routes; the one that is not has sport anchors easily reached from a neighboring route's anchors, and so it is a toproping route.
As the name suggests, all the routes are named for cheap (crappy) beers.
The routes went up in 2005, and the limestone is still sticky and sharp.
By far, the best source for this wall and others here, whether online or in print, is John Hogge's Austin Climbing: Sport Routes and Deep Water Solos. 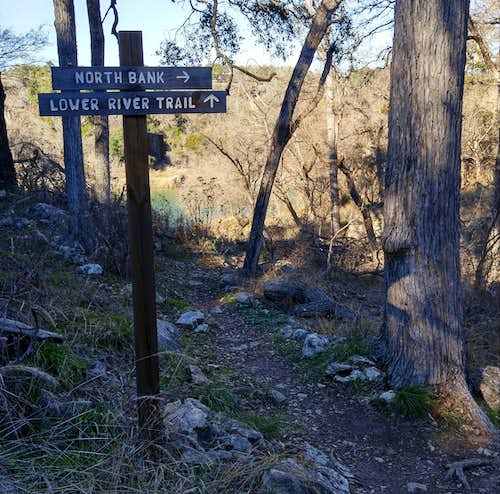 Trail Split-- go right for all but Matrix, Dude, and Unleashed
Reimers Ranch is located off Hamilton Pool Road about 6 miles west of its intersection with Ranch Road 12. It is about 45 minutes west from downtown Austin.
Once through the entrance station, drive to the end of the road (around 4 miles from the entrance station), following signs for "North Bank."
The main access trail starts by the trash bins. By the disabled spots there is a trail that provides access to locations from which to rappel to Unleashed Wall or The Dude Wall.
Take the main trail down and then bear right, crossing the stream, at the junction shown above. Walk 10 minutes or so until you reach Cheap Beer Wall.
There is another way to access the wall. From parking, take the trail down into the drainage, cross the creek, and then scramble up the opposite-side cliffs (there is an easy break to the right). Then cross-country it along the rim until you see the sign below. 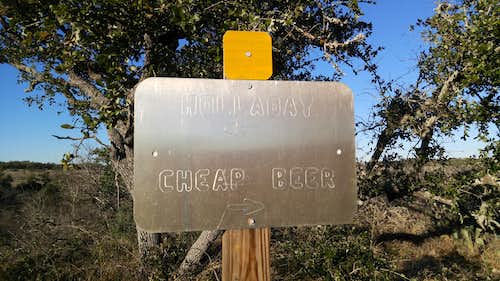 Sign Up Top
After passing the sign, look for a way to scramble down; it will put you just climber's left of the wall.
From the wall, this is how the entry/exit looks: 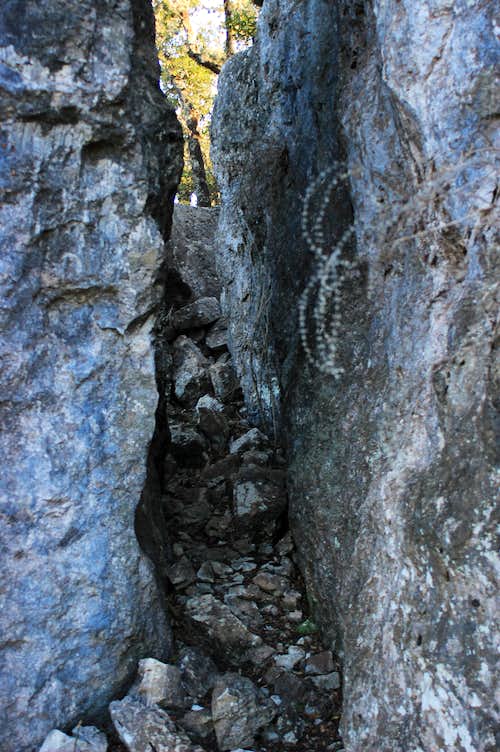 From left to right as you face the crag:

Trad on limestone can be hotly debated. The Mountain Project page for Mickey's Big Mouth mentions it as a trad route as well as a TR one. While toproping it, I did not feel the rock could be trusted to hold falls on gear, especially cams, though I know the MP author did place some cams. So, I "led" it while backed up on a fixed line. With only stoppers and hexes, I found plenty of good placements. However, I will repeat that I don't think I would trust this rock to hold a fall on gear, though I have since led it without a backup. 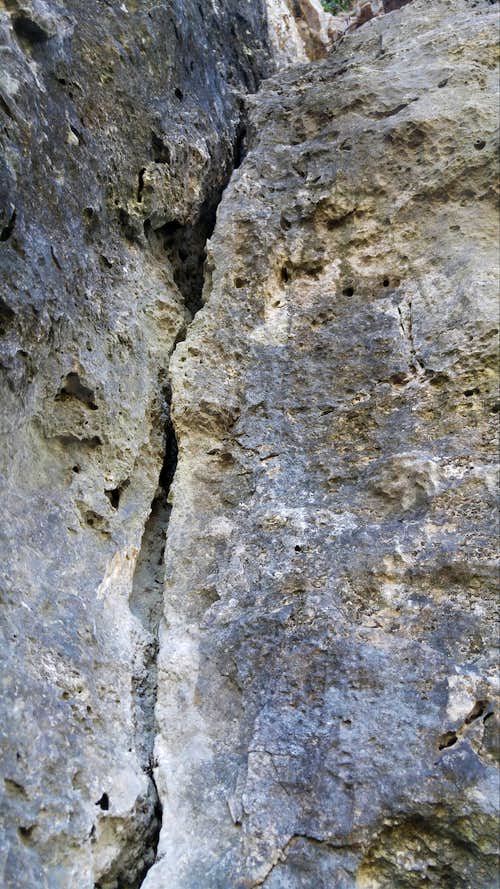