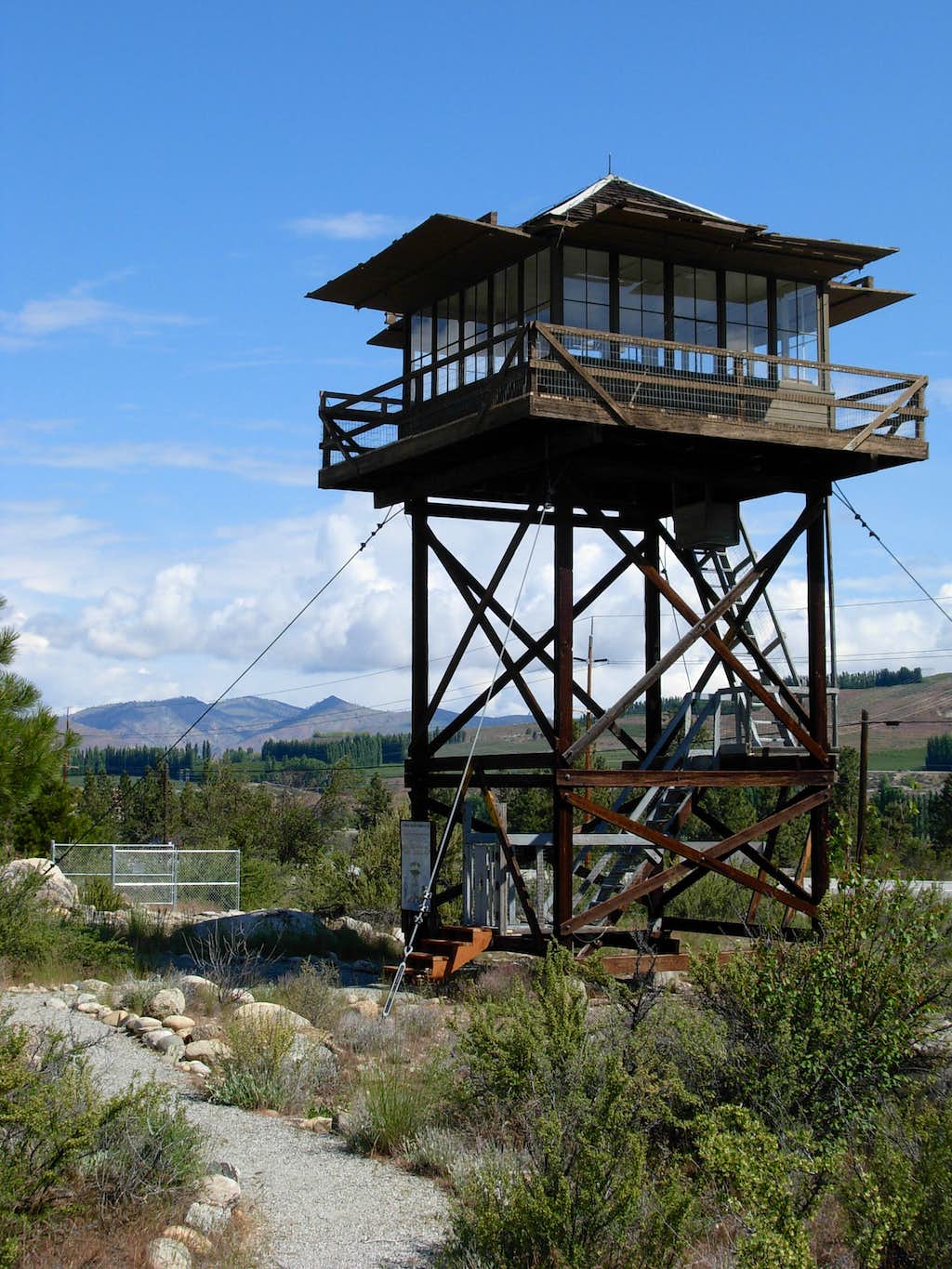 Chelan Butte Lookout. The lookout was built on the summit of Chelan Butte, located near the southern end of Lake Chelan, Washington, in 1938. The lookout was actively used until 1984. In 1990, the building was added to the National Register of Historic Places. Then, in an effort to preserve the lookout structure, the building was removed from the Chelan Butte summit in 1995 and moved to the town of Entiat in 1996. Photo taken on May 8, 2010.
« PREV NEXT »