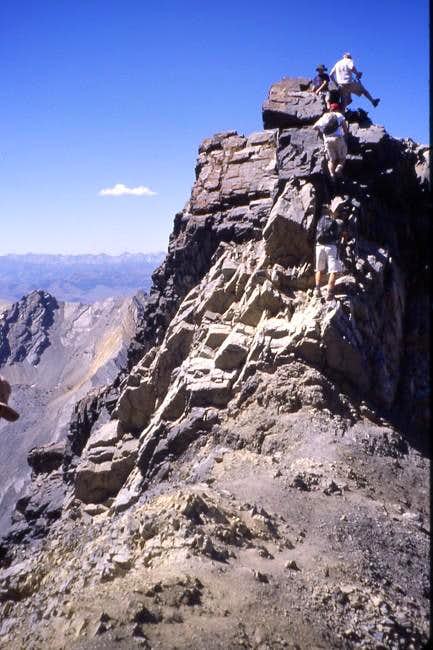 The final step of "Chicken Out Ridge." There was no fixed rope when we were there as is shown in some other photos. Note the snow bridge is non-existant in this early August 2003 photo. You actually descend this rock step on your way up the mountain and ascend the rock on your way down the mountain. On our way down we had to wait awhile for swarms of others (still heading up) to come off the rock before we could climb up. Note that there is a significant run-out on either side of this photo in the unlikely event that you fall here- August 9, 2003
« PREV NEXT »