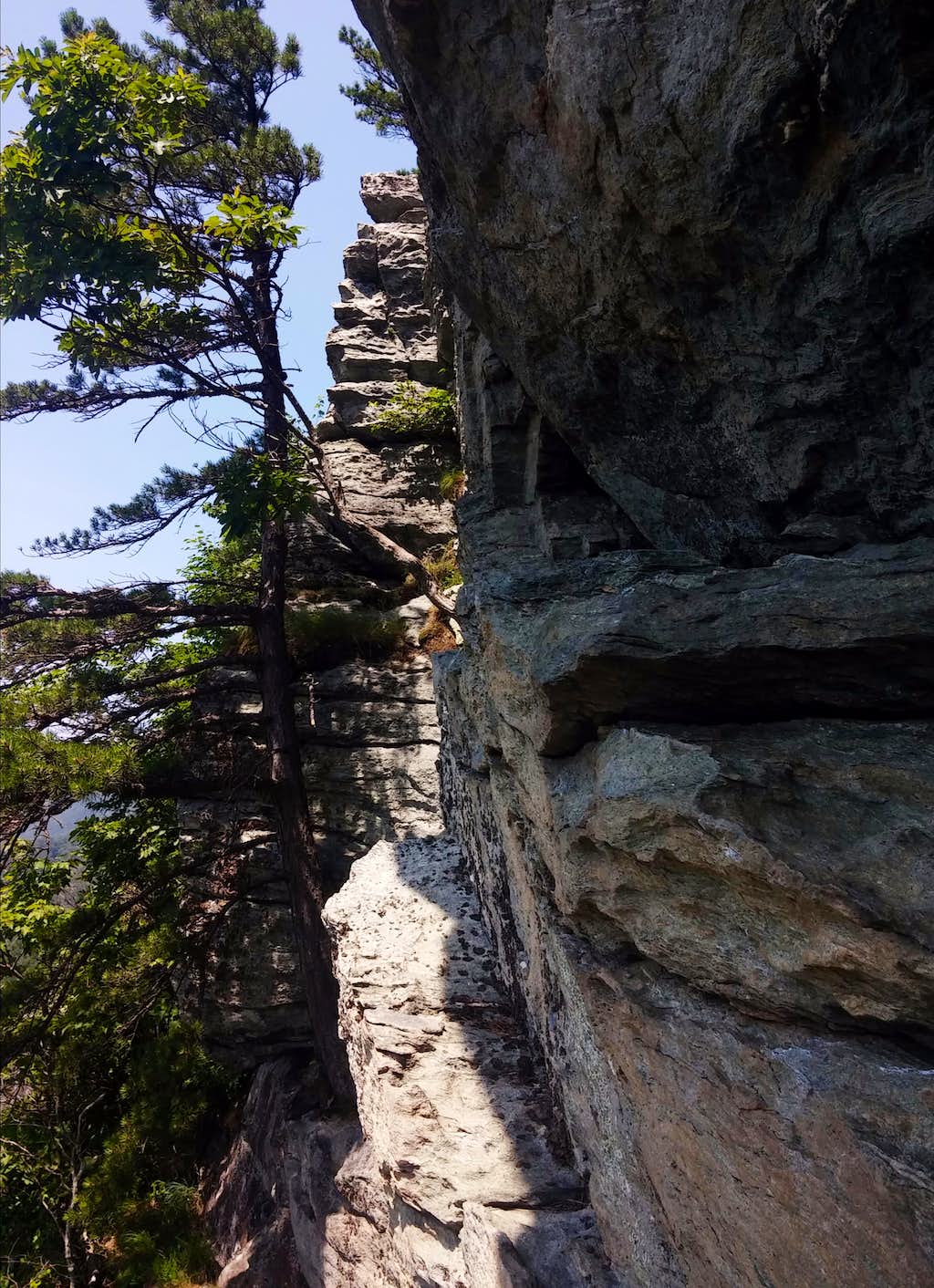 Descriptions suggest that you pass this feature as you go across vegetated ledges and scramble up to a bigger ledge. We left the belay ledge and used a slightly higher one to reach this spot and then climbed to the big ledge, where we found a walk-up route to the summit as opposed to the easy chimney that others apparently rope up for. This pitch was definitely harder than anything else on the Prow route was. Getting into the chimney from the ledge was spicy, and the crux move in the chimney felt clearly harder than the route's 5.4 rating. I would put it at 5.6. Linville Gorge, NC-- June 2015
« PREV NEXT »

...been to that area of the Gorge yet, but have seen it from the other side. Looks impressive from a far...as well as from this shot.

Hope it was a good trip for you, as well as Jack.

There are some great climbs on that wall, with a rough approach. It was a good trip; we did three multi-pitch climbs, but the hot sun wore Jack out.